That sound you hear? A world of foodies frantically hitting refresh on their keyboards, waiting for the next round of reservations to come online for Noma 2.0. Opened in February, one year after the closure of the two-Michelin-star original, chef-owner René Redzepi’s latest temple to new Nordic cuisine is inspiring curious diners to hop a flight to Copenhagen (assuming they can snag one of the just 40 seats available for lunch and dinner, four days a week). And when they get there, they’ll find a city where the passion for food runs deep—and where all the global culinary attention has engendered a creative spirit that’s grown beyond the dining table.

Set in a former graffiti-covered sea mine depot, reenvisioned with Scandinavian simplicity by starchitect Bjarke Ingels, Noma 2.0 is spread over 11 buildings, each with a specific purpose, from butchering to fermentation. At its core are three greenhouses and a 2,100-square-foot garden—a must for a restaurant where the menus will rotate over three “seasons”: Seafood, with a focus on Scandinavian products; Vegetable, with goodies foraged from the urban garden; and Meat and Forest, a tribute to all things wild. 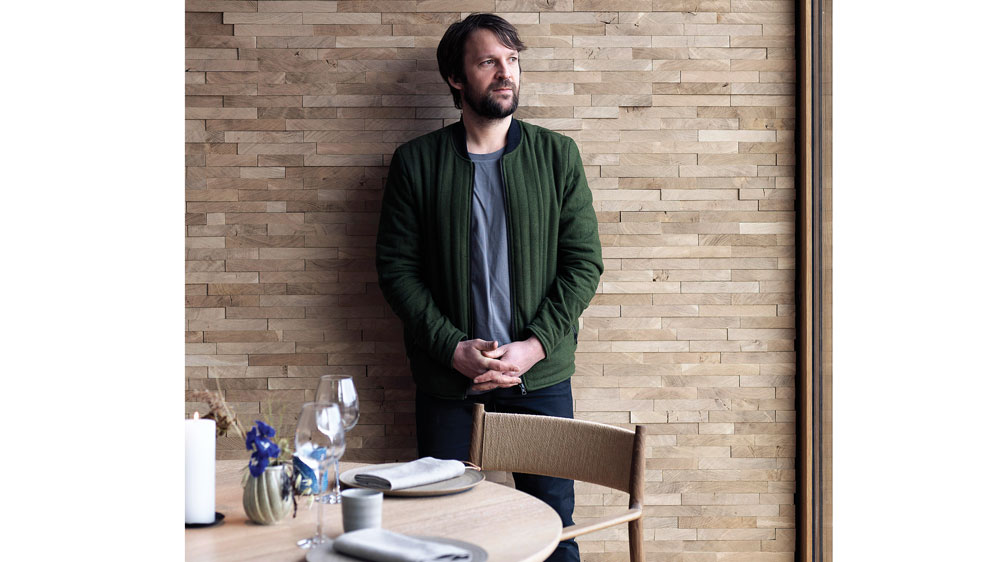 When it first opened in 2003, Noma was considered revolutionary for this focus on fresh Nordic ingredients. “Before Noma, nobody talked about Danish gastronomy,” says Pelle Øby Andersen, founder and director of Food Organization of Denmark (FOOD), a non-profit dedicated to promoting Nordic and Danish gastronomy, nature, and agriculture. “Fine dining was very much French-influenced, and there was more status in a carrot bought in a Paris market than one growing in a field outside your restaurant.” But today, Copenhagen’s culinary landscape is all about the hyper-local and super-fresh, even at the casual and home-cook level—which may be Chef Redzepi’s true legacy. “Almost all supermarkets in Denmark now have a local food section, and we’ve become one of the top countries in the world for organic food sales per capita,” Andersen notes.

Indeed, the Noma effect can be felt throughout Copenhagen, including at a host of new fine-dining restaurants that are taking farm-to-table to the next level. At Amass, American expat Matt Orlando—a former Noma head chef, as well as a veteran of Per Se, Le Bernardin, and the Fat Duck—crafts dishes designed to showcase the 80-plus types of vegetables, berries, herbs, and flowers grown in his vast sustainable garden. Former Noma sous chef Christian Puglisi oversees several restaurants in town—including Relæ, one of the few organic-certified restaurants with a Michelin star—as well as Farm of Ideas, an organic farm and educational center just outside the city. And over in the famed Tivoli Gardens, chef Mette Dahlgaard’s Gemyse is replacing standard amusement-park fare (no hot dogs or nachos here) with creative veggie-forward plates stocked with wild herbs and edible flowers, from both local farms and the on-site garden. “Denmark is a farming country, so we’ve always had the products,” says Dahlgaard. “Only now, we’re using them in ways that are new and inspiring.”

And there’s plenty more homegrown pride to go around: Copenhagen’s culinary profile is just the beginning of a new citywide scene—one where mixologists are shaking up Nordic flavors in a glass, new hotels are bringing fresh energy to classic Scandinavian living, and fashion designers are eschewing traditional minimalism with an independent streak. Read on for the latest and greatest in this Danish capital on the rise.

Bravo Sierra to Enter Walmart Following $17 Million Series B Round

After a $6B Payday, Cricket Prepares to Stake Its Claim in the U.S.