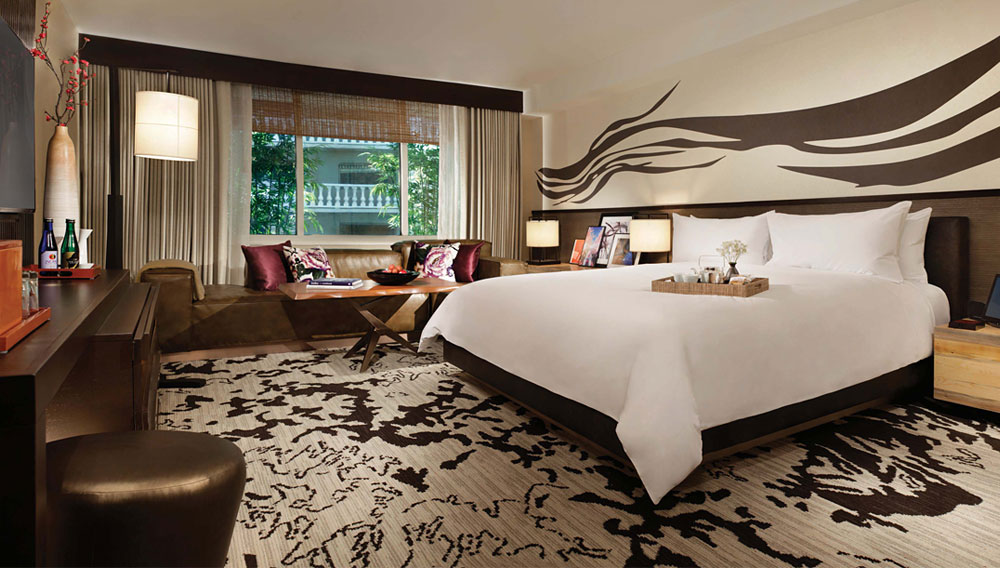 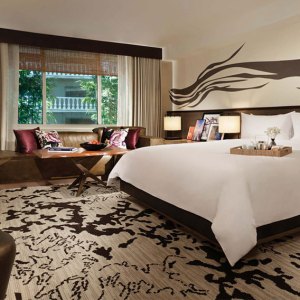 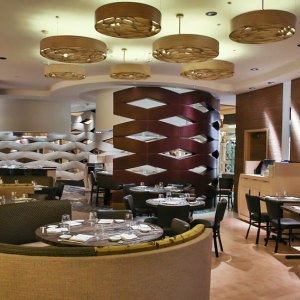 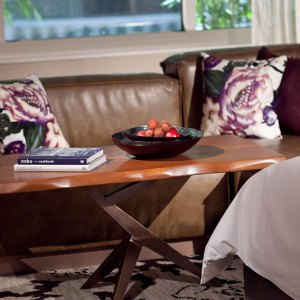 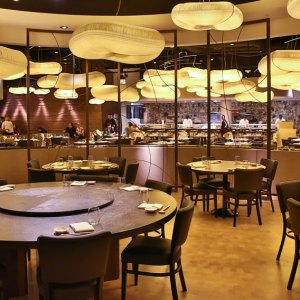 Nobu Matsuhisa, the Japanese chef whose distinctive take on sushi made him a global celebrity with 26 restaurants around the world, recently opened the doors to his first hotel. Located within the Caesars Palace hotel and casino on the Las Vegas Strip, the Nobu Hotel features 181 rooms, including 18 suites, all designed by the architect David Rockwell, who is also responsible for designing most of the Nobu restaurants. Standard guest rooms at the Nobu Hotel are now available—rates start at $249 per night—and the suites and penthouses will be available in April, with the three-bedroom, 5,600-square-foot Nobu Villa opening this fall.

With the new hotel, Matsuhisa also opened the world’s largest Nobu Restaurant and Lounge. Located at the base of the hotel, the 12,775-square-foot restaurant has 327 seats. The chef devised a special room-service menu for the hotel’s guests, so they can enjoy world-famous Nobu cuisine from the comfort and privacy of their hotel rooms. (www.nobucaesarspalace.com)