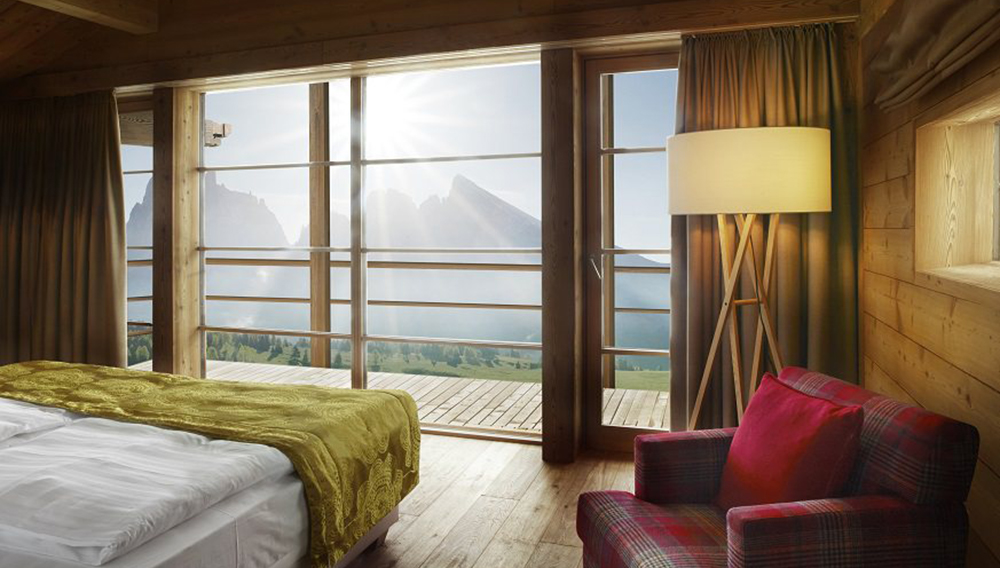 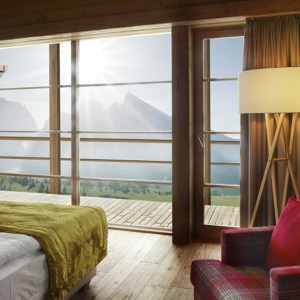 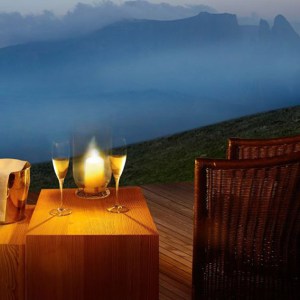 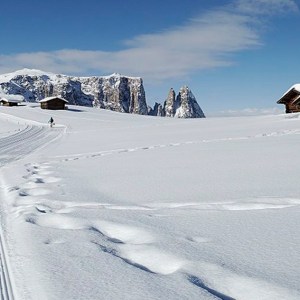 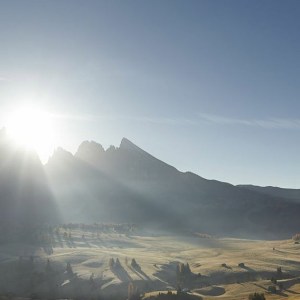 From the balcony of the Dolomites, the new Adler Mountain Lodge showcases some of Italy’s most dramatic peaks.

Why Go: Europe’s largest upland meadow—the Seiser Alm, at 5,900 feet above sea level—has an unparalleled, almost eye-level view of Italy’s Dolomite mountain range. The jagged fingers of the Langkofel peak, formed underwater as a coral reef 230 million years ago, look otherworldly from the alpine plateau. More than 220 miles of marked hiking trails surround the area, and in winter the downhill and cross-country skiing options are endless. Now the Seiser Alm is also home to a lodge more than a decade in the making that showcases the views at every opportunity.

What to Expect: What was to become of Adler Mountain Lodge’s protected location—the site of a hotel from 1930 to 1980—was hotly debated by local commissions, government boards, and the property owners, who purchased the land in 1997. Instead of a hotel, the owners eventually chose to build a 30-room lodge inspired by places they stayed during vacation in Namibia. A main building with a dining room, a pool, spa facilities, and several rooms (from $320) is surrounded by 12 stand-alone chalets. The wooden buildings resemble old Tyrolean mountain dairy huts. Reddish alpine larch furnishes the chalets and lounges, while a local spruce typically used to make musical instruments covers the walls in the suites. The place to be when the Langkofel is lit up by evening alpenglow is in the heated brine pool, to witness the fiery spires rising out of the steam.

How to Get There: Guests planning to drive themselves to the lodge will receive a permit for the restricted-access road upon booking. To arrive without a car, catch the cable car from either Ortisei or Siusi to the nearby top station at Alpe di Siusi. Innsbruck, 67 miles away, is the closest international airport. (+39.0471.723.000, www.adler-lodge.com)