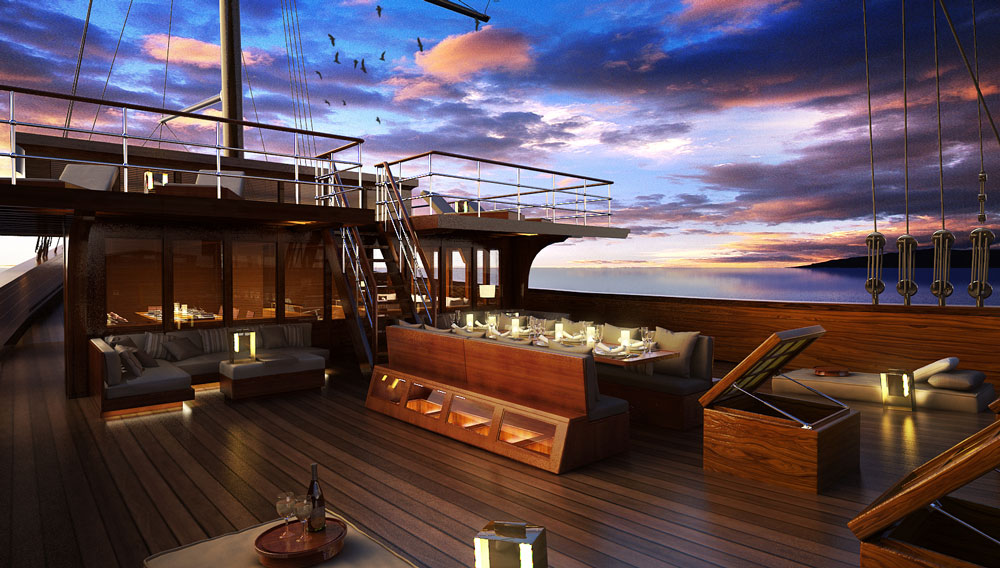 Why Go: When Amanresorts launched Amanikan in 2010, the expedition ship was a much more refined travel option for divers seeking access to two highly praised, remote areas of Indonesia. In May, the equally luxurious Amandira launched on the same routes but with five guest cabins instead of the two found aboard the Amanikan. The two-masted phinisis can be chartered separately or together, accommodating parties of up to 14. The 170-foot Amandira sails with a crew of 14, including a private chef and a dive instructor. Three of its cabins include en suite bathrooms and small living areas, while the other two cabins are furnished with double bunks. While cruising through turquoise waters and karst forests, passengers can relax in the bar, the library, the lounge, the entertainment room, and on the teak foredeck.

What to Expect: Depending on the time of year, Amandira passengers will access Komodo National Park and the surrounding Lesser Sunda Islands or the Raja Ampat archipelago. From May to October, the seven-night Komodo Expedition (from $42,850 for one couple, all-inclusive, exclusive-use) operates some 200 miles east of Bali. In between land expeditions to view the world’s largest lizard, the Komodo dragon, divers can explore the Flores Sea. The final two nights of the trip are spent on Moyo Island at the Amanwana resort, an encampment with luxury tents surrounded by incredible dive sites, macaque monkeys, and virgin beaches. In November, the ships move northeast near West Papua, where they operate until mid-March. The Raja Ampat Expedition (from $45,750 for one couple, five nights, all-inclusive, exclusive-use) sails through some of the most beautiful, hard-to-reach waters on earth. Where the Indian and Pacific oceans meet, nutrient-rich water feeds an incredibly biodiverse underwater haven that is home to 15 mammal species, 1,300 fish species, and 75 percent of the world’s known coral species.

How to Get There: Amanresorts recommends accessing both excursions through Bali, where flights to Labuan Bajo (for the Komodo expedition) and Sorong (for the Raja Ampat expedition) are available. (amanresorts.com)