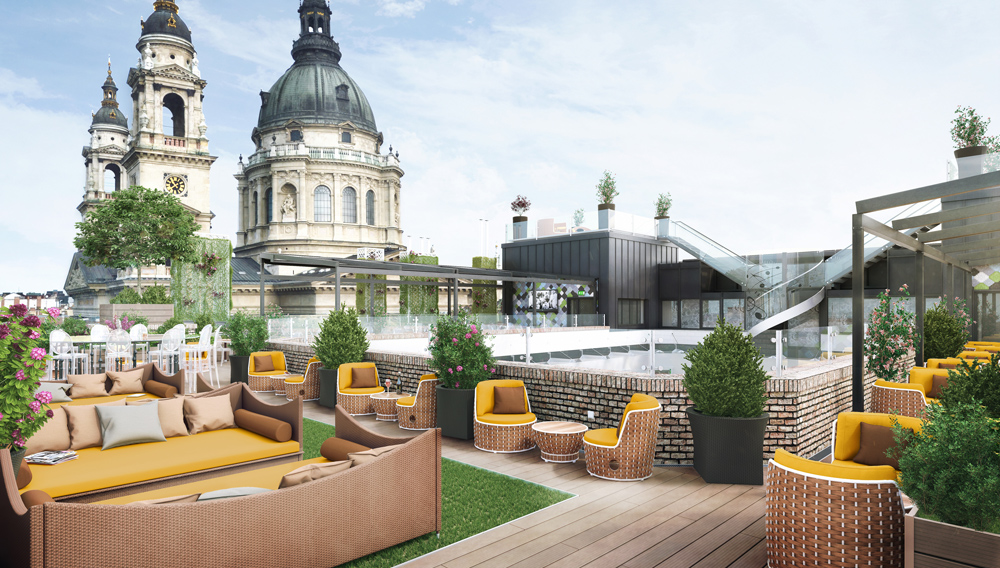 Why Go: The Aria Hotel Budapest does not offer your average city stay. The hotelier Henry Kallan has made a name for himself by developing distinctly themed properties, and his first hotel in Hungary is no exception. Opened in March as the sixth property in the Library Hotel Collection, the 48-room hotel has four themed wings, dedicated to jazz, contemporary, opera, and classical music, with rooms ranging in size from studios to two-bedroom suites. Classical and opera rooms reflect the hotel’s 19th-century exterior with coffered ceilings and Murano-glass chandeliers. Rooms in the jazz wing are meant to feel like a 1920s club, with exposed brick and chrome accents. The contemporary wing celebrates pop art of the 1970s with tributes to the Supremes, the Beatles, and Elvis Presley, among others. Brightly colored caricatures of the entertainers hang over each bed. Guests can find recordings of artists featured throughout the hotel in the hotel’s music library, which is accessible via in-room iPads.

What to Expect: Aria’s musical tributes are not confined to its guest rooms (from $235). If visitors are not aware of the hotel’s musical theme prior to arrival, the ceramic-tile floor at the entrance will be a sure indicator. The bold white-and-black piano-key pattern leads from the front door to a grand piano in the lobby. Each night, an adjacent screening room shows recordings of ballet, concert, opera, and other musical performances. At Harmony Spa, a mosaic of a five-piece jazz band seemingly hovers over the surface of the pool, and a subset of the treatments have corresponding musical playlists. Set on the roof of the seven-story building, the High Note SkyBar looks out on the adjacent St. Stephen’s Basilica and the historic heart of Pest.

How to Get There: The hotel is a 3-minute walk from the Bajcsy-Zsilinszky Metro station. Prior to their visit, guests can contact the hotel concierge to book a transfer from the airport, which is about 20 to 30 minutes away by car. (ariahotelbudapest.com)