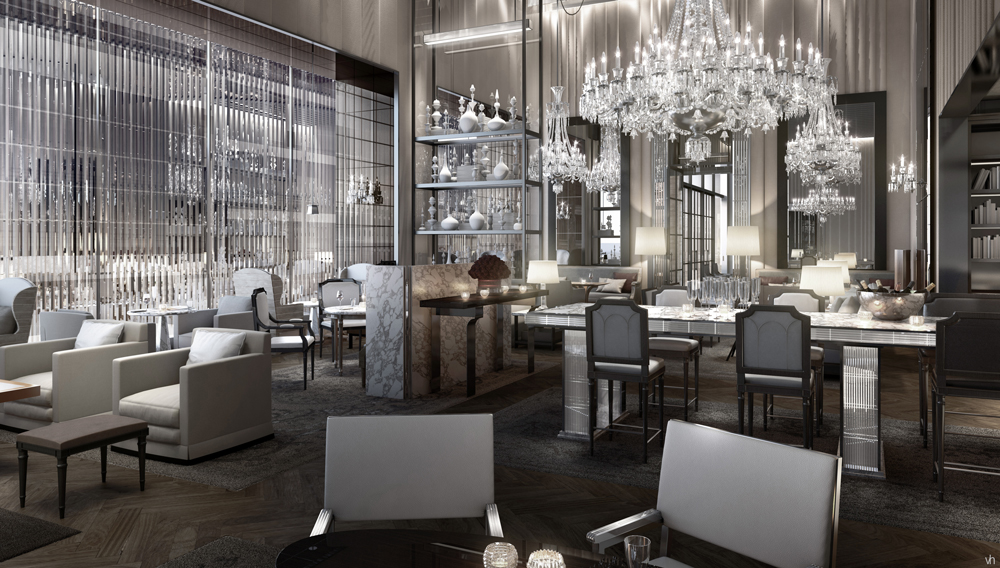 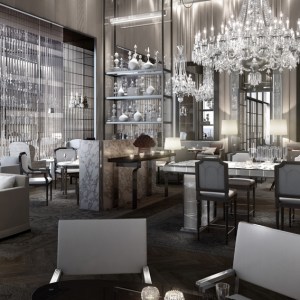 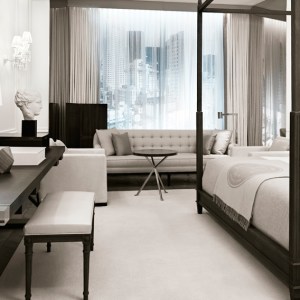 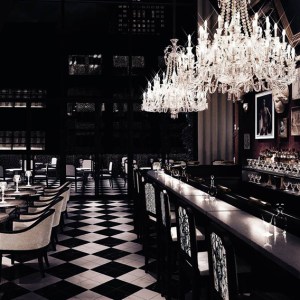 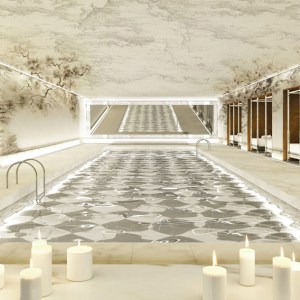 Why Go: Like Alice falling down the rabbit hole to Wonderland, visitors entering Baccarat’s New York City hotel will be transported to another world. It is as though after entering the Grand Salon, one’s vision turns black and white—an effect conceived by the French design studio Gilles et Boissier. Soft lighting, a color palette of Champagne, ivory, and platinum, sparkling Baccarat crystal chandeliers, and 2,000 hanging Harcourt glasses are among the sights to behold. The 251-year-old French glassworks will open its 50-story glass tower to the public on March 9.

What to Expect: Hundreds of vertical crystal panels reaching three stories high mark the entrance to the hotel, which occupies the first 12 stories of the new tower. The centerpiece of the Grand Salon is a 64-arm crystal chandelier. The adjacent Petit Salon displays rotating selection of Baccarat heritage pieces. Outside each room and suite (from $900) is a mirrored case displaying artistic reinterpretations of Baccarat crystal works. The one-bedroom Baccarat Suite includes a dining room and media room and, as in all accommodations at the hotel, tablets that control the climate, the lights, and requests made with hotel staff members. Chef Shea Gallante came over from the Michelin-starred Cru to oversee the French cuisine at Chevalier restaurant. A basement-level pool surrounded by cabanas and four treatment rooms of the La Mer spa—the brand’s first outpost in the United States—is a wonderland within a wonderland.

How to Get There: The drive in from JFK is around 45 minutes. Baccarat’s red 1970 Citroën DS will drop off and pick up guests within a 15-block radius of the hotel. (baccarathotels.com)