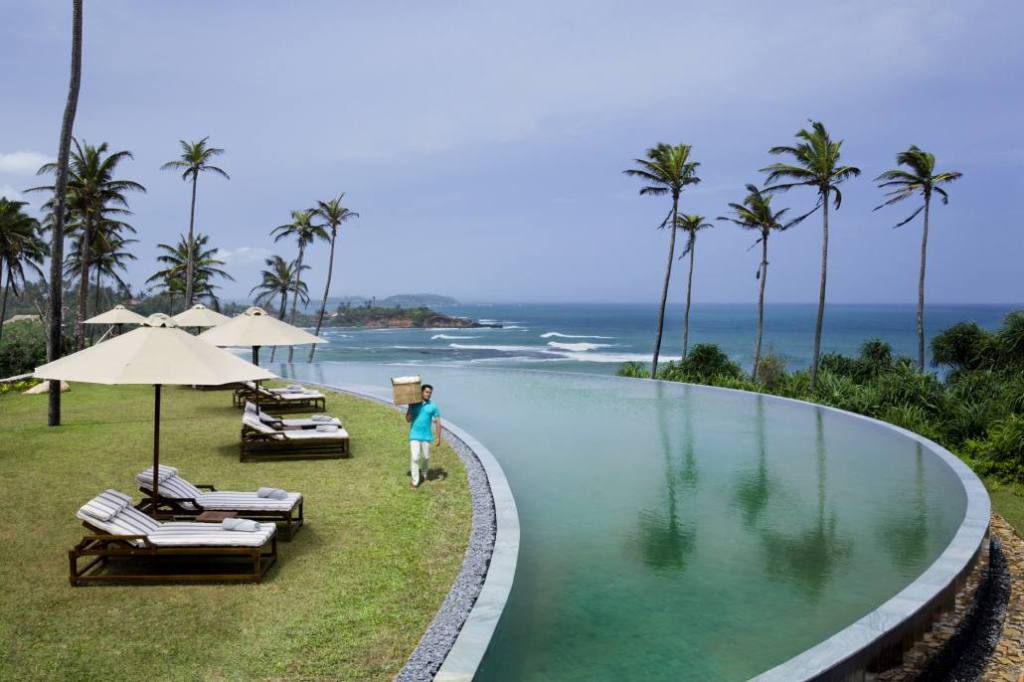 Sri Lanka’s Cape Weligama resort is the new jewel of the south coast.

Why Go: Since the government of Sri Lanka defeated the Liberation Tigers of Tamil Eelam in 2009, a handful of very high-end luxury resorts have begun thriving in the country. Sprawling accommodations, pristine pools, gourmet dining, and privately led excursions through tranquil tea fields and ancient ruins have become the norm, not an exception. The renowned Amanresorts has two outposts on the island, and Ulagalla opened in 2010 to high praise. The group Resplendent Ceylon, owned by the Ceylon-tea brand Dilmah, has been operating Ceylon Tea Trails in the central part of the country since 2005. Its newest project, Cape Weligama, showcases the country’s south coast. Four additional locations are under development.

What to Expect: Cape Weligama occupies a 12-acre headland on Sri Lanka’s southern tip. The complex of 40 villa accommodations (from $605, all inclusive), restaurants, pools, and bars resembles a Sri Lankan village with terra-cotta tile roofs. Intimate wattas, or walled gardens, divide the property; each encloses a pool and two or three villas, where butlers deliver fresh pots of Ceylon tea and juices and arrange in-room spa treatments and daily activities. The area is known for reef and wreck diving, snorkeling, surfing (on nearby Weligama Bay), big-game fishing, and whale and dolphin watching. On land, the resort’s guides take guests by private car to see crumbling forts, cities with cobblestone streets, and national parks. The crown jewel of the resort is the huge crescent-shaped Moon Pool perched above 100-foot oceanfront cliffs.

How to Get There: The drive from Colombo’s Bandaranaike International Airport is three hours; Cinnamon Air runs a daily air-taxi service from the airport to the Koggala airstrip, located 12 minutes by car from the resort. Helicopter transfers are available from Deccan Aviation. Guests can also fly directly by seaplane from Cape Weligama’s sister property Ceylon Tea Trails. (+94.11.774.5700, www.capeweligama.com)