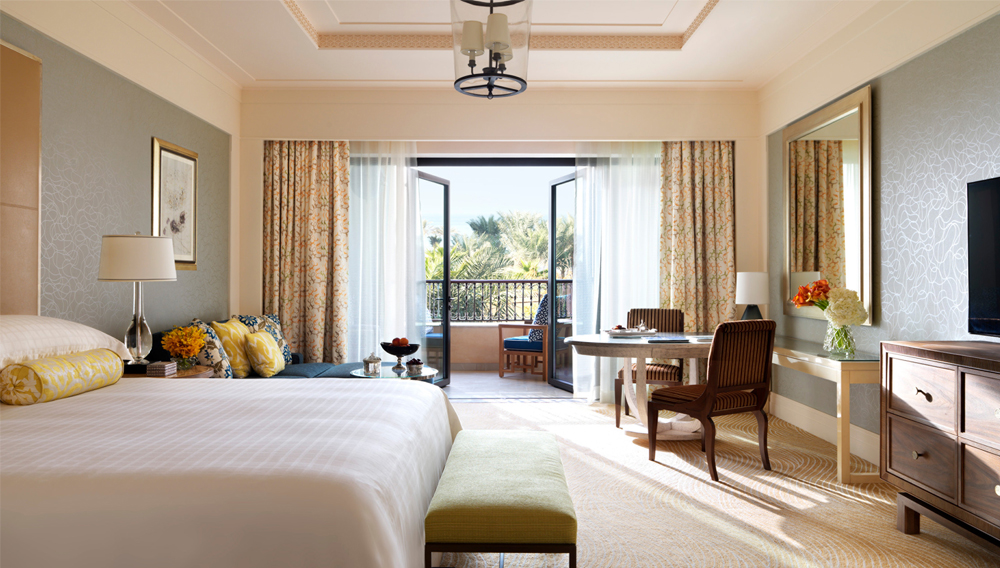 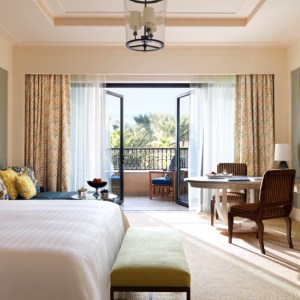 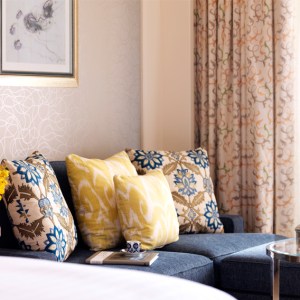 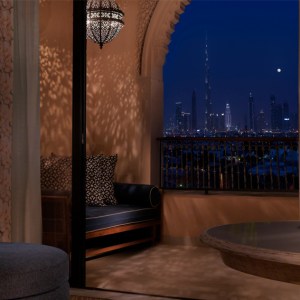 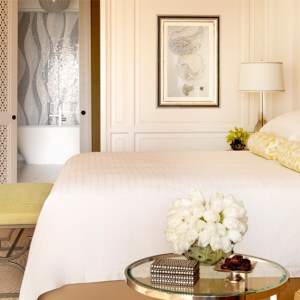 The first Four Seasons in the United Arab Emirates woos guests with supreme service and a privileged location on Dubai’s Jumeirah Beach.

Why Go: In a city famous for spectacle, Four Seasons has opened a hotel whose most striking quality is simply that it is a Four Seasons. More than any gimmick, the Toronto-based Four Seasons is famous for its service, which the hotel is focusing on rather than adding Dubai-scale attractions. Over 50 percent of the more than 400 staff members transferred from other Four Seasons properties, and the hotel’s general manager flew around the world to meet and hire the rest of the staff. The North America–based architects WATG and interior designers BAMO added touches of Dubai-style extravagance throughout the building. Gold leaf creates a striking geometric pattern on the lobby ceiling, and purple leather wall coverings contribute to the feel of a British club in Hendrick’s Bar.

What to Expect: The hotel is located on the north end of Jumeirah Beach, which is convenient to both downtown and wide, sandy beaches. Guests walk into a lobby and see, through a 33-foot-tall arched window, a manicured lawn, palm trees, and the ocean. Of the 237 rooms (from $600), 49 are suites. The fifth-floor Royal Suite is the largest, with a gym, spa, and living room. Five restaurants to be overseen by big names including Jean-Georges Vongerichten will open adjacent to the resort. In-house are two restaurants and three lounges; Suq is the largest, with six cooking stations and takeaway options. The hotel also has a beach club and a spa, as well as an exclusive lounge featuring a resident DJ.