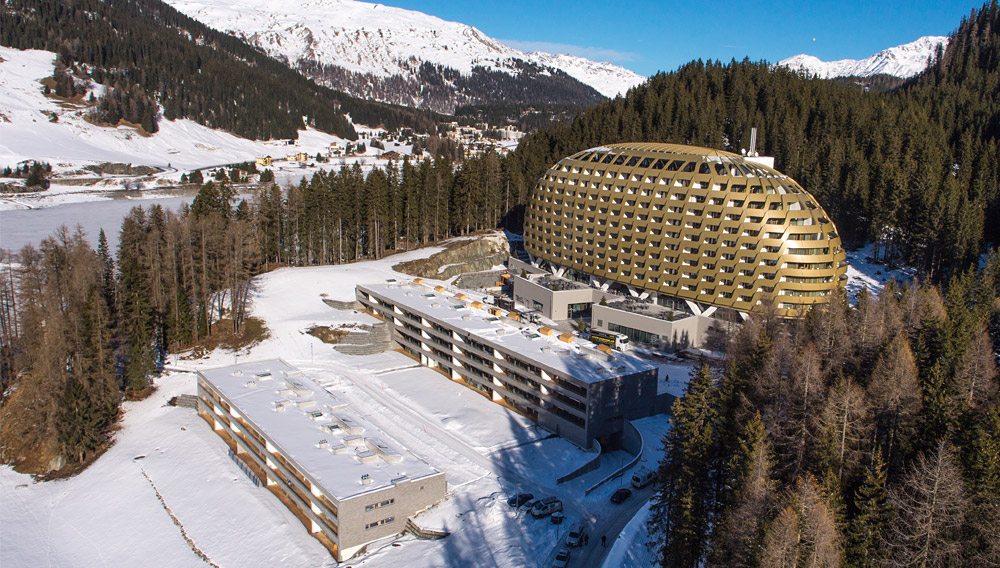 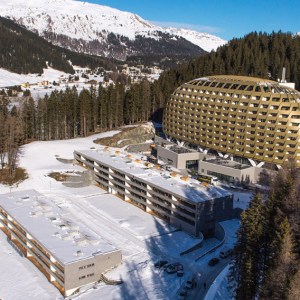 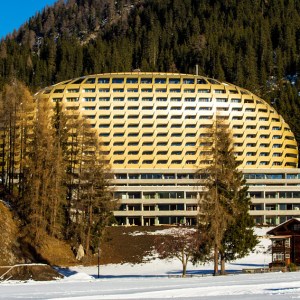 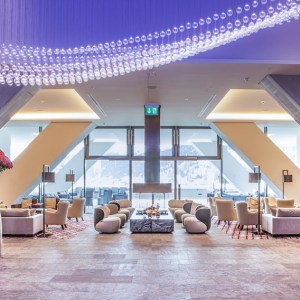 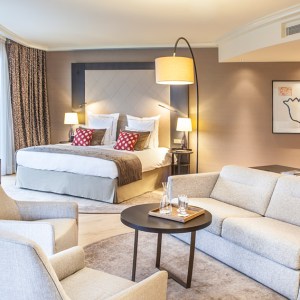 Why Go:Among Swiss Alpine towns, Davos earns the gold medal for largest resort and highest city—it is the highest city in Europe, in fact, and it hosted the 2014 World Economic Forum. There are 58 ski lifts among its well-maintained pistes, known for having consistent snow cover. The town is a proper city rather than a quaint village, with a wide range of restaurants, shops, and outdoor activities in both the winter and summer months—though keep in mind that at 5,250 feet above sea level, snow is possible year-round. Since the 10-story InterContinental opened in January, watching the snow fall from within the golden egg has become a coveted pastime.

What to Expect: Mountain and city views from the InterContinental’s 216 rooms (from $400) are the best in Davos, bar none. The $170 million hotel caters to large conference business and leisure travelers. The open-plan lobby could easily hold several hundred people. The rooms are among the most spacious in the city, with a modern, corporate touch. Studio Grigio, a restaurant and bar on the top floor, features black leather seating and a cigar lounge; the Capricorn brasserie is light and airy, with floor-to-ceiling windows. From Capricorn’s terrace, a walking path leads past Davos Lake and continues to the city center, where guests can catch a complimentary shuttle for the return trip.

How to Get There: Zurich is the nearest major airport, three hours from Davos by train. The InterContinental is the only hotel in Davos with a helipad. (+41.81.414.04.00, www.intercontinental.com/davos)