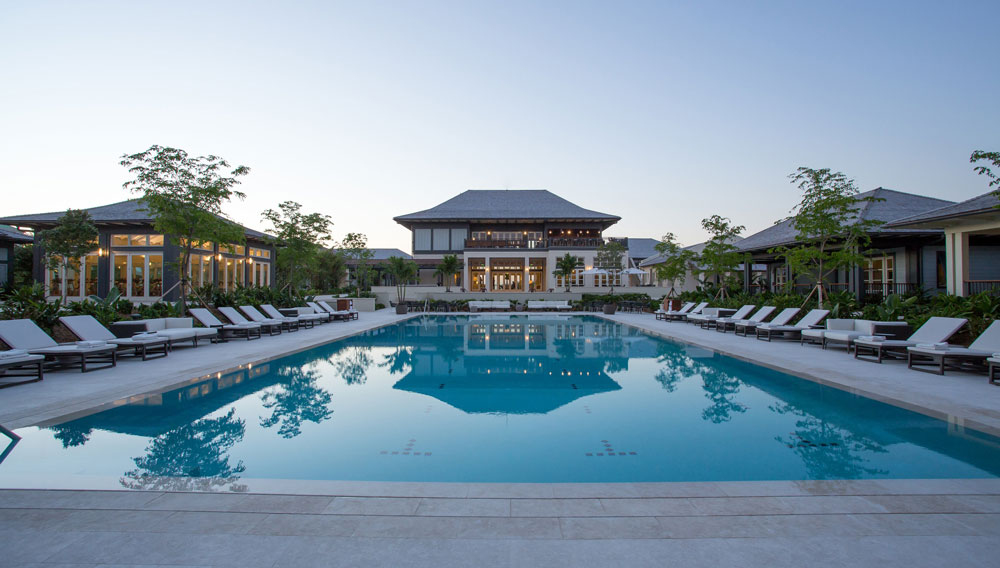 Why Go: If Nassau conjures images of mega resorts and cruise ships, you should expect the opposite of the Island House. A 20-minute drive west from the city center of Nassau, the 30-room hotel opened in April in western Nassau near the gates of the Lyford Cay community. Its owners, the Holowesko family, are longtime Lyford Cay residents. They opened the successful Mahogany House restaurant in 2010 and built the hotel on 10 acres next door. Mark Holowesko runs Templeton Capital Advisors and is a former Olympic sailor, triathlete, and four-time Ironman finisher. His daughter Lauren, the hotel’s project manager, brings an art-business master’s degree from Sotheby’s Institute of Art, London.

What to Expect: Not surprisingly, the fitness programs and arts-and-culture offerings at the Island House go above and beyond. Upon entering the hotel, guests walk into an airy open-concept, living-room-style lobby with striking Bahamian art installations and high ceilings. On the second story, Shima serves Southeast Asian cuisine in a dining room overlooking Lyford Cay Marina and an 82-foot lap pool. The property centers around the pool, which is flanked by expansive workout and spa facilities on one side and two guest cottages on the other. Among the fitness offerings are padel courts imported from Scotland and a regular schedule of classes that include AntiGravity Fitness and TRX. The 30 guest rooms (from $550) offer garden or ocean views, Apple TV, and outdoor terraces. The Island House guests can sail to the Holowesko-owned Highbourne Cay in the nearby Exumas for an overnight stay in one of six new cottages there. Or, they can take a day excursion instead by seaplane, which the Island House will arrange.

How to Get There: From Lynden Pindling International Airport the drive is less than 10 minutes. (the-island-house.com)