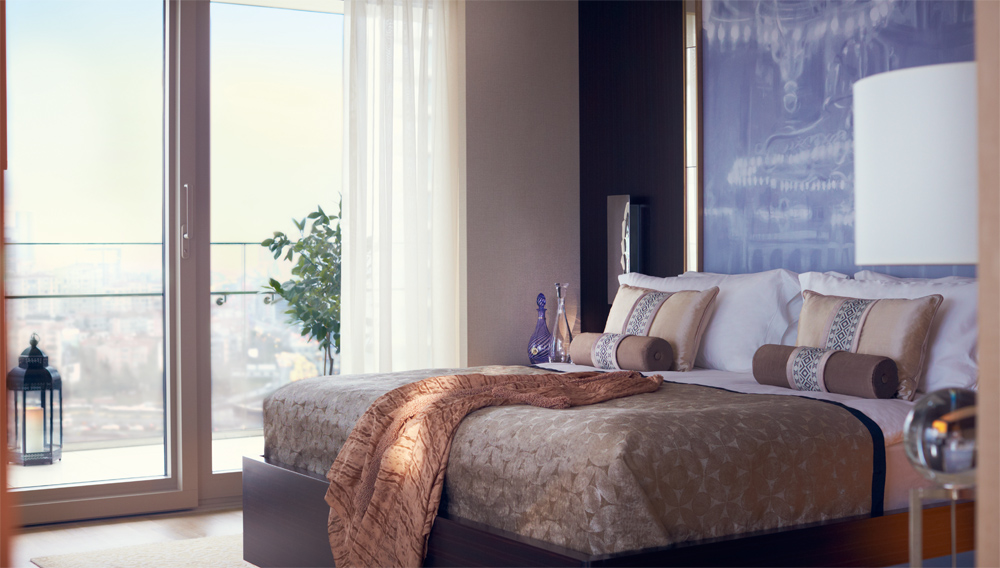 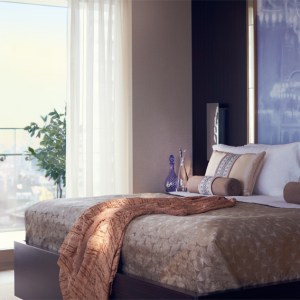 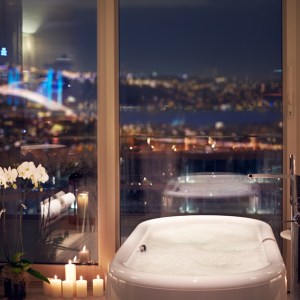 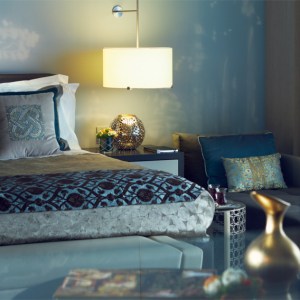 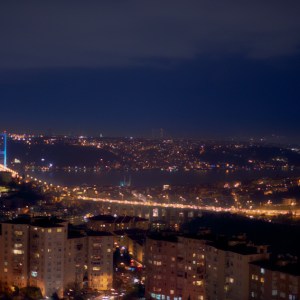 Istanbul’s new Raffles goes above and beyond.

Why Go: Zincirlikuyu was not a destination detailed in Istanbul guidebooks until 2013, when the four-tower, $2.5 billion Zorlu Center opened in the hilltop district. At the complex, among Turkey’s largest performing-arts center, a high-end shopping mall, residences, and office space, Raffles Istanbul welcomed its first guests in September. Panoramic views over the city are one of the 181-room hotel’s biggest selling points, and its metro-accessible location is more convenient than you might think from looking at a map of the complicated city. The historic attractions in Sultanahmet’s old city and Beyoğlu, the heart of modern Istanbul, are each only a few metro stops away.

What to Expect: The opulent, $250 million Raffles is a modern reflection of Istanbul’s rich past. The hospitality design firm Hirsch Bedner Associates drew on jewel tones worn by Ottoman-era emperors and empresses to inform the hotel’s color palette. Murals of ghostly-looking chandeliers reminiscent of the ones hanging in the Hagia Sophia decorate many of the guest rooms (from $750). Even standard rooms are generously sized, with a premium charged not for space but for a glimpse of the Bosporus strait. About half of the 49 suites look out toward the water. On the mezzanine above the grand lobby is a fun mix of places to eat and drink, including the Long Bar and Champagne room (of Raffles Singapore fame), the Spanish-influenced Arola Restaurant, and the Writer’s Bar. Sprawling spa facilities include three Turkish hammams, extensive wet and dry spa facilities, a yoga and Pilates studio, and indoor and outdoor swimming pools.

How to Get There: Istanbul’s two major airports, Atatürk Airport on the European side and Sabiha Gökçen on the Asian side, are each about 30 minutes by car without traffic. Because traffic delays can be significant, alternate routes are available. Guests may arrive via the Zorlu Complex’s helipad or by subway, which connects directly from both airports to the Zorlu Center. (+90.212.924.0200, raffles.com/istanbul)