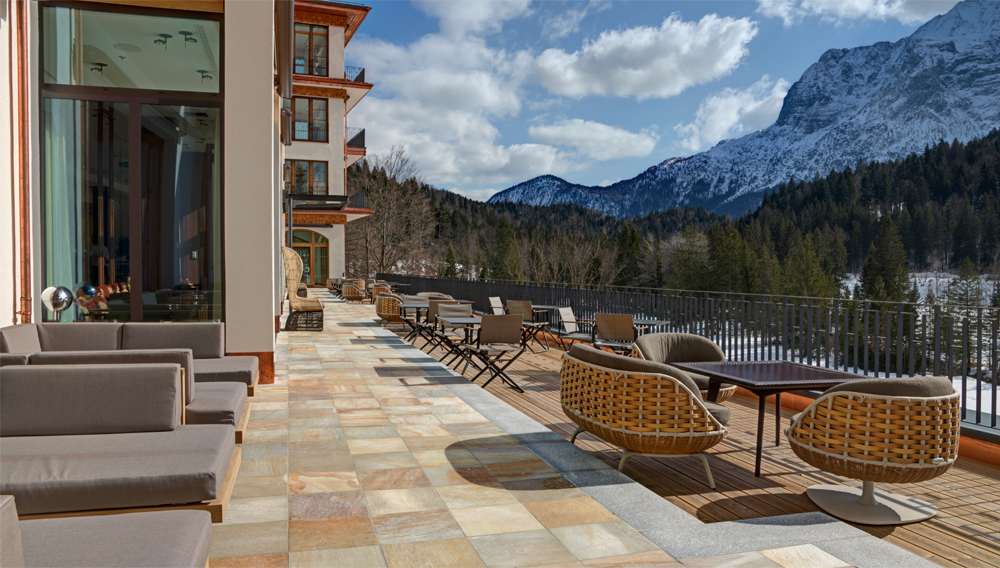 An exclusive all-suite enclave opens at a popular Bavarian retreat.

Why Go: Schloss Elmau was founded almost 100 years ago by a prominent philosopher to be a meeting place of ideas. Since its inception, the Alpine resort—located 60 miles south of Munich—has maintained a tradition of hosting artists and lecturers that continues to this day. The most recent iteration of the Alpine hotel opened in 2007 with 123 rooms, a central bookstore, a concert hall, and three libraries. In March, Schloss Elmau Retreat opened in an adjacent building with 47 suites (from $320 per person, including two meals; the minimum stay is seven nights). Concerts, lectures, and debates are held most nights, and tickets are complimentary for guests staying in either hotel. In June, both Schloss Elmau and the Retreat will host the G7 Summit.

What to Expect: The resort is a favorite among German families; it offers a range of sports activities throughout the seasons, ranging from downhill skiing (20 minutes away by bus) in the winter to soccer camps for kids in the summer. Burned calories can be satisfyingly replaced at any of the 10 restaurants, including Luce d’Oro, which holds a Michelin star. One of the many facilities throughout the property devoted to wellness, the 15-treatment-room Bath House Spa features multitudes of hot and cold pools with separate areas for men, women, and families. The Jivamukti Yoga Center hosts visiting instructors to teach weeklong retreats throughout the year. The new Schloss Elmau Retreat adds a third area called Shantigiri Spa, boasting three pools, a gym, and a yoga pavilion with panoramic mountain views. In fact, the entire building was purposely built to maximize views of the Wetterstein Mountains and the surrounding Bavarian Alps.