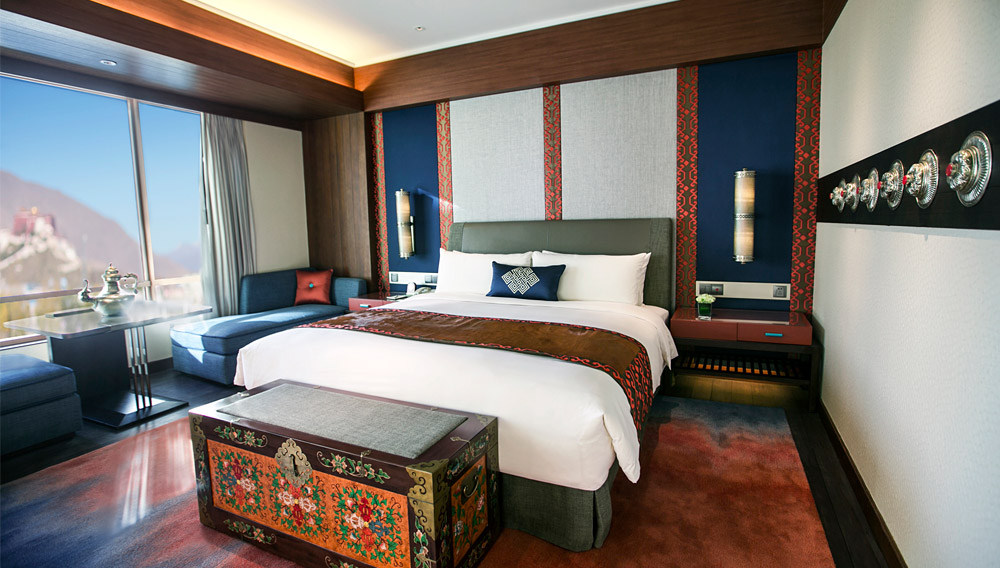 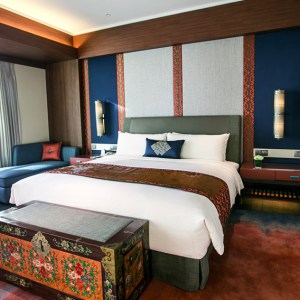 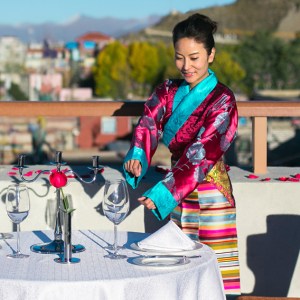 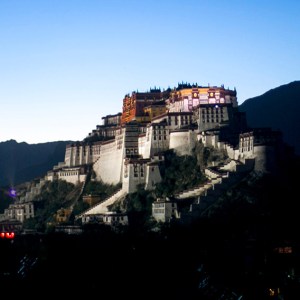 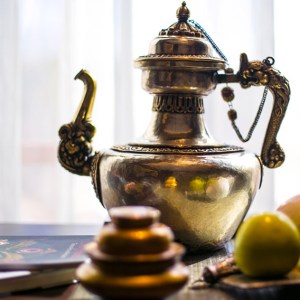 The Shangri-La Hotel, Lhasa, beckons luxury travelers up to the roof of the world.

Why Go: At 12,000 feet, Tibet’s capital city is one of the highest inhabited regions on Earth. The fifth Dalai Lama started construction of Potala Palace, the city’s iconic landmark, in 1645. Today the fortresslike red-and-white UNESCO World Heritage Site, with over 1,000 rooms and 10,000 altars, does not allow the taking of photographs, so you must go see it for yourself. The Shangri-La Hotel, Lhasa, adds considerable five-star hotel-room inventory to the city, which welcomed its first luxury hotel, a St. Regis, in 2011.

What to Expect: Views of Potala Palace and the surrounding Himalayas from the hotel’s 289 rooms (from $300) provide a striking sense of place, as do the Endless Knot patterns, a Tibetan auspicious symbol of good fortune, that adorn throw pillows and bathroom doors. Each room is fittingly stocked with a copy of James Hilton’s 1933 novel Lost Horizon—known for establishing the fictitious Himalayan utopia Shangri-La. The hotel has two restaurants and two bars, as well as an oxygen lounge and reflexology pavilion to ease travelers’ adjustment to the altitude. Visit during the warmer season, May through September.

How to Get There: The Shangri-La is 30 miles from the Lhasa Gonggar Airport. Guests should respect that flying in to Lhasa can cause altitude sickness because the body does not have time to acclimate. Resting upon arrival can help, or alternatively, travelers can fly into Kunming at 6,200 feet and spend a few days there before flying to Lhasa. Arriving by train on the world’s highest railway also allows a more gradual ascent. (+86.891.655.8888, www.shangri-la.com/lhasa)