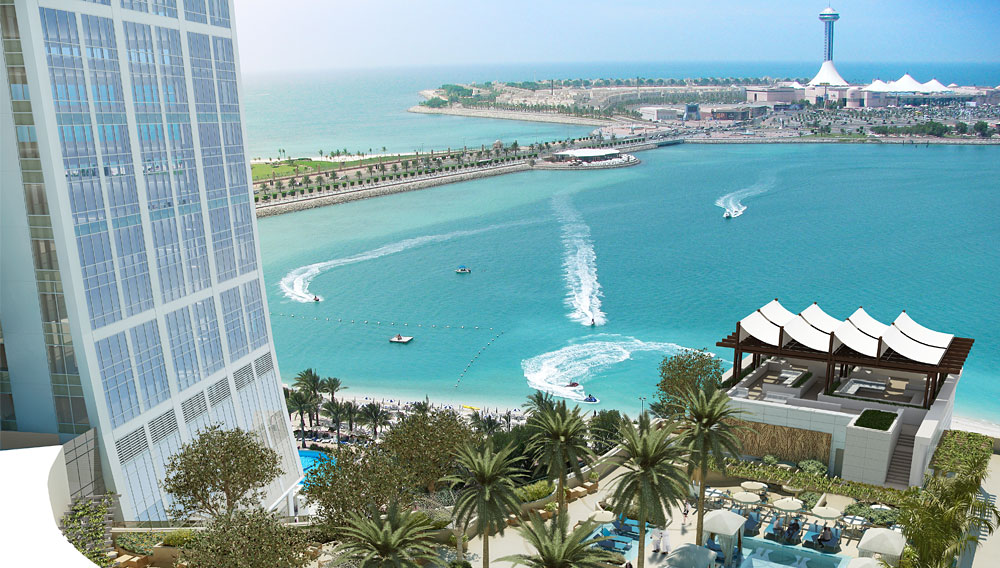 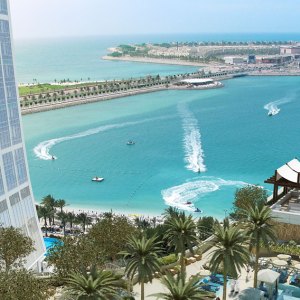 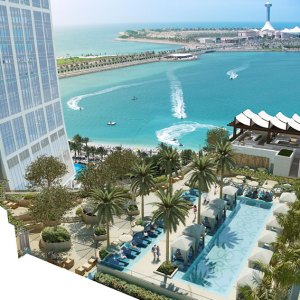 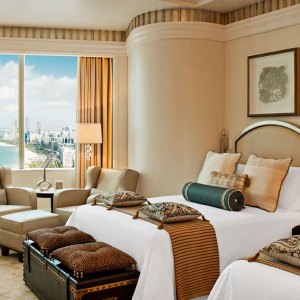 The 283-room St. Regis Abu Dhabi opened on August 15 with the potential to become the top hotel in the city.

Why to Go: Eight years ago the $3 billion gold-and-marble-laden Emirates Palace hotel opened on Abu Dhabi’s main thoroughfare and seaside promenade, called the Corniche. That opening kicked off a luxury building boom in the wealthy emirate that has yielded one of the world’s most modern cities. On the Corniche, the new beachfront Nation Towers skyscrapers house the St. Regis and the highest suspended suite in the world, which connects the two buildings and holds one of the hotel’s 55 suites.

How to Get There: Request that the hotel send a Bentley Continental Flying Spur, an Audi A8, or a BMW 7 Series to the airport. The drive is 30 minutes from Abu Dhabi’s terminals and two hours from Dubai’s. Private helicopter service can also be arranged. Drive to attractions like Saadiyat Island (the future home of Louvre and Guggenheim museums) or a new F/1 circuit and the Ferrari World theme park on Yas Island in 20 or 35 minutes, respectively. (+971.2.694.4444, www.stregisabudhabi.com)