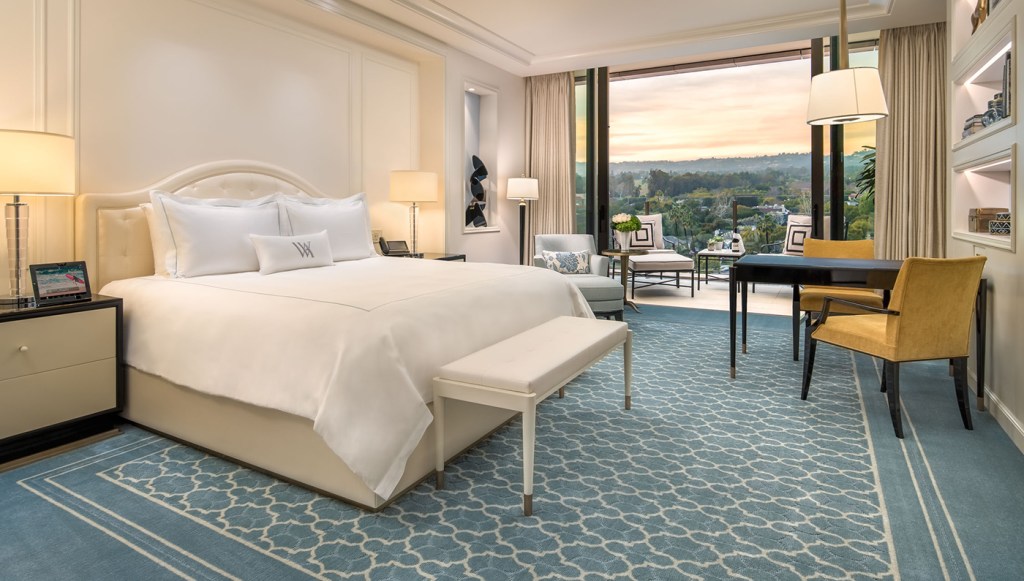 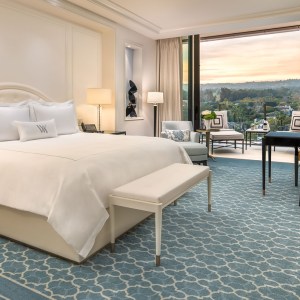 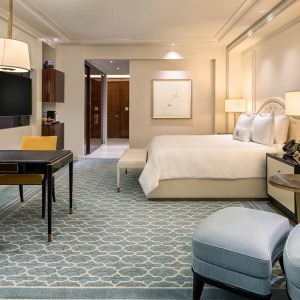 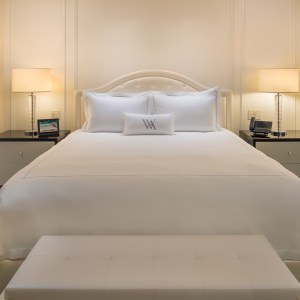 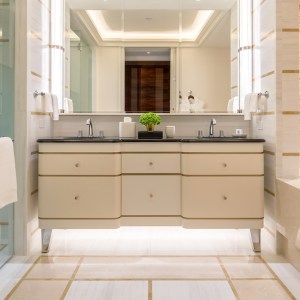 Beverly Hills is finally getting a Waldorf Astoria—and it’s going to be as magnificent as you imagine. Located adjacent to the Beverly Hilton on the corner of Wilshire and Santa Monica Boulevards, the 12-story Waldorf Astoria Beverly Hills will open in June as the luxury brand’s first new build on the West Coast. Despite the property’s newness, old Hollywood glamour will be in excess, with a white art-deco-inspired exterior and public spaces that feature such lavish details as Lalique installations, hand-painted murals, and one-of-a-kind artworks.

The hotel’s 170 rooms and suites are the vision of the renowned interior design firm Pierre-Yves Rochon, and feature floor-to-ceiling windows and oversize balconies offering unrivaled views of Century City and the Hollywood Hills. The spacious villa suites, located on the third floor, open onto manicured private garden terraces, making an ideal hideaway for privacy-seeking A-listers.

Waldorf Astoria has lured plenty of A-listers of its own to the new hotel’s line-up: The Michelin-star chef Jean-Georges Vongerichten will helm his very first West Coast restaurants there (including a French-American outpost and a rooftop poolside spot), while La Prairie sets up shop in the 5,000-square-foot spa. The latter will feature six treatment rooms and the French skincare brand’s peerless Skin Caviar treatments. Reservations are now open for stays beginning June 1. (waldorfastoriabeverlyhills.com)