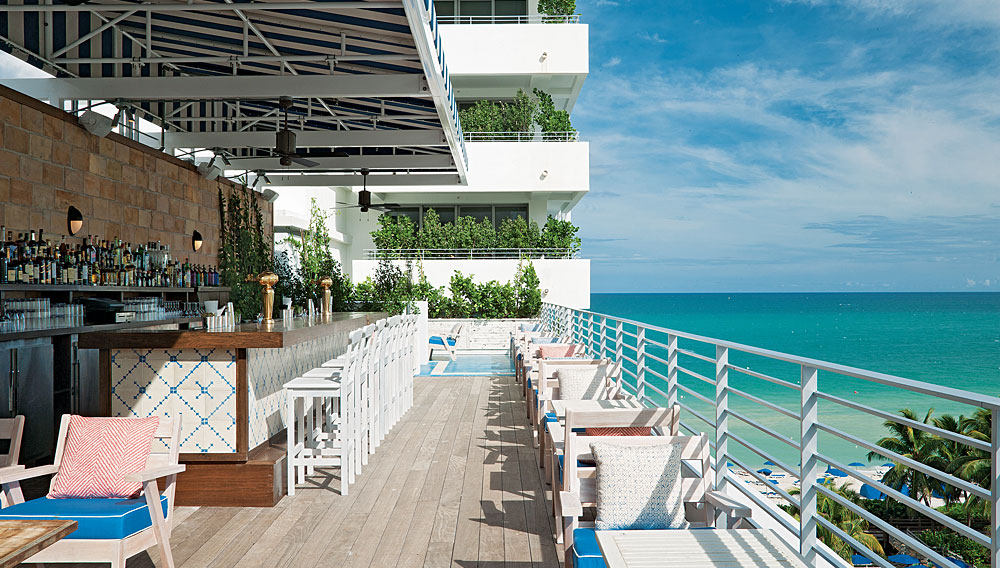 London’s Soho House Group has brought its city-club concept to South Beach. Soho Beach House, Miami, a private members’ club and hotel, opened in October just north of South Beach in a discreet Art Deco landmark that formerly housed the Sovereign Hotel. The property, which also includes a new 16-story tower, features 50 hotel rooms and suites, a Cowshed spa, a Cecconi’s restaurant, two pools, a beach club, a screening room, and several bars, all of which are open to hotel guests and Soho Beach House members.

British businessman Nick Jones launched the Soho House Group in 1995 with the debut of a members’ club in Lon­don’s Soho neighborhood. Now with nine locations from Somerset to New York, the company caters to “the creative set,” says Jones, and invites its members to use the clubs’ restaurants and other facilities as extensions of their homes. In addition to Miami, Soho House opened properties in Berlin and West Hollywood in 2010. Seven of the company’s clubs include hotel rooms that are open to nonmembers.

Soho Beach House offers an exclusive refuge from Miami’s sea of trendy nightclubs and modern hotels. The use of cameras and cell phones is forbidden in the property’s gathering places, where the decor, with its dark woods and substantial furnishings, provides a sense of permanence rather than of-the-moment styling. Soho Beach House, Miami, 786.507.7900, www.sohobeachhouse.com