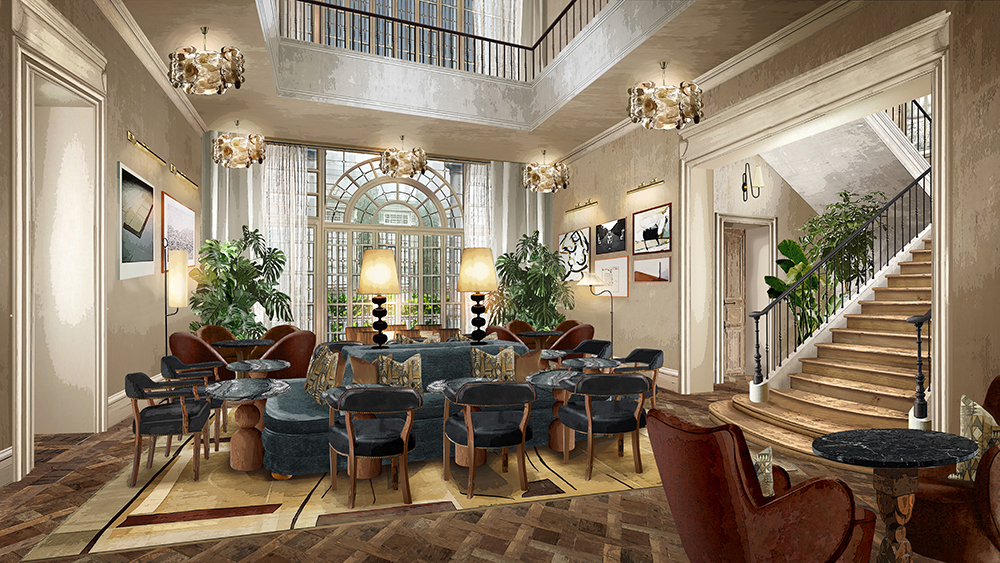 The exclusive, members-only club recently announced plans to debut a new outpost in Mexico City in 2023. Set in the heart of Colonia Juárez, Soho House Mexico City will be based in a restored private residence that reflects historic French influences and baroque heritage through a number of intimate rooms and cellar corridors, each imbued with its own unique identity.

The property’s upscale amenities will span across its main casa and annex spaces. Together, they’ll house three bars and lounges, a restaurant and a courtyard with outdoor dining. The company’s in-house design team, Soho House Design, is filling the lavish interiors with a variety of locally made, custom furniture and vintage pieces from Mexican designers and others from abroad. You’ll even have access to an art collection showcasing over 100 artworks inside the property, all created by artists born, based or trained in Mexico.

A stunning alfresco pool will anchor the space, offering indoor and outdoor seating. Nearby, you’ll find the Pool House bar and dining room filled with lush greenery and plush seating to elevate your experience. The two spaces are meant to evoke “the romanticism of a European greenhouse,” Soho House states. Judging by the towering facade, filled with natural overhead light that encompasses both spaces, you may find it hard to disagree.

“Mexico City is an exciting opening for Soho House as it marks our first location in Latin America,” says Jarrett Stuhl, Soho House of the Americas’ chief operating officer. “We’ve had a presence in the city since 2017 through our Cities Without Houses program, and we are delighted to bring a physical space that is both historic and grand. This House is one of our most ambitious design projects, and we look forward to welcoming our members and future members to experience the rich and vibrant culture of Mexico City.”

With more than 30 locations globally, from New York to Bangkok, Soho House is known to foster creativity and bring members together to connect, have fun and make an impact. The business was founded in 1995 by Nick Jones and continues to expand, not just offering membership to its exclusive houses but also upscale restaurants, spas, workspaces and cinemas.

If you want to check out its forthcoming Mexico City property but aren’t a part of Soho House currently, now’s the time to apply; the new site will be accessible to participants and their guests only. Local house membership also gives you access to “every house” perks, allowing you entry to all Soho House locations worldwide—kind of like a luxe two for one—or 30—deal.