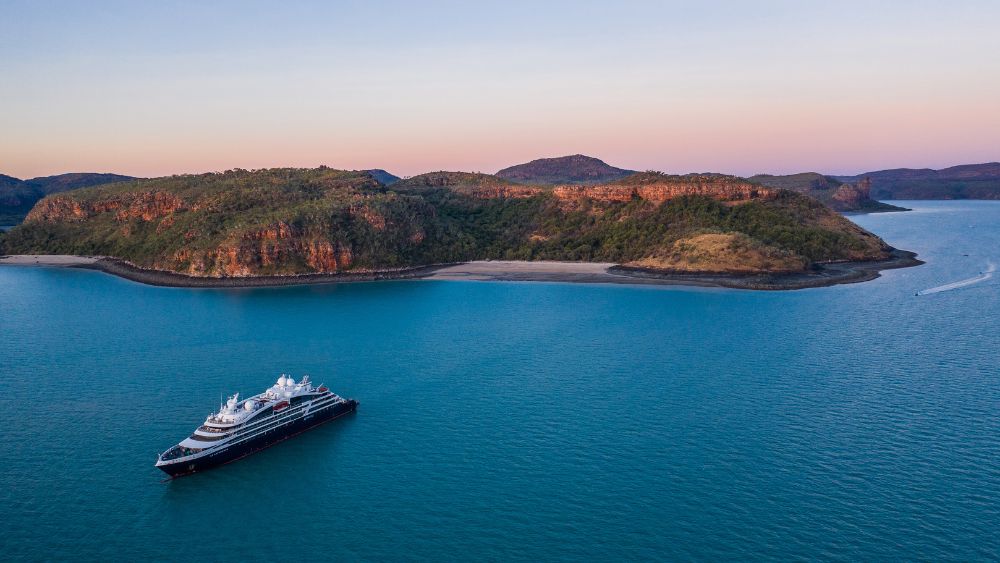 Talk about being in the right place at the right time.

The path of the upcoming total solar eclipse in April 2023 will fall between Western Australia and Southeast Asia. If you’re wondering what the best way to witness this cosmic phenomenon is, it’s aboard Ponant and Smithsonian Journeys new 16-day voyage. The route for this luxury cruise has been specifically tailored to this astronomical showing and will put stargazers in prime position to view this rare, celestial event from the perfect vantage point—the Indian Ocean.

The epic journey begins in Bali where guests will board Ponant’s Le Lapérouse and sail to Komodo National Park. Here, travelers will have the opportunity to swim, snorkel and hopefully see the world’s largest lizard in its natural habitat. The next stop on the voyage is Timor-Leste where you can dive deeper into the nation’s cultural sites and diverse coral reefs.

The second leg of the trip kicks off in Australia’s Kimberley region, home to some of the oldest, largest and undisturbed landscapes known to man. Highlights include wildlife watching, hiking the gorges of El Questro, taking a dip in a thermal spring or venturing up the King George River. Days 11 and 12 will be spent at sea, allowing the ship to station itself directly in the path of the eclipse.

According to the tour operator, Smithsonian Journeys, this event is one of five total eclipses that will occur in this decade throughout the world. It’s also what’s known as a hybrid eclipse, which means certain locations will experience a partial eclipse and others a total depending on where the Moon’s shadow is. Luckily, those on board will bear witness to the latter. A solar astrophysicist and historian will also be joining the journey to shed light on the phenomenon.

Once the eclipse chasers have gotten their fix, the trip continues along the Australian coast where you can take in the turquoise Taylor Bay, gaze at the stunning Horizontal Falls and visit the world’s largest inshore reef. Before heading to port, you’ll also have a day to explore the Lacepede Islands which are brimming with wildlife. The next day, the adventure comes to an end when passengers disembark in Broome.