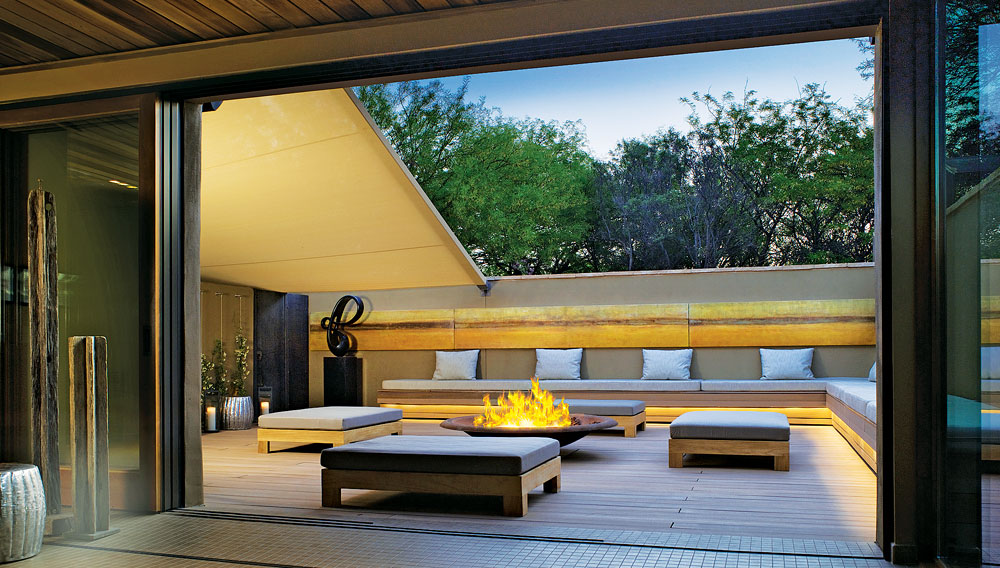 Miraval Arizona Resort & Spa was letting loose during the opening weekend of its new spa facility, Miraval Life in Balance with Clarins, in May. Owners Steve and Jean Case were there (Steve cofounded America Online in 1985; the Cases purchased the majority share of Miraval in 2004), as were a host of celebrities and a bevy of attractive yoginis. Following a Native American blessing ceremony and a Tibetan-bowl concert, guests sipped Champagne by the pool and wandered in and out of the spa’s 23 chic new rooms.

Its carefree celebration notwithstanding, Miraval remains a serious destination spa. Opened in 1995 on 400 acres in Tucson, Ariz., the resort from the outset has catered to guests in search of something deeper than just feel-good spa treatments. It employs naturopathic physicians, Native American practitioners, and intuitive counselors alongside golf pros, tennis coaches, and exercise physiologists to offer both conventional and alternative therapies, as well as athletic pursuits. The 16,000-square-foot spa, which took a year to build, evolves the property’s initial quest for integrative wellness with a state-of-the-art space that hosts more than 30 new treatments.

Seattle-based Mithun Architects and New York interior design firm Clodagh built the spa from an existing building, opening up walls to let light in and raising the ceilings. All treatment rooms are soundproof and equipped with lighting that can be controlled from an in-room iPad. A new, 1,700-square-foot VIP Suite includes a private garden, indoor and outdoor showers, and a hot tub for two.

But the most significant change to Miraval’s spa involves its new partnership with Clarins, the prestigious skin-care company founded in Paris almost 60 years ago. “We narrowed our choices for a main product line to three major vendors,” says Michael Tompkins, Miraval’s CEO. “We provided our staff with unmarked products, and after three weeks with each line they overwhelmingly chose Clarins.”

Each of Miraval’s nearly 400 staff members—from the kitchen crew to the housekeeping and landscaping teams—was trained in Clarins products and procedures. The spa’s management, meanwhile, used the products to develop exclusive treatments, such as the Mountain Berry Clay Renewal Ritual. Commencing with a full-body bamboo exfoliation, the treatment continues with a body mask made from white clay, arctic lingonberry, and raspberry; a head-and-scalp massage; and a hydrating body massage.

During Miraval’s opening weekend, the spa’s new Naga treatment proved the biggest hit. Inspired by the healing principles of Thai massage, the treatment requires that therapists—hanging from silk strands attached to the ceiling like Cirque du Soleil performers—suspend above their clients to better facilitate deep stretching.