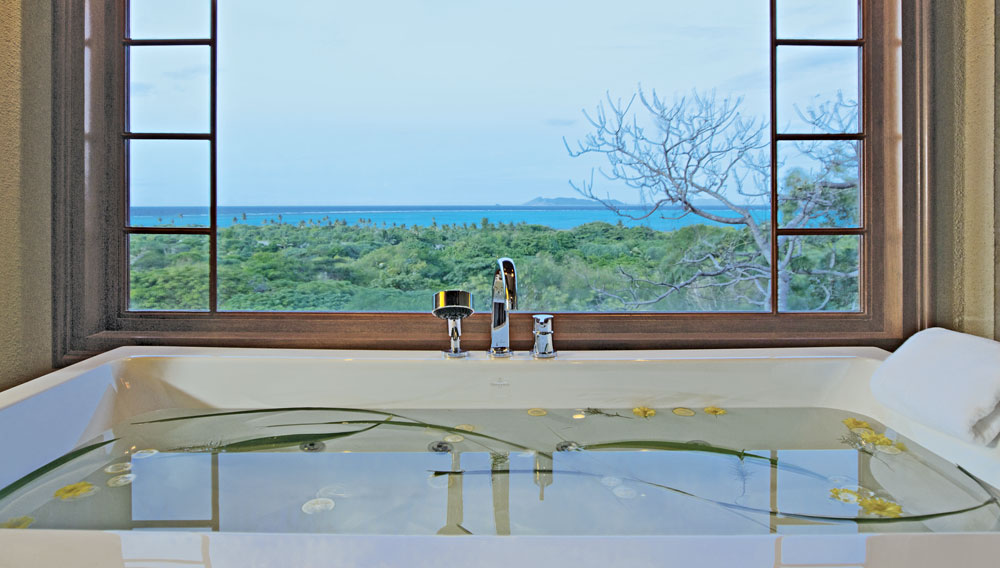 The Hilot therapy at the Aman Spa at Amanpulo, a 40-villa private-island resort in the Philippines, begins in a hearty bath of guava, calamondin leaves, ginger slices, and lemongrass. Bathers submerge up to their necks and marinate for 20 minutes, then follow their soak with a deep-tissue massage designed to flush out toxins from the body. Though a long-standing tradition in the Philippines, Hilot has only been available at Amanpulo since April, shortly after the property opened its locally themed spa as part of an international makeover by Amanresorts.

For the past decade, Singapore-based Amanresorts has been upgrading and transforming its properties’ basic spa facilities from Wyoming to Sri Lanka. Eventually, every destination in the 24-resort collection will have a full-service and newly branded Aman Spa. So far the company has completed seven Aman Spas, the first of which opened in 2001 adjacent to the original Amanresort, the 23-year-old Amanpuri on the Thai island of Phuket. The Aman Spa at Amanpulo is the collection’s most recent addition and is scheduled to be followed by a facility at Amanjena in Morocco.

Amanresorts’ exotic settings—the company is known for opening up remote destinations to well-heeled travelers—accentuate the experience at Aman Spas, which offer locally based treatments that would be hard to find at any other first-rate hotel. At Amansara in Siem Reap, Cambodia, a 120-minute Apsara ritual combines a scrub made from yellow ginger, tamarind, and black sesame seed with a Cambodian boiled-rice compress. At the Aman Spa at Amanfayun in Hangzhou, China, the Spring treatment uses resort-grown Longjing green tea for baths and wraps, while the Autumn treatment combines deep bodywork with native Chinese osmanthus flowers, known for their delicate apricot aroma.

To ensure cohesiveness among its diverse spas, Amanresorts debuted in January a newly developed line of Aman Spa products (which will soon be sold online). During Amanpulo’s Hilot treatment, the products are used in conjunction with banana leaves soaked in virgin coconut oil. Therapists sweep the leaves, selected for their antiseptic qualities, over clients’ backs to detect cold air trapped beneath the skin.

The 20,000-square-foot spa at Amanpulo sits like a suburb of wellness atop the resort’s highest hill. Replacing two spa casitas that had served the resort since 1993, the complex now comprises three pavilions with yoga and meditation areas, steam rooms, plunge pools, a fitness center, outdoor relaxation salas, single and double treatment rooms, a finishing salon, and a fully equipped Pilates studio.