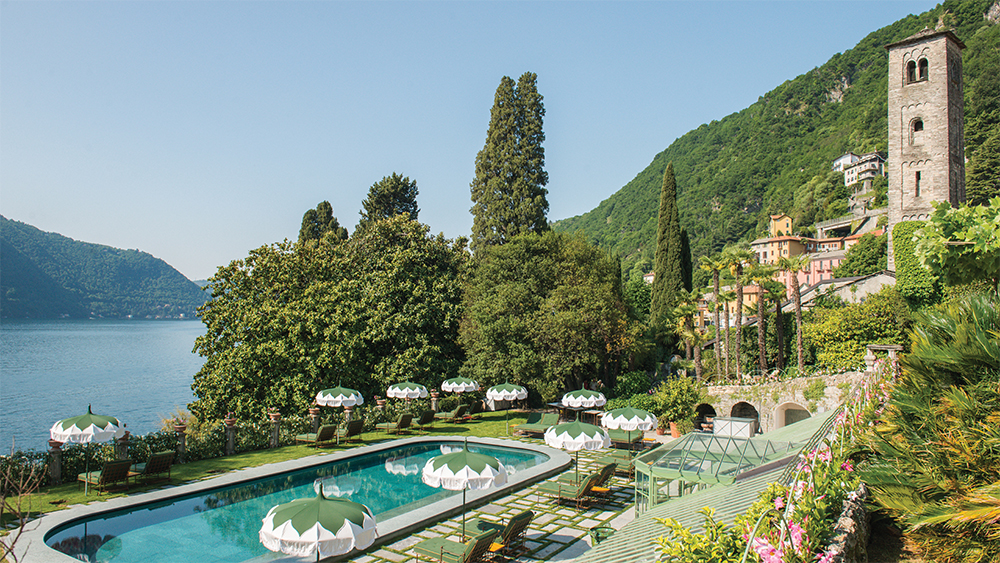 Where better to spend three indulgent nights than in the largest suite on Lake Como: the 2,700-square-foot Bellini, inside the newly opened Passalacqua. The 18th-century mansion was reborn as a hotel earlier this year under the auspices of Grand Hotel Tremezzo CEO Valentina de Santis. When you do emerge from the suite, which is named after the composer who once played the piano here, this package (designed exclusively for Robb Report readers) includes private tours of both the nearby Villa del Balbianello, famed for its terraced gardens and spotlighted in Casino Royale, and the lake itself on Passalacqua’s own boat.

Then take a private consultation with Giuliva Heritage, the label founded by a local husband and wife that’s known for its extraordinary Neapolitan-style tailoring for both men and women. Also while you’re on the property, disappear into a series of tunnels to access the new spa via a secret staircase, where you can enjoy a treatment or two. Dinner one night will be a three-course meal alone on the hotel’s terrace, with wine pairings and live music—Bellini, of course. $28,953 for two people; clothing from Giuliva Heritage not included.