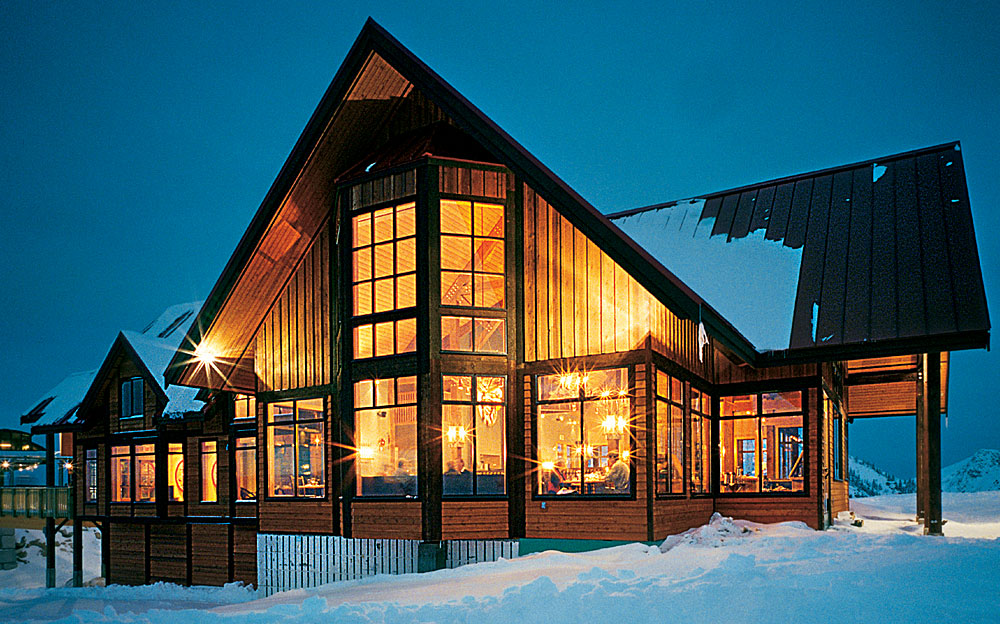 Kicking Horse, the mountain pass for which the ski resort in Golden, British Columbia, is named, may not be heaven, but Sir James Hector did end up there after he died—or rather, after his traveling companions determined that he had died. In 1858, Hector, a Scottish geologist, was journeying through the Canadian Rockies with the Palliser expedition from the Red River colony in what is now Manitoba, mapping out a railway route. While the group was camped out near the Continental Divide, two of its horses began to fight. When Hector tried to intervene, he was kicked by his own steed, knocked inert, and presumed dead.

En route to a final resting place some distance away, he woke up, no doubt to the surprise of the three native guides who were carrying his body to the burial site. In time, Sir James recovered and eventually discovered the route through the mountains that the railroad would follow. He named the pass for his encounter with his horse.

The Kicking Horse Mountain Resort will appeal to skiers who, as Hector and his Palliser party mates did, possess a pioneering spirit. When it opened in 2000, Kicking Horse was the Canadian Rockies’ first new resort in 25 years. It has the second-highest vertical drop in Canada (after Whistler) and 106 trails (or suggestions of trails), of which more than half are rated for advanced skiers or experts. Kicking Horse draws only about 1,200 skiers a day at the most. (Whistler routinely attracts more than 20,000 skiers daily.) One lineless gondola transports most of Kicking Horse’s visitors from the bottom of the mountain to the top. At the summit, you can dine, imbibe, or stay in the resort’s choicest accommodation.

One party at a time can occupy the two rooms carved out of a loft space above the Eagle’s Eye mountaintop restaurant, which, at an altitude of 7,705 feet, is Canada’s highest-elevation dining room and bar. At night from the Eagle’s Eye, if the moon is out, you can see an expanse of peaks at eye level. The sole hint of commercial activity then is a lone gondola car at its terminus, swinging in the wind.

Once the lift shuts down at 5 pm and the après crowd descends to the valley, a private butler and chef take charge for the guests who now have the place to themselves. As logs crackle in the fireplace and the wind wails across the craggy mountainscape, the staff will serve a multicourse meal with appropriate wine pairings. Dinner could include elk in cherry jus, tea-infused risotto, and a chocolate terrine. (The $1,750-per-person nightly fee for the Eagle’s Eye accommodation also includes breakfast and lift tickets.)

As an Eagle’s Eye guest, you have access to first tracks and the services of a private instructor; ours is a 26-year-old Newfoundlander named Michael. One trip with him down the 4,100 feet of vertical drop can test all of your skills. “Look at how, in one run, you can ski chutes, bowls, groomed trails, bumps, and trees. Or, you can jump off a cornice into a bowl and then tree-ski, all down the fall line,” Michael says, waving his pole at some examples. (Heli-skiing also is available.)

Farther down the mountain, he points out a trailside grizzly bear refuge where the resident orphaned grizzly, Boo, lives and plays and, at the moment, hibernates. There is no danger, we are told, of Boo awaking unexpectedly and delivering to skiers a scare bigger than the one Sir James gave his funerary escorts.