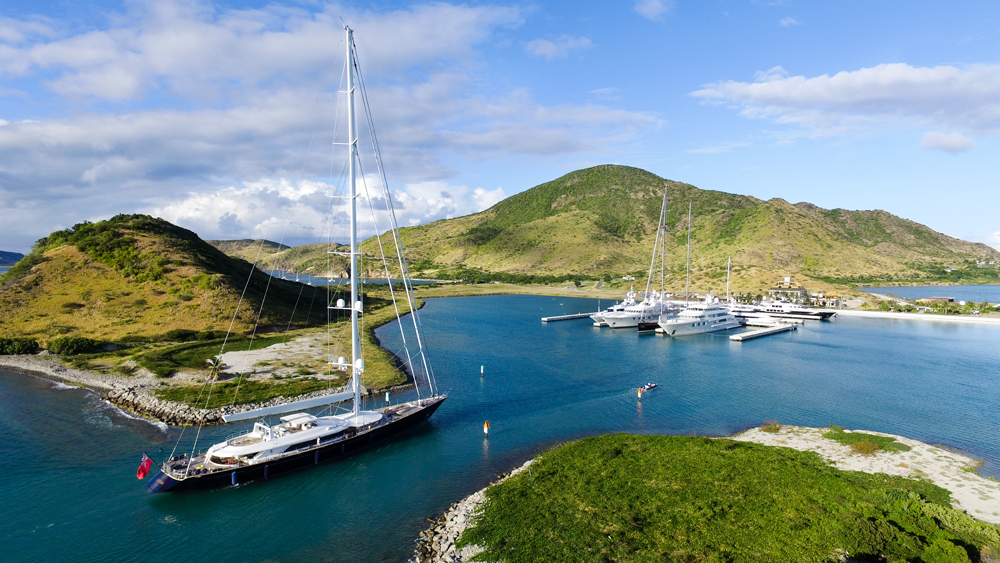 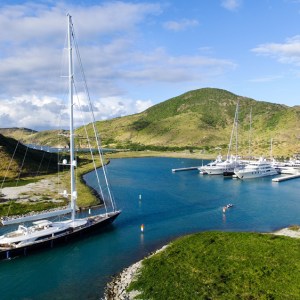 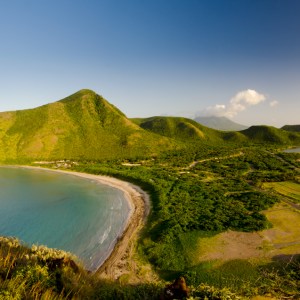 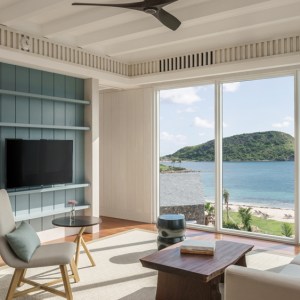 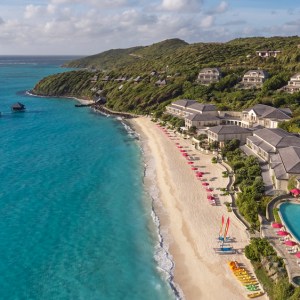 The recent buzz around St. Kitts may seem like an overnight sensation, but it has actually been a decade-long obsession for Charles “Buddy” Darby III. The developer and superyacht fanatic first docked at the West Indies island in 2008 on his 154-foot S/Y Andromeda La Dea, and ever since he’s been feverishly masterminding Christophe Harbour, the 2,500-acre village that is turning this once lazy isle into the Caribbean’s next big yachting destination. The marina’s 24 berths can accommodate superyachts up  to 300 feet long, while on land the development is home to a collection of multimillion-dollar homes and sites that stretch across six beaches. There’s also high-end shopping and dining  and a Park Hyatt resort with a Miraval spa. And so far, it looks like Darby’s big dream is catching on: Yachting traffic to the island has increased every year for the last five years, and some of the world’s most impressive floating castles—including American billionaire Leslie Wexner’s 316-foot M/Y Limitless and Darby’s newest water toy, a custom-built Perini Navi called Andromeda Dea—have already been spotted on the budding St. Kitts scene.

It wasn’t long ago that this tiny island in the Grenadines archipelago was best known for its Trump Monte Carlo casino—bright lights, hot slots, and all. But a much-needed scrubdown, followed by a decade of careful rebuilding and rebranding, has removed nearly every trace of Canouan’s less-than-sophisticated past. The five-square-mile island  now has a new 5,900-foot private-jet runway (long enough for a Boeing 737), a 120-slip marina (including 24 superyacht berths), and, launched in June, the Mandarin Oriental, Canouan, featuring an exclusive collection of villas and suites that commands some of the highest nightly rates in all of the Caribbean. Altogether, the reinvention is being touted  as the makings of the next Mustique. Still, there is one place where you can catch a glimpse of the old Canouan: The island’s Jim Fazio–designed golf course—formerly of the Trump International Golf Club—is still the Grenadines’ best place for a round in paradise.

Seasoned sailors know the island of Grenada well. Set on the southern end of the Caribbean cluster, just northeast of Venezuela, the well-positioned island has long held an allure for yacht owners, despite (or perhaps because of) its lack of upscale options on land. As of this month, however, there’s finally a reason  to disembark—and maybe even set down roots: Silversands Grenada, the island’s first true luxury resort, opened December 1 with 43 suites on the edge of Grand Anse Beach. The creation of Egyptian billionaire Naguib Sawiris—who makes his own regular pilgrimages to  the island via his superyacht Yalla—the property is sleek and sexy with just the right amount of excess, including a palm-tree-lined swimming pool as long  as a football field, a beach club, and a rum bar with a stash of rare Cubans. What makes it a true billionaire’s oasis, though, are its nine residences (priced from $5.7 million to $11 million), each with multiple private swimming pools and ample space for entertaining.