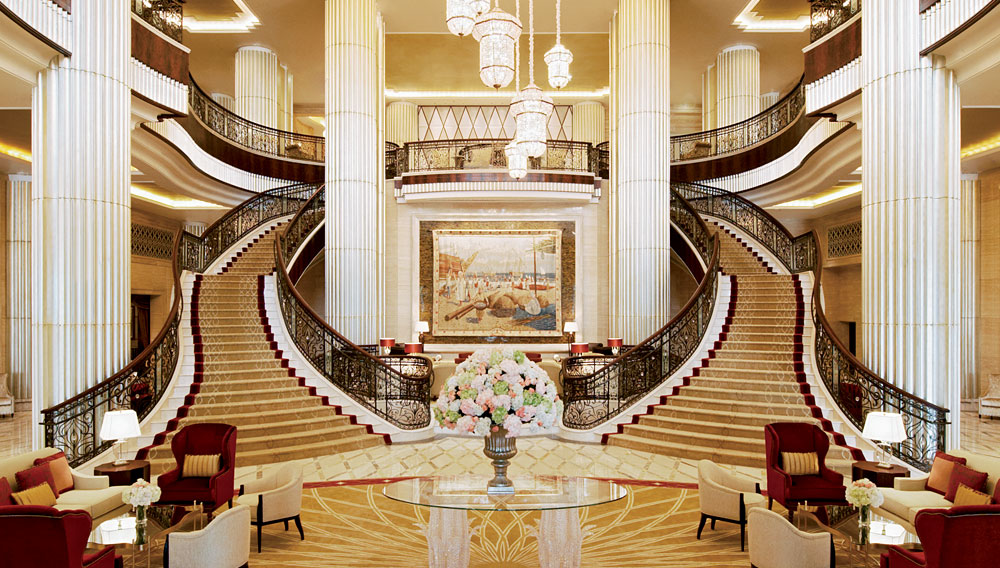 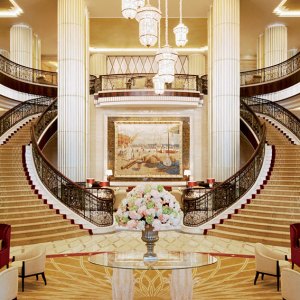 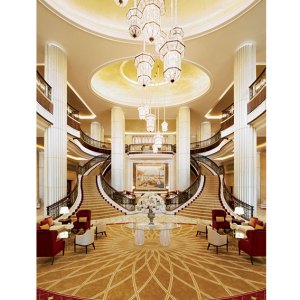 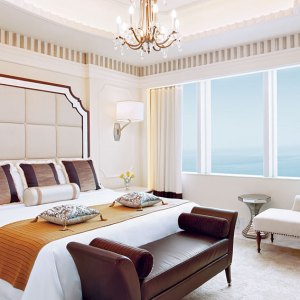 Compared with its sister property on nearby Saadiyat Island, the second St. Regis in Abu Dhabi is more business hotel than beach resort. But the St. Regis Abu Dhabi, which occupies the 33rd to 49th floors of the recently completed Nation Towers on the spectacular Corniche promenade, is a worthy leisure retreat in its own right.

Opened in August, the 283-room hotel features two outdoor swimming pools, a Remède Spa, and a restaurant helmed by the British chef Gary Rhodes. The London-based firm HBA designed the contemporary-arabesque guest rooms and public spaces, which include a palace-like lobby with towering marble columns and the walnut-paneled St. Regis bar, where large paintings depicting Arabian sporting scenes are on display.

The highlight of the St. Regis’s accommodations is the Abu Dhabi Suite—the world’s highest suspended suite—which is located within a sky bridge connecting Nation Towers’ two buildings. Guests of any of the hotel’s rooms have access to a chauffeured Bentley Continental Flying Spur, as well as a private beach club that is connected to the hotel by an air-conditioned underground tunnel. St. Regis Abu Dhabi, +971.658.1126, www.stregis.com