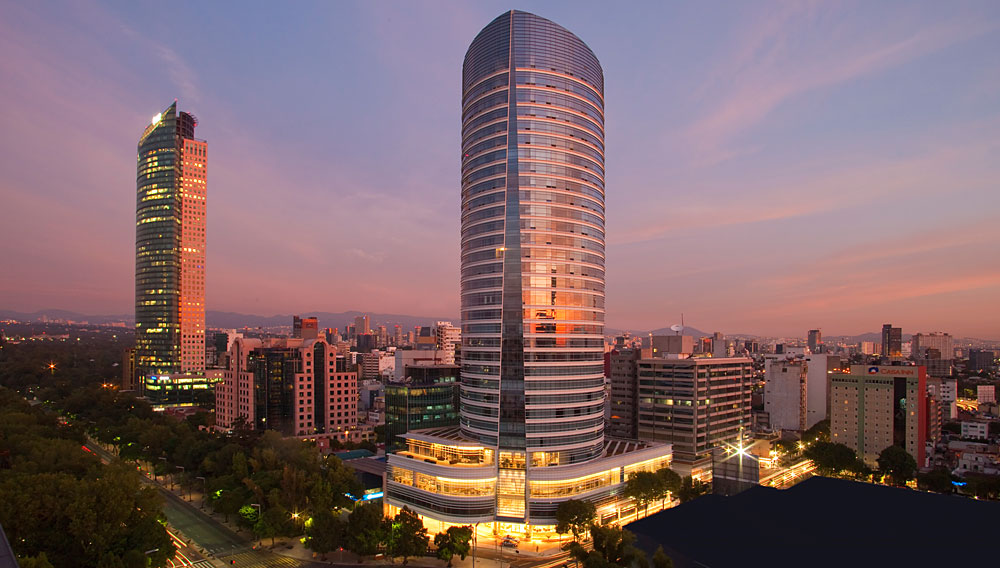 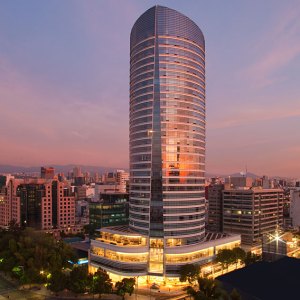 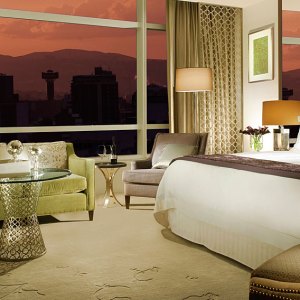 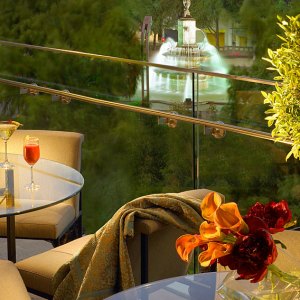 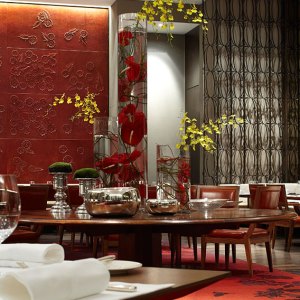 From the 33rd-floor helipad at the top of the St. Regis Mexico City, it is easy to overlook the Mexican capital’s flaws. Yes, the megalopolis is overpopulated, polluted, and at times perilous, but it is also one of the planet’s most culturally rich and, from the right perspective, visually dramatic cities. The helipad is one such perch, affording a 360-degree view of the mind-boggling maze of boulevards, alleys, and architecture that stretches to the surrounding mountains. The rooftop also offers a fine setting in which to experience Mexico City’s most tasteful tradition—its cuisine—through the St. Regis’ private-Dining program, presented 492 feet in the air. The St. Regis has indeed elevated the travel experience in Mexico City: The sleek skyscraper was designed by architect Cesar Pelli—whose works include the 1,483-foot-tall Petronas Twin Towers in Malaysia. Accommodations 189 guest rooms and suites, all of which are served by butlers available 24/7 by BlackBerry. Dining The St. Regis’ own fine-Dining venue, which overlooks the Paseo de la Reforma, creates custom menus for the hotel’s helipad meals over Mexico City. Facilities A two-level Remède Spa on the 15th and 16th floors. Concierge Recommends Custom excursions that include a tour of the Frida Kahlo Museum led by the facility’s director. Recreation The hotel is convenient to Mexico City’s famed National Museum of Anthropology, as well as to several examples of the capital’s culinary riches. Rates Rooms start at $239 per night.