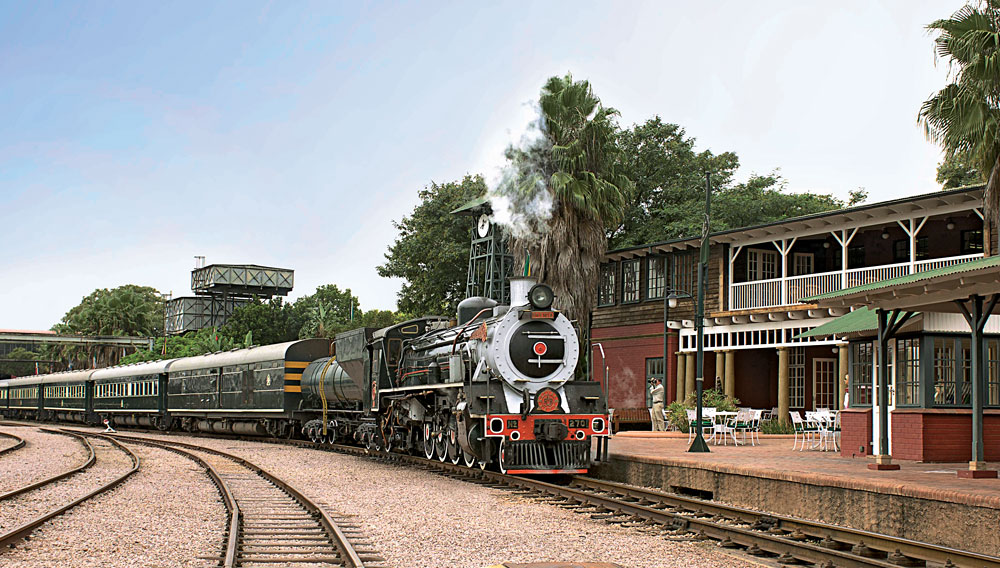 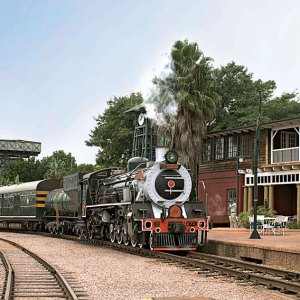 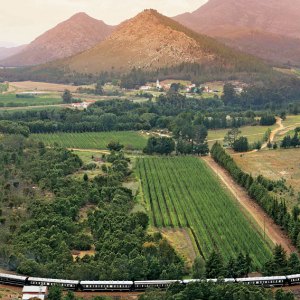 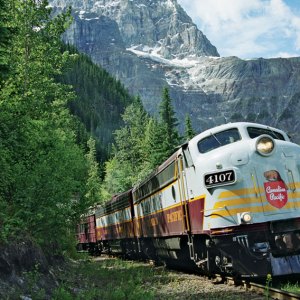 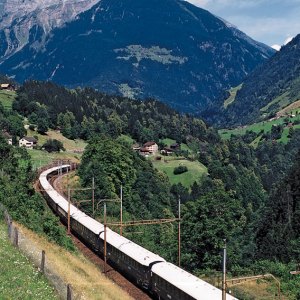 The world has long moved on from the days when a train was the most expeditious mode of transport. Yet dozens of luxury trains still exist, proving there remains a universal yearning among citizens of the world to experience a country through sepia-toned glasses, to be lulled to sleep by the motion of wheels on an iron track, or to be awakened by that distinctive, long-winded whistle. And when dining cars offer dishes including salmon tartare or fillet of beef with bordelaise, while a pianist fills the bar car with melodies from a baby grand piano, it becomes clear that a rail sojourn can offer travelers a chance to enjoy the actual ride as much as the sensory pleasures along the way.

“People who love train travel are travelers interested in going beyond the ordinary,” says Eleanor Hardy, president of the Society of International Railway Travelers, an organization that reports on the world’s top trains and operates a travel agency for rail trips worldwide. “These travelers don’t want to stay on the edges of a country. They’re interested in exploring, history, geography, fine dining, and meeting people. And the most comfortable way to do this is on a train.”

Unlike a cruise ship, a train takes its passengers into the heart of a continent, presenting vastly different panoramas than what ocean travel can offer. So for those seeking more than just a fleeting glimpse of an exotic countryside, it may be time to consider a slightly slower, though more intimate journey—one that only can be experienced while riding the rails.

The 14-day journey from Cape Town to Dar es Salaam offered by Rovos Rail (www.rovos.com) is an epic, 3,500-mile jaunt through southern Africa, with unparalleled views of South Africa, Botswana, Zimbabwe, Zambia, and Tanzania. The company’s train, called the Pride of Africa, accommodates 72 passengers in 36 compartments, and boasts a wood-paneled interior with a distinctive Edwardian flavor. Dinners feature local game and South African wines, but passengers desiring a true taste of the continent’s natural landscape should make their way to one of the rear lounge cars, which the company converted into an observation carriage outfitted with an open-air deck.

After leaving Cape Town, the train stops in Kimberley, where passengers can visit the open-pit diamond mine dubbed the Big Hole, before heading to Botswana. There, the voyagers disembark for two nights at a game lodge. The train then heads to Zimbabwe, where passengers can opt to view Victoria Falls from land or by helicopter, or perhaps take a sunset cruise on the Zambezi River. Highlights of the final few days include an excursion to Chisimba Falls in Tanzania and perhaps a round of golf, if desired, before culminating the trip at the coast of the Indian Ocean, in Dar es Salaam, Tanzania’s largest city. This trip, which is offered five times a year (two of those commencing in Dar es Salaam), costs from $8,900 per person (based on double occupancy) for Pullman accommodations to $15,950 per person for a Royal Suite, which occupies half a train carriage.

Rovos Rail offers shorter and—surprisingly—longer African trips, as well. These include a 48-hour run from Cape Town to Pretoria, South Africa; a nine-day golf safari; and a seven-day Namibian journey. But for those with an insatiable spirit of adventure, once a year, the company offers a 34-day trip spanning the continent—from Cape Town to Cairo—which incorporates travel via train, plane, and boat.

If this is the year you plan to take the most famous rail journey of them all, from Paris to Istanbul on the Venice Simplon-Orient-Express (www.orient-express.com), you’re out of luck; it’s sold out. However, space is still available for a similar classic journey but in reverse, from Istanbul to Venice, which, like its west-to-east counterpart, is offered just once a year, in September.

The company has restored its gleaming Art Deco carriages from the 1920s and 1930s to preserve their individuality, and each one retains historical significance, as well. Sleeping car 3425, for example, was part of the Orient-Express train that Romania’s King Carol used for mistresses—both for rendezvous and to send them packing. That same train—with Carol aboard—also was shot at in Yugoslavia during World War II as the king fled for Switzerland.

French chefs prepare meals served in the train’s three restaurant cars, and a pianist in residence entertains on a baby grand in the bar car. To address any question regarding a dress code, the company helpfully posits that “you can never be overdressed aboard the Venice Simplon-Orient-Express.”

The trip from Istanbul to Venice lasts for six days and five nights, with three nights spent aboard the train and two nights in hotels in Bucharest and Budapest. Passengers spend the first night on board, while they pass through Bulgaria before disembarking in Bucharest on the second day. While in Romania, they visit King Carol’s summer castle, a location that also hosted guests who rode the inaugural Orient-Express in 1883. After that stop, the train continues on to Budapest, Vienna, and finally Venice. The tariff, based on double occupancy, is $8,080 for a double cabin and $12,260 for a suite, and includes all table d’hôte meals.

The company offers a wide range of other trips of various lengths throughout continental Europe and the United Kingdom, in southeast Asia, and, in Peru, a day train from Cuzco to Machu Picchu.

In North America, the most luxurious train vacation is aboard the Royal Canadian Pacific (www.royalcanadianpacific.com), which this year will offer its signature journey, the seven-day Royal Canadian Rockies Experience, in July and August. The rail cars were built between 1916 and 1931 for Canadian Pacific executives traveling on the railway, and have carried notable dignitaries the likes of Winston Churchill, King George VI and Queen Elizabeth, and President Franklin Delano Roosevelt. A complete restoration retained the carriages’ original tin ceilings, brass fittings, and Circassian walnut paneling. The 19 staterooms come in various configurations and hold a total of 32 guests, and each has an en suite bathroom. Complimentary robes and a nightly turndown service are two of the many amenities provided to guests while onboard.

Although itineraries can vary slightly from year to year, a typical Rockies Experience begins and ends in Calgary, Alberta. The train makes a circuit through the southern Alberta prairie and heads north through British Columbia, deep into the Rockies, to Kicking Horse Pass and its spiral tunnels, returning to Calgary via Lake Louise and Banff. The train stops each night so guests can sleep in quiet, and there are plenty of stops during the day for exploring the terrain. Previous side trips have included excursions to Waterton-Glacier International Peace Park, lake cruises to Montana, and dinners at the 7,700-foot summit of Kicking Horse ski resort. This year, an optional helicopter tour of the Rockies is available for an additional fee.

The price of the Rockies Experience is approximately $8,200. In addition to this trip, the company offers private charters that can be tailored for golfing or fly-fishing enthusiasts.

A Grand Opera in India

In the course of a week aboard the Deccan Odyssey (www.thedeccanodysseyindia.com), most of the daytime hours are spent off the train, which is as it should be if you want to truly enjoy India’s performances. “India is like an opera—colorful, musical, lots of energy. It’s a hot destination right now, for good reason,” says Hardy. As part of an operatic experience, passengers on this train see much of the country’s third-largest state, Maharashtra. The region, one of the most industrialized in India, offers visitors a chance to absorb some of its rich history, and although urban sprawl is part of the scenery, Maharashtra also is a land of fertile farmland, rivers, beaches, and hilly terrain where the British built hill stations to escape the heat.

The Deccan Odyssey, in operation since 2004, is a joint venture of Indian Railways and the Maharashtra Tourism Development Corp., and management of onboard services is handled by the Taj hospitality group. The train features 44 compartments spread over 11 air-conditioned cars, four presidential suites, an ayurvedic spa and a gym with a steam room. Two restaurants, a bar car, and a business center with conference facilities round out the train’s offerings.

The eight-day experience begins in Mumbai, where the train makes its way south along the coast to Goa before heading north and inland through Kolhapur, Daulatabad, and Chandrapur, where guests take a jeep safari at India’s second-largest tiger reserve, Tadoba National Park. Along the way, passengers can meander the beaches of Goa, visit temples and palaces, and enjoy cultural programs. Other highlights include the ancient Ajanta caves and the Ellora caves, both of which appear on UNESCO’s list of World Heritage Sites.

The Deccan Odyssey operates between September and April, and peak season is October through March. Prices during peak months are $500 per person per night, or $800 per person per night for a presidential suite, based on double occupancy. If pressed for time, travelers can opt for legs of two nights or more, at various stages of the journey.