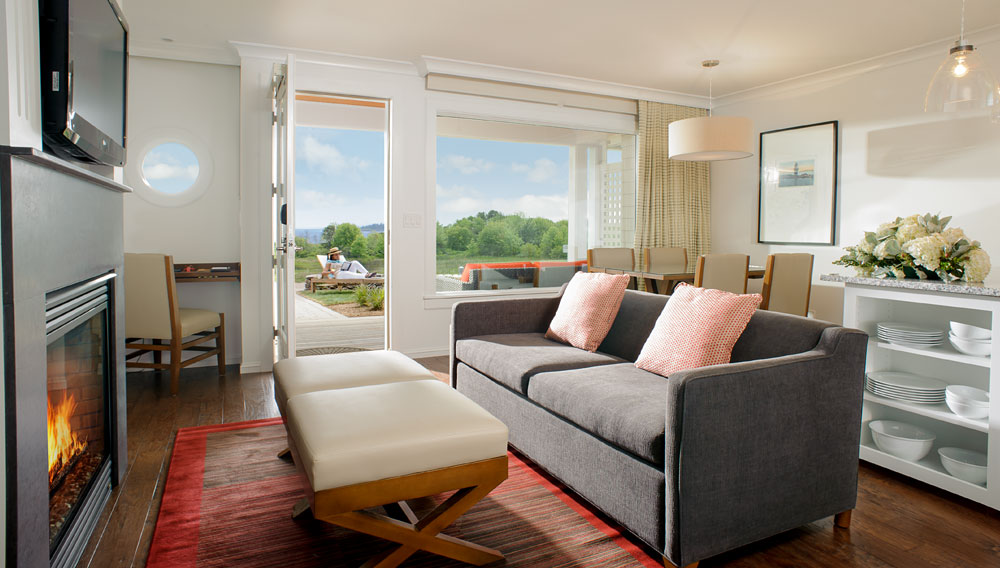 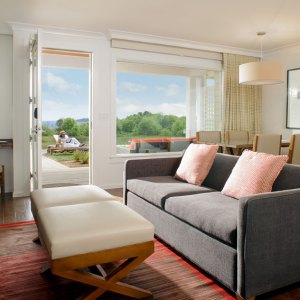 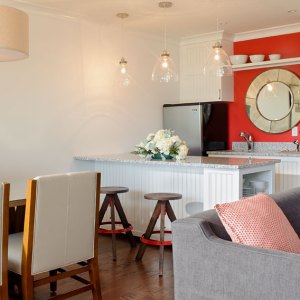 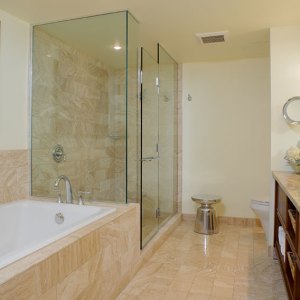 As summer hits its stride on the Maine coast, Inn by the Sea on Cape Elizabeth, just south of Portland, provides several reasons for guests to visit this alluring part of the Pine Tree State. Last month, the inn unveiled 10 beachfront suites: one bedroom (700 square feet) or two bedrooms (1,300 square feet) and with the option to open up two adjoining suites for a large gathering. Each suite has a balcony or porch overlooking the inn’s wildlife habitat and Crescent Beach, as well as gas fireplaces, oversize bathrooms, and fully equipped kitchens, complete with lobster pots and claw crackers.

The inn also offers a broad range of activities and facilities, including a spa, and local victuals such as Gulf of Maine seafood-and-lobster paella in its restaurant, Sea Glass.

This time of year, the inn reintroduces its latest version of the Lucky Catch Package (starting at $775 per night for a three-night minimum). The package, available through October 4, includes admission for four aboard the Lucky Catch lobster boat, where guests don rubber aprons and gloves and help haul and bait lobster traps while they gain knowledge about life on and in the harbor. The outing also includes four lobsters and a gift certificate for the Portland Lobster Co. next door on the pier, which will cook the crustaceans on the spot. Available through October 15, another summer package called Taste of Maine (starting at $748 per night for a two-night minimum) includes, among other gastro treats, a guided foodie tour of Portland, where the itinerary might include samplings of smoked seafood at Browne Trading Co. or craft beers at Gritty’s brew pub. (207.799.3134, www.innbythesea.com)