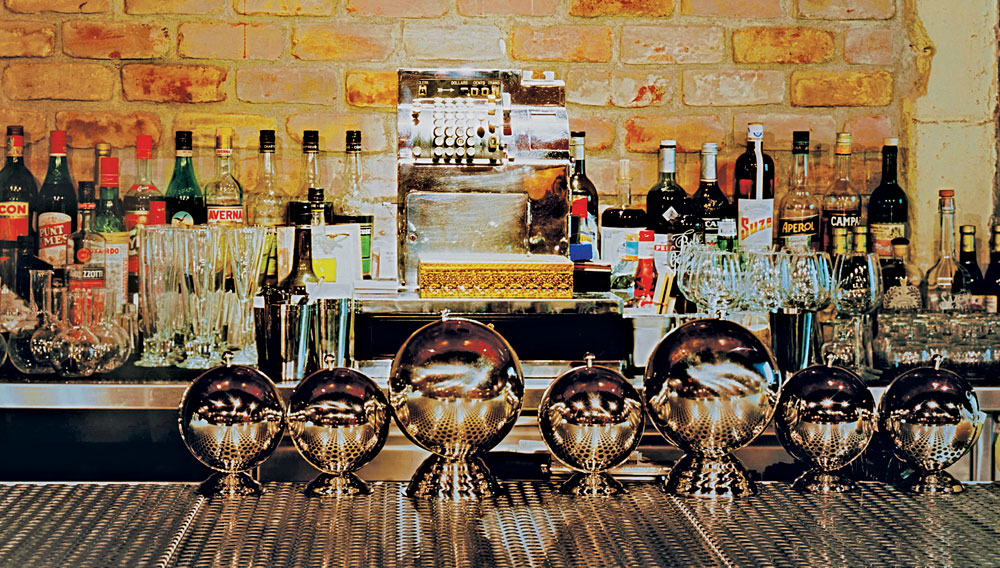 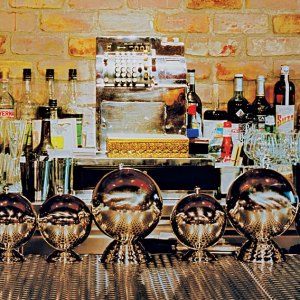 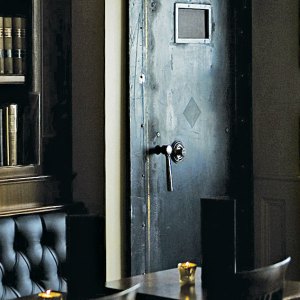 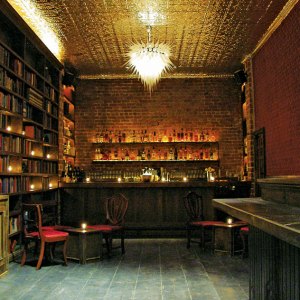 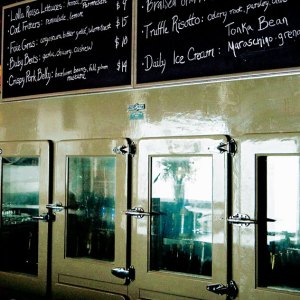 It seems ridiculous to call them speakeasies or hidden bars when they are some of the most celebrated craft cocktail establishments in the United States. But 12 years after Sasha Petraske opened Milk & Honey in New York City, the first of the modern speakeasies, what seemed destined to be a fad has instead turned into an entirely new genre of bar.

Unlike the originals—the Prohibition-era bars that operated illegally—these are completely legal watering holes that only behave as if they are about to get busted. There are bars hidden behind secret walls, trick bookcases, and blue-lighted doorways. There is a bar you enter through the phone booth at the back of a hot-dog stand, and perhaps best of all: a secret bar hidden inside another secret bar. At this moment we suspect there is a secret bar opening under the secret bar’s secret-bar back booth.

True, the trend wants to stagger into a gimmicky direction. But the best of the hidden bars refrain from falling into that trap, turning out cocktails made with infinite precision and a battery of house-made ingredients that guarantee you will taste nothing like them anywhere else.

Here are a few of the best spots to sample this theatrical form of nightlife, phone numbers included. Use them. The neo-speakeasy tends to be small and exclusive, and almost never allows standing at the bar. A reservation is a must.

Look for the sign that reads Anti-Saloon League. Push the buzzer beneath it and the host will crack the door and peep out. If you booked online, you will know the password. Bourbon & Branch is a multiroom, 1920s-style bar that is as market driven as it gets for a place that serves no food. But the real draw is the secret-bar-within-the-secret-bar that opened last year: Wilson & Wilson is accessible by walking through a hidden doorway at the back and mostly limits reservations to two. It serves more advanced cocktails layered with house-made infusions, bitters, and tinctures, including the Pinkerton, with Knob Creek bourbon, tobacco tincture, cranberry-orange bitters, coffee syrup, and Angostura bitters. 501 Jones St., San Francisco; 415.346.1735, www.bourbonandbranch.com

In a turn-of-the-century garment factory on Capitol Hill, Tavern Law operates as a bustling street-level bar. Elbow through the crowd to find an old vault door with a peephole: It is the passageway to Needle & Thread. A black rotary phone rings upstairs. If you have a reservation, or if there is space in the 27-seat lounge, the bartender will unlatch the bolt and guide you up a creaky stairwell to an intimate Art Deco cocktail bar. Mixologists create custom drinks from rare mezcals, gins, rums, and Scotches, such as Ardbeg Alligator single-malt, and serve them in vintage glassware. Many use one of 30 tinctures, including one made from rose ash (burnt rose hips) whose floral-medicinal flavor “is very spring,” says Dana Tough, the chef and co-owner. 1406 12th Ave., Seattle; 206.322.9734, www.tavernlaw.com

Famously hidden behind a phone booth inside of Crif Dogs, a hip hot-dog joint in the East Village, PDT is the dimly lit stage for bar manager Jim Meehan; it is renowned for exquisite, potent drinks, such as a milk punch made with cereal milk (literally milk infused with cereal), a white whiskey from New York called Glen Thunder, and a wheat-based whiskey from Kentucky called Bernheim. (Meehan recently wrote this generation’s cocktail bible, The PDT Cocktail Book, spilling some 300 recipes.) Six tables by reservation and 13 barstools for walk-ins hold 43 guests; reservations are taken on the same day starting at 3 pm and are usually gone in 30 minutes. Crif’s deep-fried hot dogs—created by some of New York’s best chefs, including Eleven Madison’s Daniel Humm and Momofuku’s David Chang—serve as bar snacks. 113 St. Marks Place, New York City; 212.614.0386, www.pdtnyc.com

Six years ago, bartender Todd Thrasher opened a fish-and-chips spot that came with an abandoned, yet familiar, upstairs space: “It was an illegal poker room,” he says, “and I have a 1979 photo of my father in a powder-blue tux playing poker here.” Now it is PX, a dark, elegant bar that is open only when a pirate flag is flying and a blue bulb illuminates the unmarked door. A 20-cocktails list changes nightly, with drinks such as The Fish Grew Up and Became a Martini (fennel-infused Plymouth gin, fennel syrup, orange juice, olive juice, Dolin dry vermouth, and an orange-stuffed Castelvetrano olive). It is a bar inspired by the kitchen (in this case, by a bass dish) and one obsessed enough to make its own vermouth. Thrasher is also “a strict enforcer” of the dress code, which means jackets for men, no hats, and no jeans. 728 King St., Alexandria, Va.; 703.299.8384, www.eamonnsdublinchipper.com

The room is dark and slightly dingy, with red-flocked wallpaper and cushioned wood booths, the door marked only by a drawing of a cocktail coupe. But The Varnish—tucked into a back room of Cole’s, a 104-year-old public house that claims to have invented the French dip sandwich—has become the top cocktail destination in Los Angeles, thanks to Eric Alperin, bartender and co-owner, and his partner Sasha Petraske, whom Alperin worked with in New York at Milk & Honey and Little Branch. The Varnish focuses on perfectly executed classics and riffs that hew close to the originals. The Training Day, for example, is a take on the Rob Roy, with Nonino amaro sitting in for the sweet vermouth. It is prepared with an iceberg hunk of ice, hand cut from the 300-pound blocks. “We’re not trying to reinvent the wheel,” Alperin says. “We’re just trying to turn it again and maybe a little bit better.” Tables are first come, first served, and parties are limited to six. 118 E. Sixth St., Los Angeles; 213.622.9999, www.213nightlife.com

First, find the bookstore—there is no sign—with a curiously limited inventory: books on wine, food, and spirits, and “books by drunken authors—Hemingway, Bukowski, and that sort,” says proprietor Sean Kenyon. Then inquire about an actual cocktail: Your name will be written on a card and passed through a hole in the wall, a hidden handle will be clicked, and a bookcase will open to reveal Williams & Graham, a grand barroom with 12-foot tin ceilings and early-20th-century decor. Kenyon, a third-generation barman, offers 47 cocktails in a 14-page menu that looks like an old book. The Smoky Mountain is a signature of the 6-month-old bar, made with Spring44 honey vodka from Colorado, Del Maguey mezcal, Leopold Bros. peach liqueur, lemon juice, and honey-habanero syrup, and served over hand-cut ice. There is also a cocktail-friendly dining menu. 3160 Tejon St., Denver; 303.997.8886, www.williamsandgraham.com