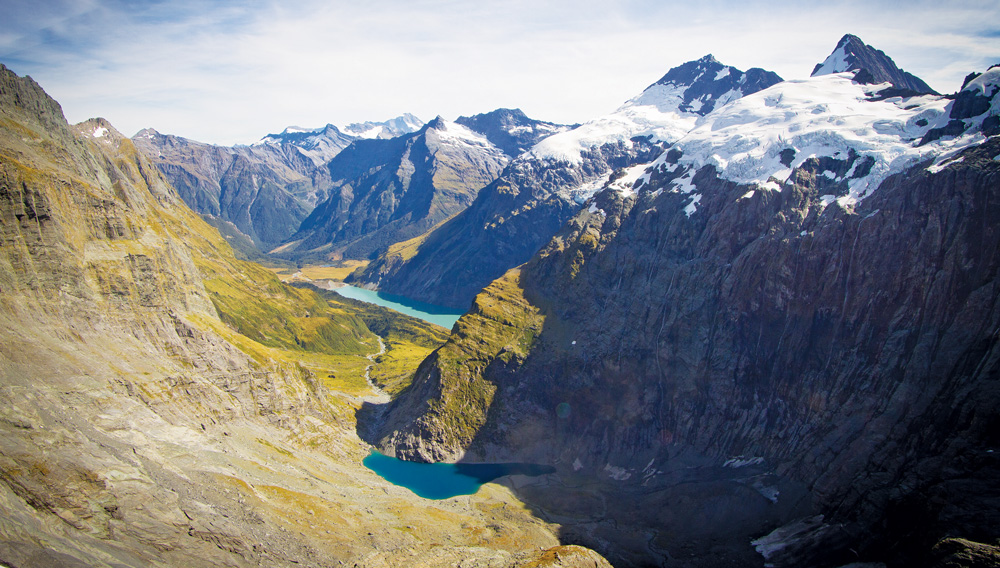 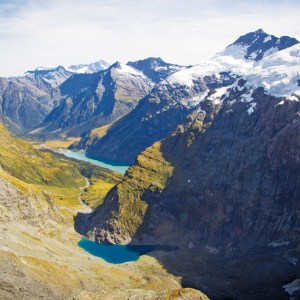 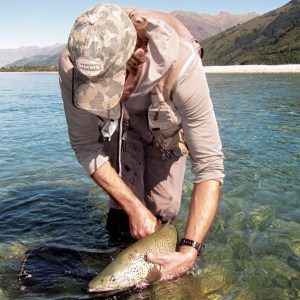 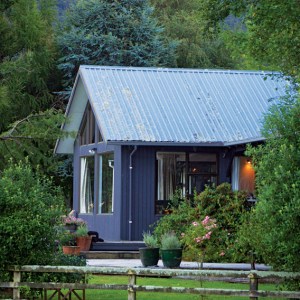 In New Zealand, a heli-fishing pioneer soars to new heights.

The R44 Raven II hovers above Mount Aspiring National Park, waiting for a hole in the clouds to appear. The craggy cliffs and snaking rivers of New Zealand’s South Island are blanketed in a thin, white fog, which obscures our path to a clearing on the shore below. Suddenly, the helicopter zooms through, touching down on the edge of an unnamed tributary just long enough for Chris Daughters and me to hop out and make our way upstream.

We are on the hunt for the snouts of feeding trout, but to my untrained eyes, I see little more than gin-clear water rushing over smooth boulders and pebbles. “There’s one,” Daughters says, pointing 40 feet upstream, just off the bank. I drop my beetle fly in and hold my breath. Soon, a brown trout—five or six pounds, at least—is tearing about, leaping clear of the water’s surface several times before landing in Daughters’s net. Triumphant, I pose for a picture with my fiesty first catch before releasing it back into the river.

With its combination of big fish, spectacular scenery, and crystalline streams, New Zealand’s South Island has long been a bucket-list destination for fly-fishing enthusiasts such as Daughters. The Amer­ican entrepreneur and avid angler first came to the region more than 20 years ago. “I was taken with the landscape, the friendly people, and the quality of the fishing,” he recalls. Several years later, Daughters visited Cedar Lodge—a 5-acre fishing retreat on the edge of Mount Aspiring National Park—for his 40th birthday, and he was instantly enamored. “When we heard that the lodge was up for sale,” he says, “it felt like it was meant to be.”

Daughters and his wife, Shauna, purchased Cedar Lodge in 2013 with an eye toward updating the heli-fishing lodge for modern travelers. Originally opened in 1979, the five-room property pioneered the concept of heli-fishing in the region, flying guests to dozens of rivers that seldom, if ever, attracted other anglers. The Daughterses’ revamped property reopened last fall with a new look and amenities, including a guest lounge with floor-to-ceiling windows and an alfresco dining area serving French and “modern Kiwi” cuisines. Future plans include renovations in the guest rooms and remaining public spaces, as well as a host of new experiences that include heli-hiking, jet-boat tours, and ATV excursions.

World-class fly-fishing remains Cedar Lodge’s raison d’être, and by the end of my afternoon with Daughters I have landed a handful of sizable specimens. Between poses with our prize catches, however, the retreat’s owner reminds me that the action on the water should not outshine the Mount Aspiring surroundings. “As much as you need to focus on the river, it’s a good idea to look up now and then,” he says. “Missing the scenery would be a shame.”