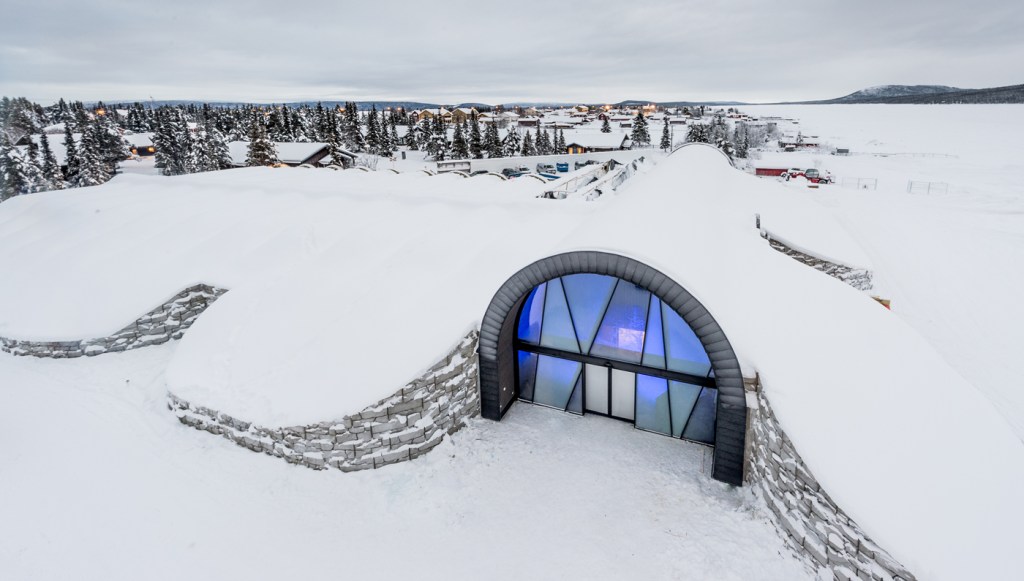 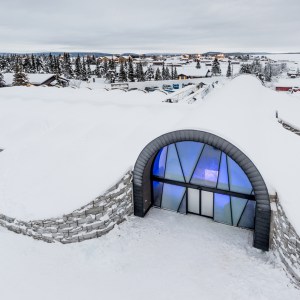 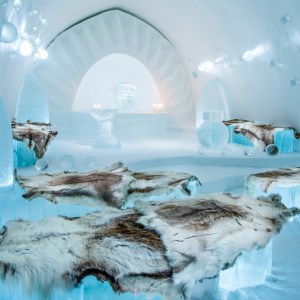 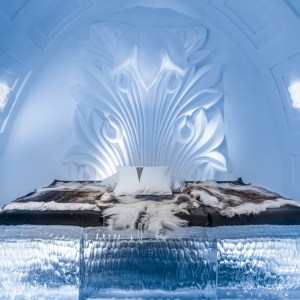 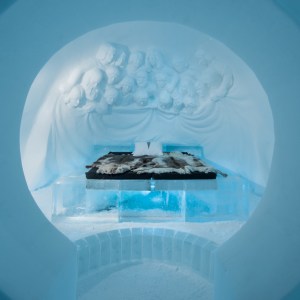 Every winter since 1989, Sweden’s Icehotel has been carved into existence, sculpted from frozen masses harvested from the adjacent Torne River. And every spring, the hotel melts, trickling back into the river from whence it came. This year, however, the frosty retreat in the village of Jukkasjärvi will stay cool long after the winter temperatures rise, thanks to the debut of the first-ever Icehotel 365.

Powered by solar energy, the Icehotel 365’s indoor temperature is set at a constant 23 degrees Fahrenheit, maintaining 11 new ice art suites, nine deluxe ice suites (the first-ever rooms at the hotel with private saunas and bathrooms), an ice gallery, and an ice bar. The inner walls are made from ice blocks, just like the original building, but the year-round version features exterior walls made from concrete that are covered with a mixture of ice and snow.

Yngve Bergqvist, the founder of Icehotel, is passionate about sustainability and has always highlighted the beauty and freshness of the Torne River, which he so carefully employs. Jukkasjärvi is 124 miles above the Arctic Circle and, during the summer months, the sun shines for the equivalent of 100 consecutive days. Bergqvist and his team realized that solar panels could harvest this near-constant daylight to power the cooling mechanisms necessary for a year-round building. They soon discovered it actually leaves the hotel with an energy surplus, which they use to power other buildings like the restaurant and their offices.

The original Icehotel—with its 15 art suites (made by artists), 20 ice rooms, and ice chapel—will continue to be built each winter and melt each spring. But for warm-weather travelers looking for a cool way to chill out, Icehotel 365 will surely be a welcome addition. (icehotel.com)