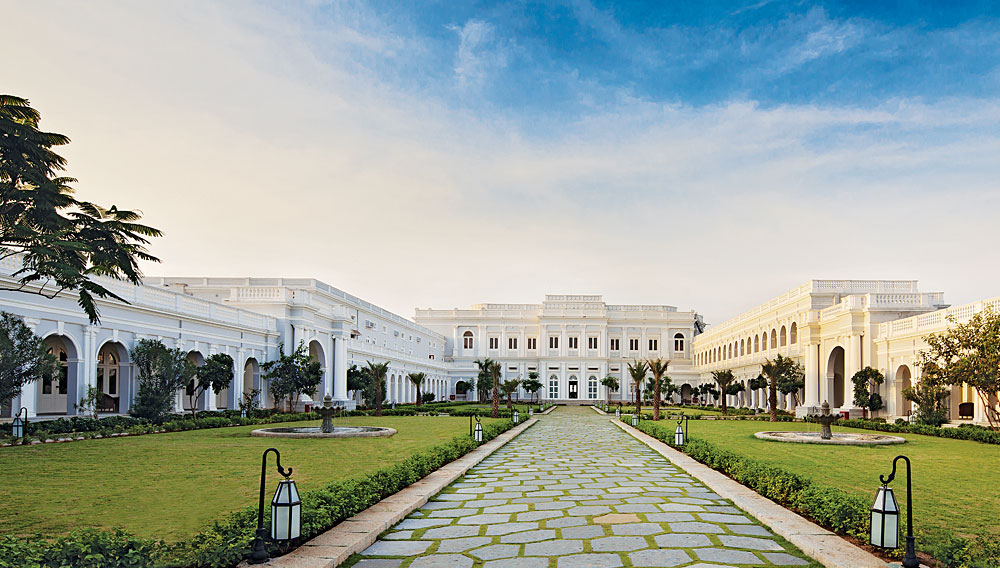 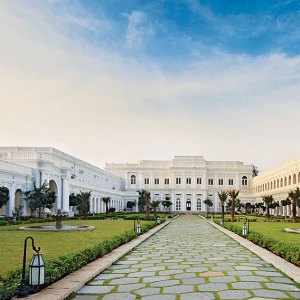 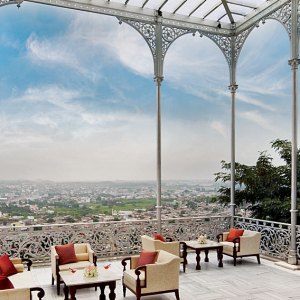 During the late 1800s and early 1900s, Nizam Mehboob Ali Khan presided over the southern Indian city of Hyderabad from his hilltop Falaknuma Palace. The beauty of the marble building faded along with the Nizam dynasty after India gained independence from Great Britain in 1947. But last November, after a decade of restorative work, India’s Taj Hotels Resorts and Palaces opened the newly resplendent Falaknuma as a 60-room hotel.

Standing alone on the hilltop, just 20 minutes by car from Hyderabad’s new airport, Taj Falaknuma Palace offers sweeping views of the modern metropolis below. From the elevated Jade Terrace, guests can also marvel at the 32-?acre palace grounds, where peacocks roam freely through Mughal, Rajasthani, and Japanese gardens originally planted during the Nizam’s reign.

Falaknuma’s Jade Room, located next to the terrace, hosts high tea under green Victorian ceilings and massive Venetian-glass chandeliers. But the palace’s opulence reaches its apex in the Grand Presidential Suite: Set in the former chambers of the Nizam, the accommodation includes gardens and a swimming pool and affords access through a private entrance to the hotel’s Royal Jiva Spa. Taj Falaknuma Palace, +91.40.243.88.888, www.tajhotels.com