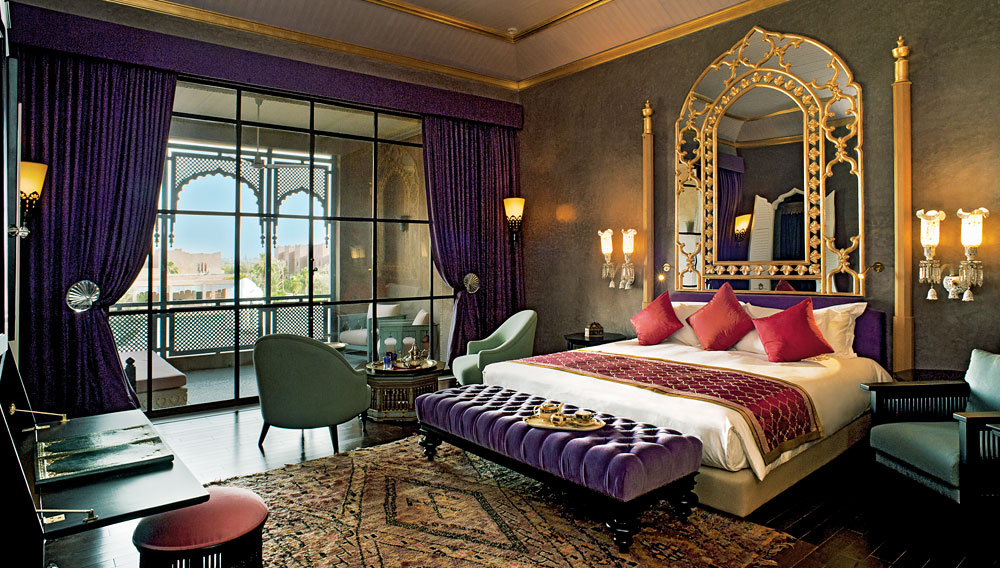 Commissioned to build a five-star hotel in Marrakech, Ameri­can architect Stuart Church was presented with a 124-acre site in the Palmeraie district, 10 minutes outside the Old City. Church developed a cohesive plan encompassing architectural, interior, and landscaping designs for what was to become the Mandarin Oriental Marrakech. Five years and several false starts later, the hotel is finally complete and almost ready to open—as the Taj Palace Marrakech.

The 161-room Taj, which changed management companies in May, reflects the city of Marrakech with its African, European, Asian, and Indian influences. The main building resembles a Berber casbah crowned with an Ottoman dome. Lacy screens frame arched windows that look onto manicured gardens large enough to ride bicycles through.

The Taj’s ornate interiors are as bright as the fashions in the 2010 movie Sex and the City II, much of which took place in the hotel’s massive Royal Suite. Not completed in time for filming was the property’s green Guatemalan-marble pool that measures 17,222 square feet, or the 40,000-square-foot Jiva Grand Spa with 14 treatment rooms and two hammams. Both facilities will be ready when the hotel opens, which, according to the latest estimates at press time, should be in the first few months of 2012. Taj Palace Marrakech, 866.969.1825, www.tajhotels.com