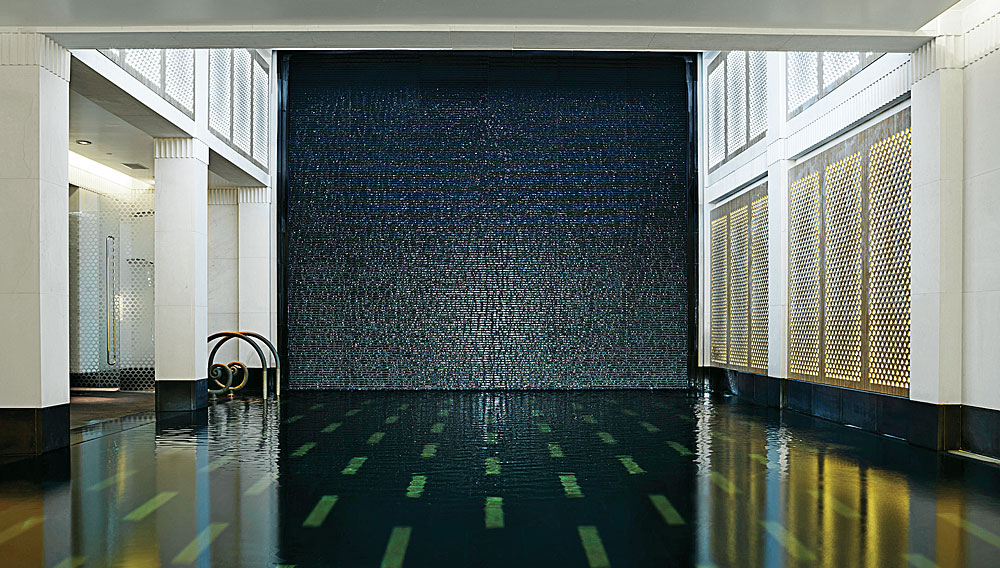 Beneath the ornate Edwardian lobby of London’s Connaught hotel lies a portal from England to the East. The Aman Spa at the Connaught—located in the basement of the freshly renovated property—is the first Amanresorts-branded facility built outside of one of the company’s own hotels. And yet, upon entering the spa, guests will feel as though they have been transported to one of the Singapore-based chain’s exotic Asian resorts.

Since 1988, when Amanresorts opened its flagship Amanpuri property in Phuket, Thailand, the company has connected with its loyal customer base by emphasizing intimacy, discreet service, design, and unbeatable locations. The Connaught—a 113-year-old Mayfair Village landmark that last June was named Robb Report’s Best of the Best hotel following its reopening—provides one such setting, and the philosophy at the spa, which debuted last December, follows Amanresorts’ proven approach.

Treatments at the spa begin with cups of Thai ginger-lemongrass tea and take place within one of five low-lit, oak-paneled suites, each of which has a private dressing area, a steam room, and a shower. Spa director Heather Blankinship culled therapists from around the world and incorporated daily yoga and meditation sessions into their months-long preopening training. To complement the tranquil demeanor of the therapists (who meditate daily), Indonesian designer Jaya Pratomo Ibrahim created a calming palette for the spa’s interiors, which include intimate spaces decorated with gray Portland stone, polished pewter, and Asian-inspired latticework.

The Aman Spa’s therapies borrow from Asian and North American healing remedies, using Thai hot herbal compresses alongside Samadara facial-manipulation techniques and red-clay body wraps infused with Navajo herbs. To choose a treatment, guests can read the spa’s menu or simply talk to their therapists about what they want to achieve during their sessions. Post-treatment options—before returning upstairs to London proper—include dozing off beside the spa’s meditative gray-granite lap pool.