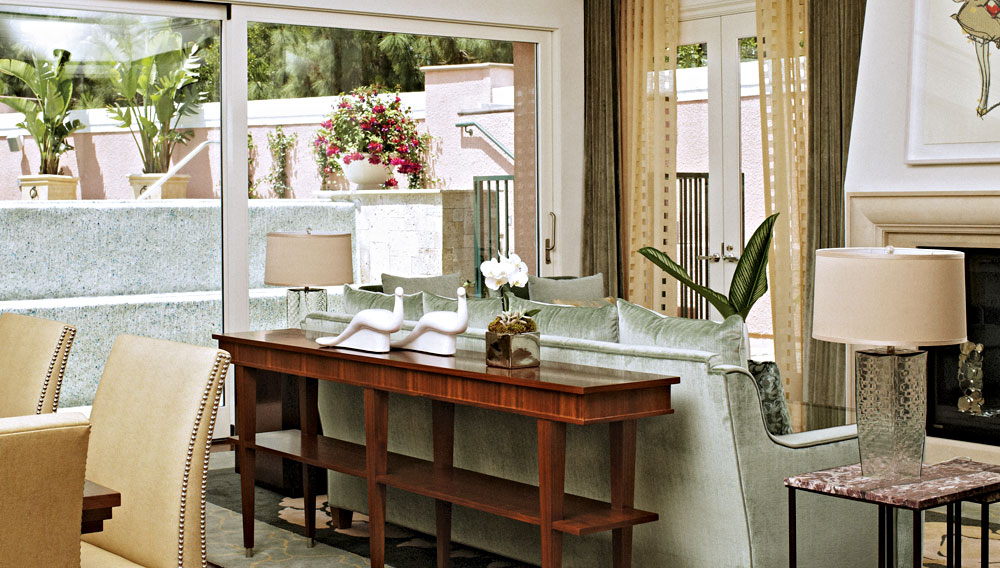 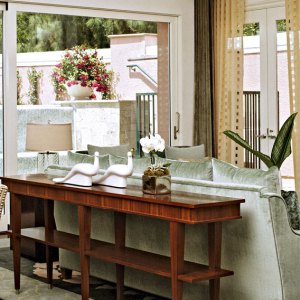 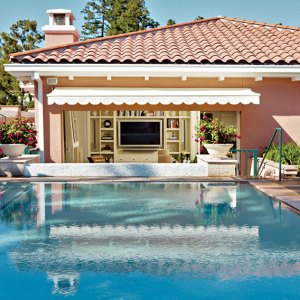 Photographs hanging in Presidential Bungalow No. 24 show a T-shaped building abutting acres of Southern California farmland. The images were taken around the time the Beverly Hills Hotel and Bungalows opened in 1912, two years before Beverly Hills was established as a city. Over the decades, as stately residences filled in around its 12-acre site, the hotel became a requisite stop for Hollywood stars and other high-profile guests—who now have two new reasons to settle down at Beverly Hills’ most famous address.

Debuted in June, the two Presidential Bungalows at the Beverly Hills Hotel measure nearly 5,000 square feet apiece. The three-bedroom complexes, the largest suites in the Los Angeles area, sit behind green wrought-iron gates that are decorated with banana leaves (a motif since 1948, the year the hotel was famously painted pink) and equipped with video call boxes.

Inside the bungalows, priced from $13,610 per night, vaulted ceilings rise above open-plan living areas. Diversions include 65-inch Bang & Olufsen plasma televisions, outdoor showers for two off the master suites, and in-house exhibitions of old-Hollywood photographs. The Beverly Hills Hotel and Bungalows, 310.276.2251, www.beverlyhillshotel.com