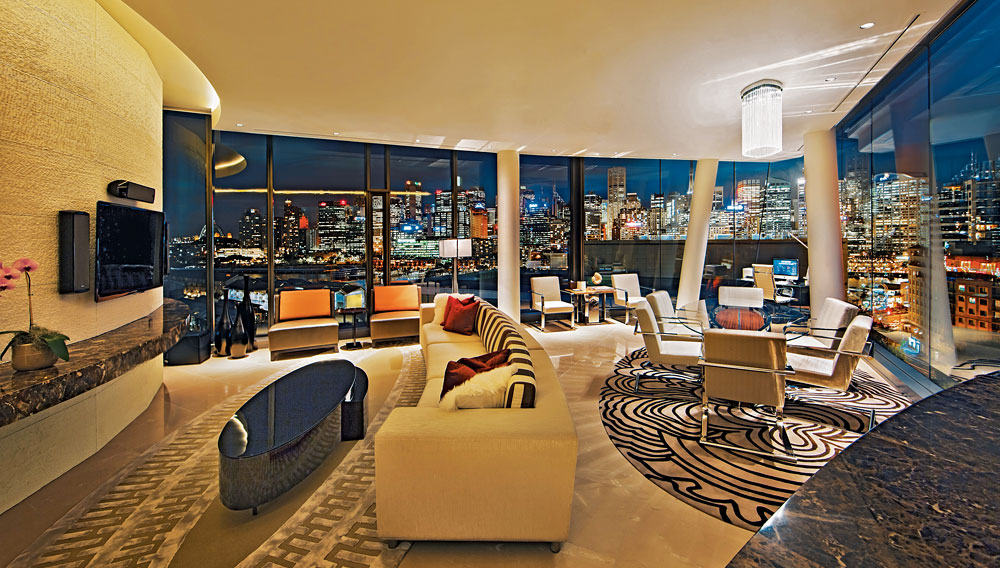 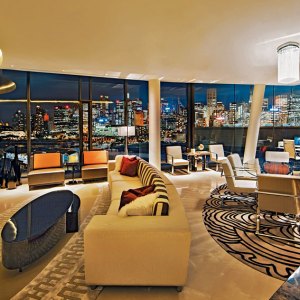 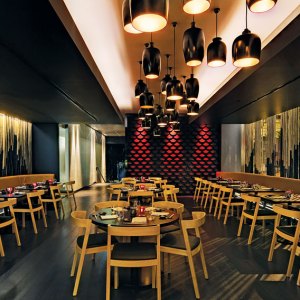 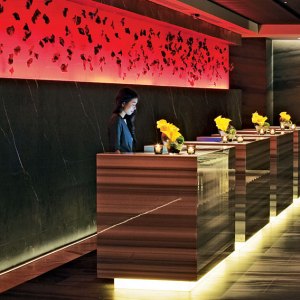 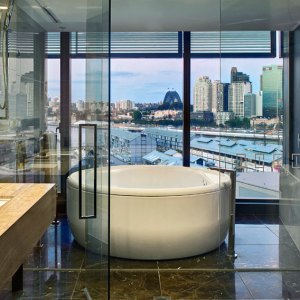 The first notable hotel to open in Sydney since the 2000 Olympic Games, the Darling debuted in October in the city’s bustling Darling Harbour precinct. The hotel is housed in an inverted, 12-story glass tower with views of Sydney Harbour Bridge, the Blue Mountains, and the behemoth Star entertainment complex that it is part of: An $870 million redevelopment of the Star added 20 new facilities, including a Momofuku Seiobo restaurant, nightlife and gaming venues, Salvatore Ferragamo and Bottega Veneta boutiques, and, most impressively, the hotel’s angular tower.

Guests enter the Darling beneath a swooping swallow–shaped installment by British artists James and Eleanor Avery. The sculpture serves as a precursor to the whimsical works and contemporary décor inside, where buttons offer one-touch control of the blinds, temperature, lighting, and entertainment systems in the 171 rooms and suites. Suites positioned in the apex of the tower afford fireplaces, media rooms, and butler service, and offer the best Sydney Harbour views.