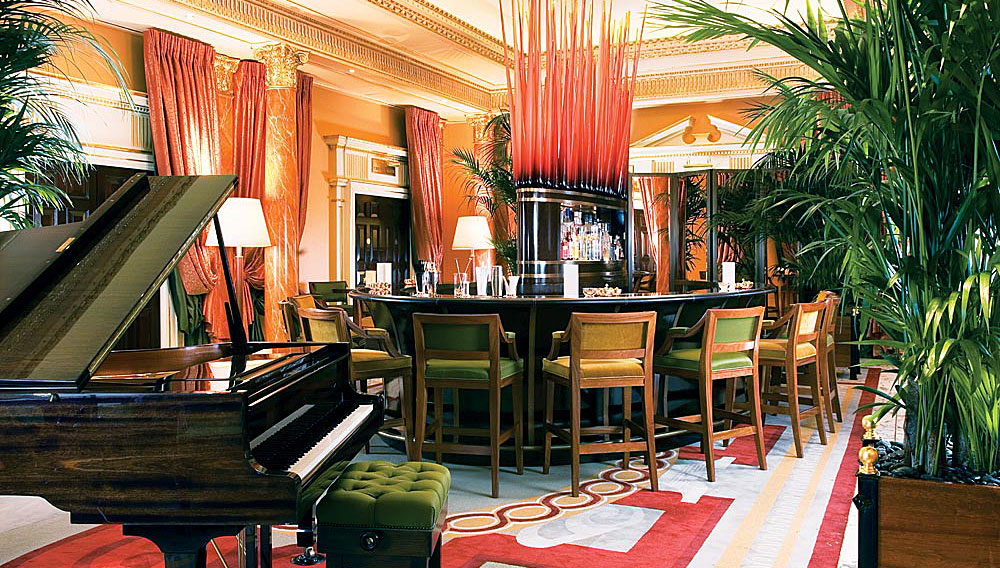 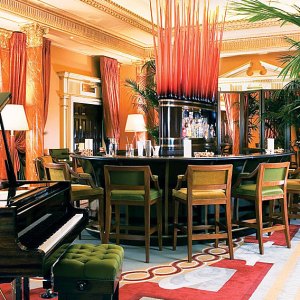 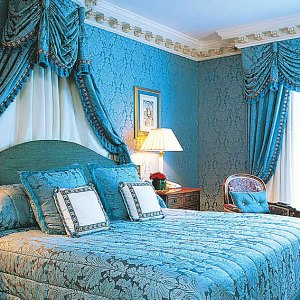 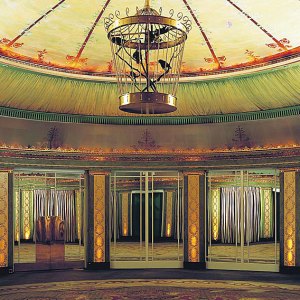 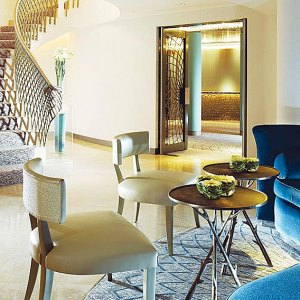 It may be a stretch to suggest that the course of World War II changed in the spring of 1944 when General Eisenhower, unhappy with the decor at Claridge’s, checked out of the hotel and took a stroll through the streets of the Mayfair district to the Dorchester. But it was at his new lodging, in what is now one of the Belgravia Suites, that the Allied supreme commander met with Winston Churchill to plan the Normandy invasion. To preserve Eisenhower’s privacy, Churchill ordered the construction of a wall on the suite’s balcony, a feature that remains intact after the Dorchester completed an $81 million renovation in time for the hotel’s 75th anniversary in 2006. Accommodations Each of the 195 guest rooms, 50 suites, and four roof-garden suites is distinct in design. Facilities Lounging in the spa’s sitting area, which is dominated by an Art Deco fountain spouting water from bronze water lilies, qualifies as a treatment in and of itself. The hotel’s function rooms include a ballroom that is paneled in black Spanish glass and can accommodate as many as 800 guests. Dining Go to the Grill for British food, China Tang for Cantonese fare, and the Krug Room for private Dining and Champagne tastings. Concierge Recommends A guided shopping trip to fashion boutiques, arts and antiques shops, perfumeries, and other holders of the Royal Warrant (which is awarded to establishments that supply royal households) on nearby Bond Street. Rates From about $775 for a standard single to $30,400 for the Royal Penthouse.