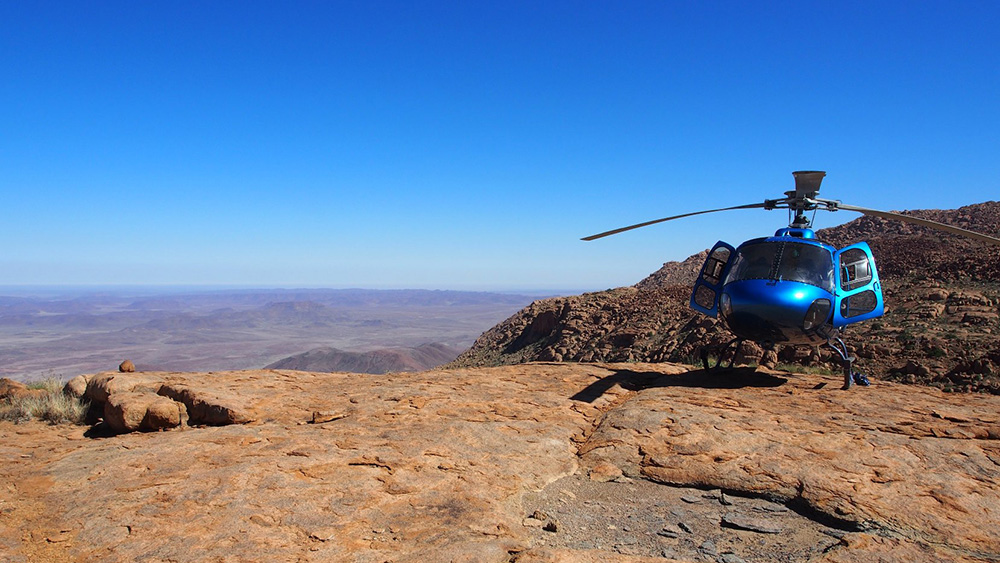 Courtesy of the Explorations Company

Nicola Shepherd has been going to Africa  for 30 years, exploring new destinations  and taking clients on trips of a lifetime. Now she’s introducing the “off-piste safari,” a truly bespoke bush experience. While on a jaunt from South Africa to Rwanda to Kenya, she filled us in on the high-flying details.

What is an off-piste safari?

It’s doing things that nobody else is doing—or hasn’t done for 50 to 100 years. It’s feeling like the original pioneers of the early 20th century, going into pristine regions that are devoid of tourism and have a plethora of wildlife.

And how do you do that?

By private plane. When you have a Challenger 350 and a Pilatus 12 at your disposal, you can bypass a lot of the time-consuming issues that come with flying commercial in Africa, and it means you can go straight to smaller areas like Tanzania’s Maswa region and the Namib Desert without the extra overnights and pit stops.

Namibia coast dunes near Swakopmund  Courtesy of the Explorations Company

Is the Explorations Company the first  to offer this level of customizability?

There are other companies that have private-jet safaris, but most offer them en masse—one goes with dozens of other people. There is nothing private or bespoke about that.

Does the exclusive treatment continue once you’re on the ground?

Yes. Once we’re in places like the Serengeti—where it can seem like the whole world converges during the Great Migration—we bypass the national parks and instead take our clients to totally private concessions where you can get out of the vehicles, away from the crowds and view the animals on foot. We also have contacts with top scientists and researchers to arrange behind-the-scenes access to all sorts of experiences that aren’t viable or available for the general tourist, including microchipping rhinos and collaring lions and elephants.

Where would you say is the ultimate off-piste destination right now?

If somebody wanted to go seriously off-grid, I’d take them to Zakouma National Park in Chad. It’s the largest intact savanna ecosystem in eastern Africa and just a wonder in diversity. It’s truly extraordinary and, for now anyway, virtually untouched.