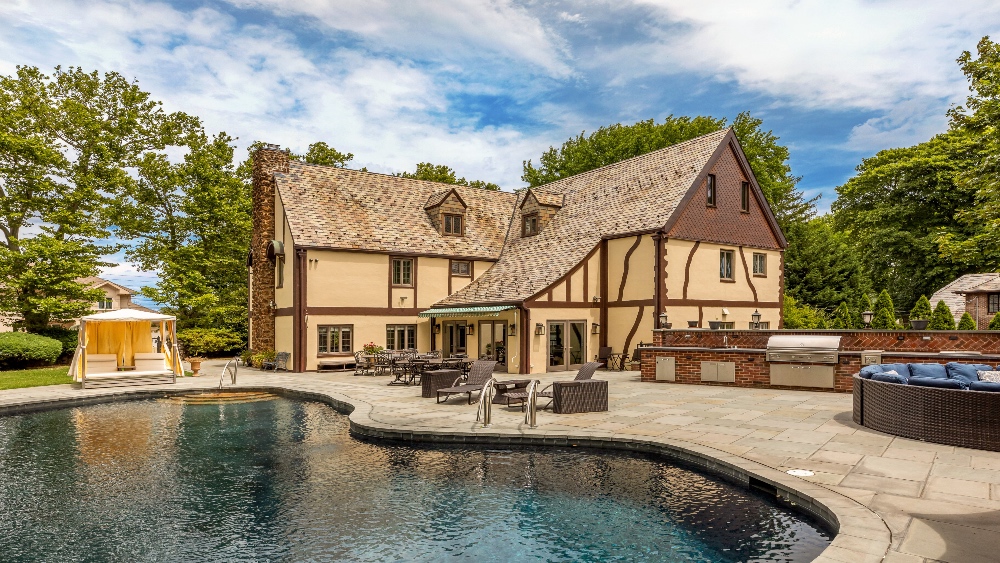 Allow us to present you with an offer you cannot refuse.

You can now become a member of the Corleone family by staying in the very home featured in The Godfather. Francis Ford Coppola’s iconic 1972 film in which Marlon Brando portrayed the infamous Don Vito Corleone was released exactly half a century ago. To coincide with the 50th anniversary, the 6,248-square-foot Staten Island mansion has been listed on Airbnb for a long-term summer stay.

The famous manse is located on Staten Island.  Marc McAndrews/Airbnb

Built in 1930, the residence has gone through significant interior renovations. The exterior made famous by the mafia film has been left untouched, though. Numerous scenes were filmed on the property for the trilogy, including Vito Corleone’s heart attack in The Godfather Part II and the opening scene of Connie Corleone’s wedding reception in the first film. In addition, the estate served as the home base for the characters Peter Clemenza (Richard S. Castellano) and Frankie Pentangeli (Michael V. Gazzo).

Numerous scenes were filmed on the property for the trilogy.  MARC MCANDREWS/Airbnb

Legend has it, Giani Russo, who played Carlo Rizzi in The Godfather and also happens to be a Staten Island native, recommended the Tudor-style home to the film’s production team. The interior scenes, meanwhile, were shot in a studio based in Manhattan.

Wannabe Corleones will have full access to the grand manse, which includes no less than five bedrooms and seven bathrooms. The pad also sports a large saltwater pool, a basement pub for evening cocktails, a game room and a gym.

The property was built in 1930 and has since gone through significant interior renovations.  MARC MCANDREWS/Airbnb

The 30-night stay, which will take place this August, is available for up to five guests and will set you back a modest $50 a night. Bookings open July 27.

Click here to see all the photos of The Godfather Mansion.