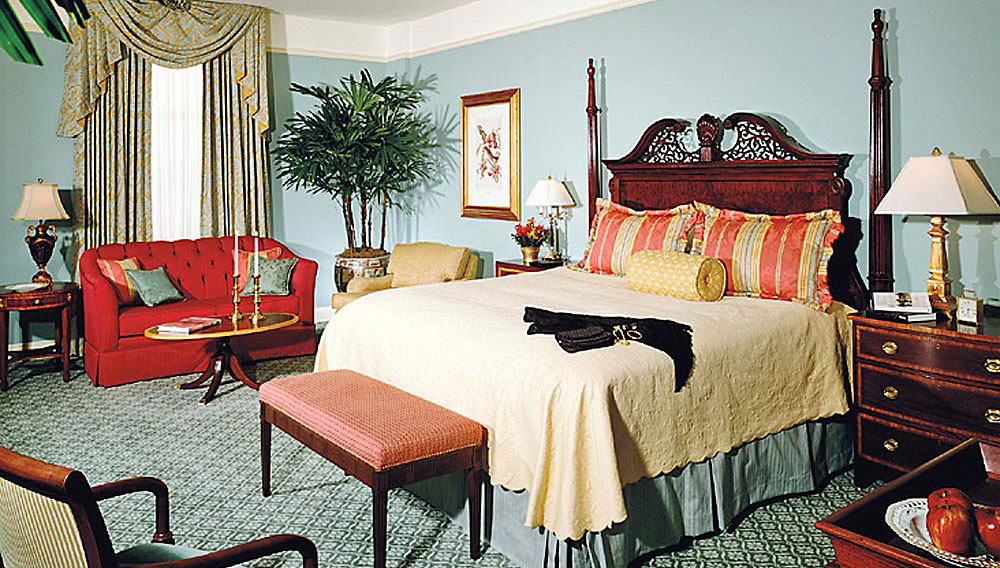 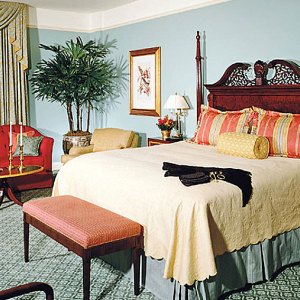 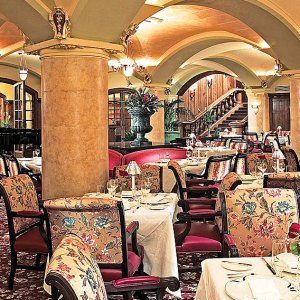 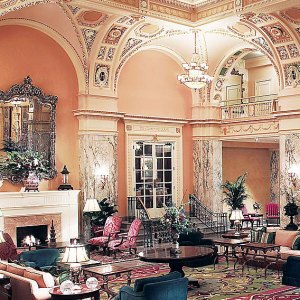 In a first-floor hallway at the Hermitage Hotel in Nashville, Tennessee, a black-and-white photo shows cowboy singer Gene Autry signing into the hotel while his horse, Champion, and human guests look on. Champion stayed on the fourth floor during Autry’s weeklong visit in 1951, and staffers used a freight elevator to transport the horse from his room to the street for his daily walk. The Hermitage remains an animal-friendly hotel; its Pampering Pet Program offers beds, a room service menu, and walking services for dogs. Self-guided walking tours are suggested for humans, who can stroll a few yards from the hotel to such Nashville attractions as the Tennessee State Capitol and State Museum. The Nashville Convention Center, the shops and clubs of the Honky Tonk Highway, and the Ryman Auditorium, which was the home of the Grand Ole Opry radio show for three decades and is still its winter home, are within a few blocks of the hotel. Accommodations Thirty-five of the 122 rooms and suites have views of the capitol building, and the new 1,000-square-foot City View suite affords vistas of the Nashville skyline. The 2,000-square-foot Presidential Suite features a 42-inch plasma-screen TV, a dining room that seats eight, and a butler’s pantry. Facilities Five event rooms, including the first-floor Grand Ballroom and the mezzanine-level Governor’s Salon, which once was the lair of pool player Minnesota Fats, who lived at the hotel for several years in the 1980s. The hotel also has a fitness center and two massage treatment rooms with a limited menu of spa services. Dining Chef Tyler Brown’s dinner menu at the Capitol Grille changes seasonally and might include a 14-ounce Four Story Hills 21-day-dry-aged New York strip steak served with truffled macaroni and cheese or a fried green tomato. Concierge Recommends Attend a classical or cabaret concert at the Schermerhorn Symphony Center, the new home of the Nashville Symphony. Rates From $260 for a deluxe room to $2,200 for the Presidential Suite.