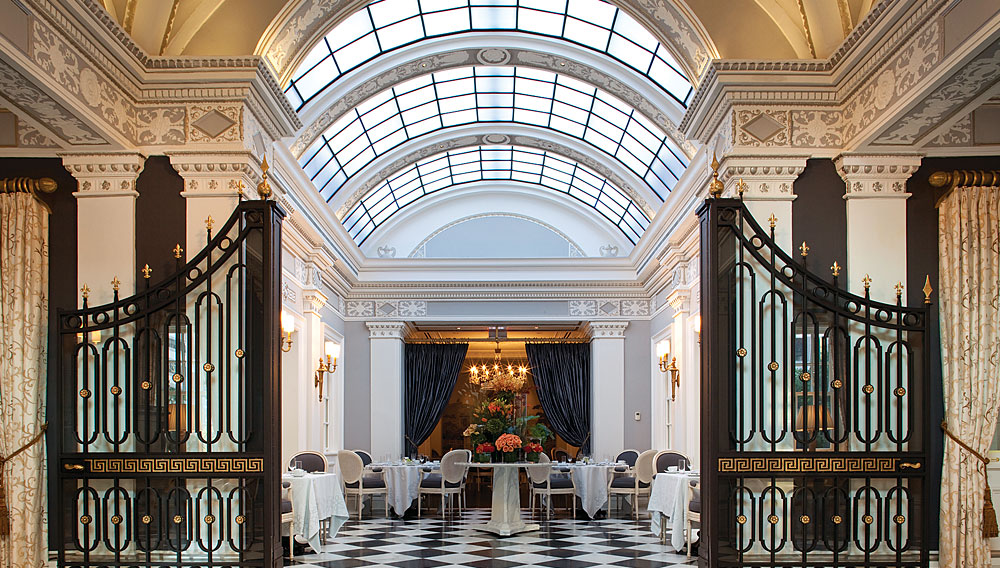 The building at 1200 16th Street in Washington, D.C., that proudly bears the surname of the third president of the United States never, of course, hosted that august personage. But on entering the graceful edifice, which was built in 1923 as an upscale apartment house, one can easily imagine the author of the Declaration of Independence and architect of the Louisiana Purchase energetically pacing the black-and-white-checkered marble hall as he contemplates urgent matters of state, or ensconced at an Empire-style desk, quill in hand, sketching out ideas for one of his myriad inventions.

During the two-year renovation of The Jefferson, Washington, D.C. (202.448.?2300, www.jeffersondc.com), which was completed in the second half of 2009, designers sought to lend the Beaux Arts building the ambience of a grand home. The original barrel-vaulted skylight in the spacious foyer, long plastered over, was uncovered, allowing natural light to accent its intricate 18-century-style moldings and pilasters; writing desks and armchairs replaced the reception counter. The hotel also devised intimate but graciously scaled smaller spaces like the Book Room—a paneled library perfect for afternoon tea or cocktails—and the lounge, Quill, to offer guests quiet places to retreat. The number of guest rooms was reduced to 99 to create 20 suites, no two of which are alike and all of which incorporate subtle themes from Jefferson’s home, Monticello.

The area of the hotel that would no doubt have appealed most to the president, an inveterate gourmand, is Plume, chef Damon Gordon’s boutique restaurant. Diners can select from more than 1,000 wines, including vintages from Jefferson’s own vineyards. ($300–$6,000)