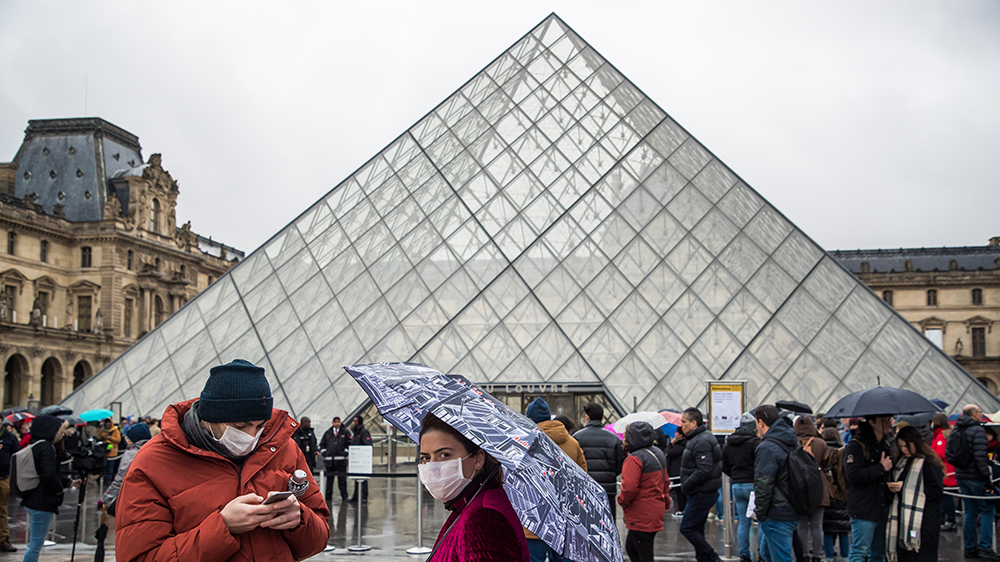 As the coronavirus outbreak widens across the world, national and local governments are starting to take drastic measures to stop it in its tracks. Now, in Europe, where cases have started to surge over the last week, fears over the virus’s spread have caused one of the world’s most venerable art institutions—Paris’s Louvre Museum—to close temporarily.

The closure did not come at the behest of city officials, but rather at the insistence of museum workers. With thousands of visitors lined up outside waiting to get in, Louvre staffers voted “almost unanimously” not to open on Sunday and Monday during a union meeting, reports the BBC. Management had hoped to reassure staff at the meeting of the museum’s safety, but the workers instead decided to walk out en masse.

The closure comes one day after the French government banned gatherings of more that 5,000 people “in confined spaces,” as well as at outdoor events like the Paris half marathon, which was scheduled to be held on Sunday. The Louvre, which sees an average of 30,000 visitors a day, is not subject to the ban because it is not considered a single enclosed space, according to city officials.

Museum workers, however, disagreed with the decision to exempt the museum from the ban. “The Louvre is a confined space which welcomes more than 5,000 people a day,” the museum workers’ union rep, Christian Galani, told the Agence France-Presse, adding, “there is real concern on the part of staff.”

Following the meeting, a spokesperson for the Louvre told Reuters, “Despite talks with management and the staff doctor, the Louvre Museum was unable to open in the absence of sufficient personnel.” The spokesperson added that the two sides would hold another meeting on Monday, but that it was unclear when the museum would open to the public again.

French authorities have so far confirmed 130 cases of the COVID-19 within the country, two of which have resulted in death. That number is still dwarfed by the number of cases in Italy. Considered the epicenter of the outbreak in Europe, Italy saw its number of infections leap to 1,835 on Monday, with 52 deaths. Last week, a doctor from the Lombardy region was diagnosed with the virus while vacationing in the Canary Islands, forcing the luxury resort he was staying at to be put on lockdown.