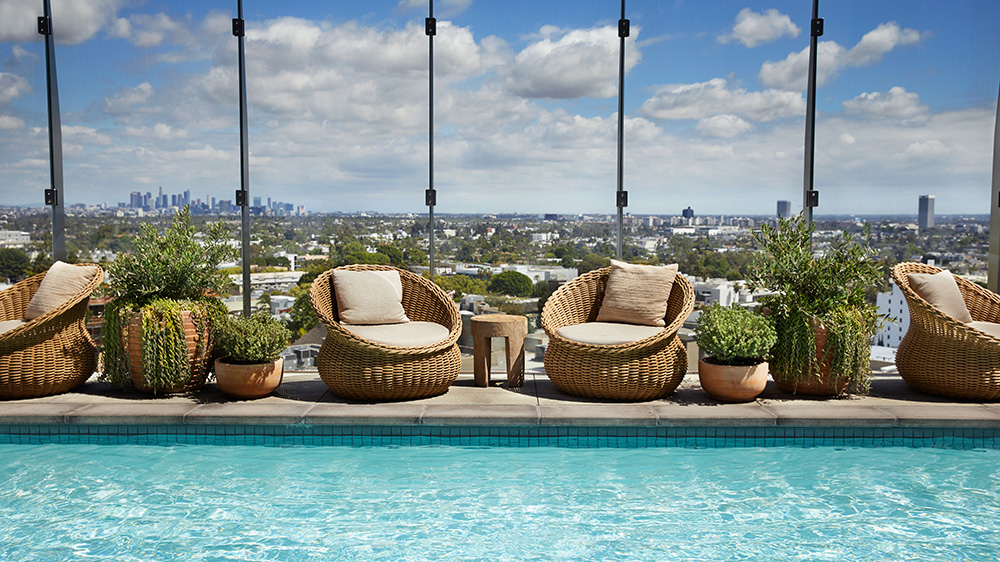 We’ve been so busy hailing the resurgence of Downtown LA that we failed to notice another big neighborhood makeover. A mere oversight it is not: West Hollywood is the district we should have been talking about all along, not only because it feels like it happened overnight—compared to the long and drawn out development of downtown, anyway—but also because it’s revitalizing one of LA’s most iconic, yet underappreciated, stretches of concrete.

If this were any other city, we might be tempted to walk from end to end to take in all the newsworthy openings. But in LA, you can drive or be driven—but never go by foot. Thus, we start in the center of it all, at the newest buzz-maker: the 1 Hotel West Hollywood. We almost have to wonder what took founder Barry Sternlicht so long to bring his next-generation hospitality brand out west. It works so well in Miami and New York, but it feels made for LA with its eco-friendly and health-focused ethos. But this being WeHo, Sternlicht has made sure there’s more than enough scene to go around, with a hard-to-get-into (unless you’re staying at the hotel, that is) rooftop bar and a restaurant by Top Chef alum Chris Crary.

Sternlicht was wise to pull out all the stops given the competition. Three blocks up, another hotelier, local resident and developer Jeff Klein, has been making his own waves with a trifecta of major launches, including the recently renovated Sunset Tower Hotel, the incognito Hotel 850 and the San Vicente Bungalows members club. Klein saw the potential of West Hollywood—which had for decades been considered the unloved middle child to more glamorous neighbors Hollywood and Beverly Hills—long before anyone else, acquiring Sunset Tower and the San Vicente Inn when, as he says, “nobody else wanted them.” Now his buzzing businesses are symbols of an entire neighborhood’s new status—so much so that his club is invite-only and his hotels are sold out almost nightly.

Coming up right behind Klein are a slew of transplants that are also answering the call of WeHo cool. Edition and Pendry are both working on new hotels, and a Kimpton property has recently opened its doors. Culinary giants are migrating en masse, too. Last year, the neighborhood saw the arrival of everyone from Michelin chef Raphael Francois (whose Tesse is a shoo-in for a star when the definitive red guide returns to California this summer) to New York’s Reika Alexander (whose Chateau Hanare brought refined kaiseki
to old-school celebrity magnet Chateau Marmont). By the time David Chang arrives later this year to open the West Coast’s first Momofuku outpost, West Hollywood will be so packed with A-listers that we might almost miss the days of seedy nightclubs and debaucherous dives. Almost—but not quite.