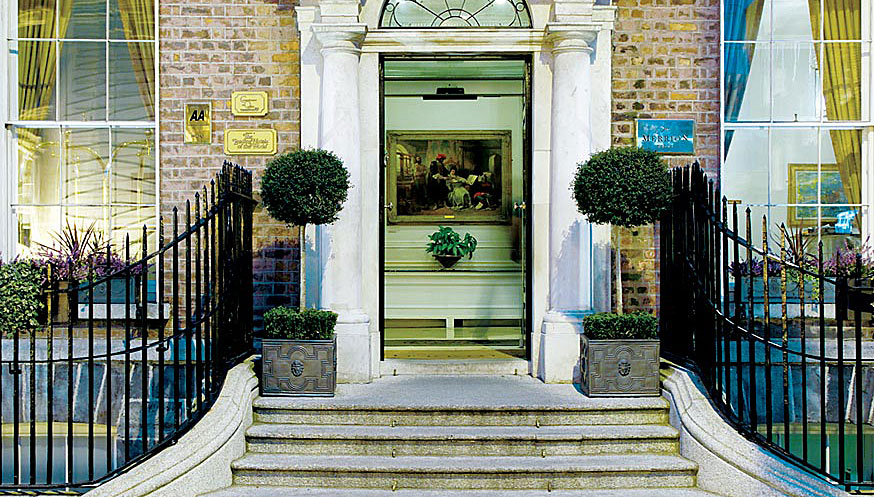 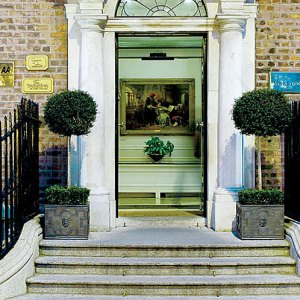 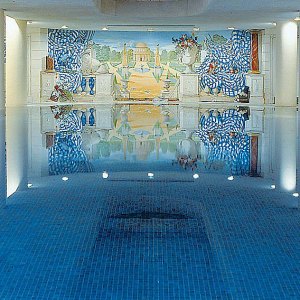 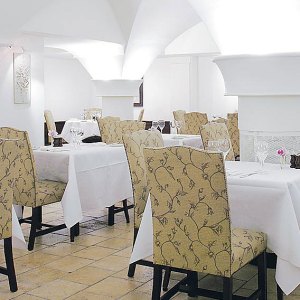 Irish history is inextricably intertwined with the English, and the Merrion’s pedigree is no exception. Mornington House, one of the hotel’s four renovated 18th-century townhomes on Dublin’s Upper Merrion Street, was the birthplace of Arthur Wellesley, the Iron Duke of Wellington, who defeated Napoléon at Waterloo. But the Merrion, which opened in 1997 following a $43 million restoration, has its own story to tell, and the tale is as Irish as the debates that rage across the street from the hotel in the Houses of Parliament. In the 18th century, Dublin experienced a renaissance that transformed the medieval town into a great Georgian city. The Merrion reflects the classical motifs of that era, with details such as bedside lamps modeled after 18th-century delftware and delicate rococo stucco birds that rest in acanthus leaves on Mornington House’s 14-foot-high ceilings. Accommodations All of the 123 rooms and 20 suites have marble fireplaces and 14-foot ceilings. The penthouse offers views of the Dublin skyline. Facilities The Tethra Spa features a pool and an Italian marble steam room. Guests also can unwind by strolling the 18th-century garden or browsing the collection of 19th- and 20th-century art on display throughout the hotel. Dining The Cellar Restaurant serves lunch, dinner, and Sunday brunch. Restaurant Patrick Guilbaud, the only Michelin-two-star restaurant in Ireland, is known for inventive dishes such as veal sweetbread with licorice. Concierge Recommends After perusing the works of Jack B. Yeats in the Merrion’s bar and front hall, take a private curator tour of “Masquerade and Spectacle: The Circus and the Traveling Fair,” an exhibition of the artist’s oil paintings in the nearby National Gallery. Rates From $620 for a superior room to $3,690 for the penthouse suite.