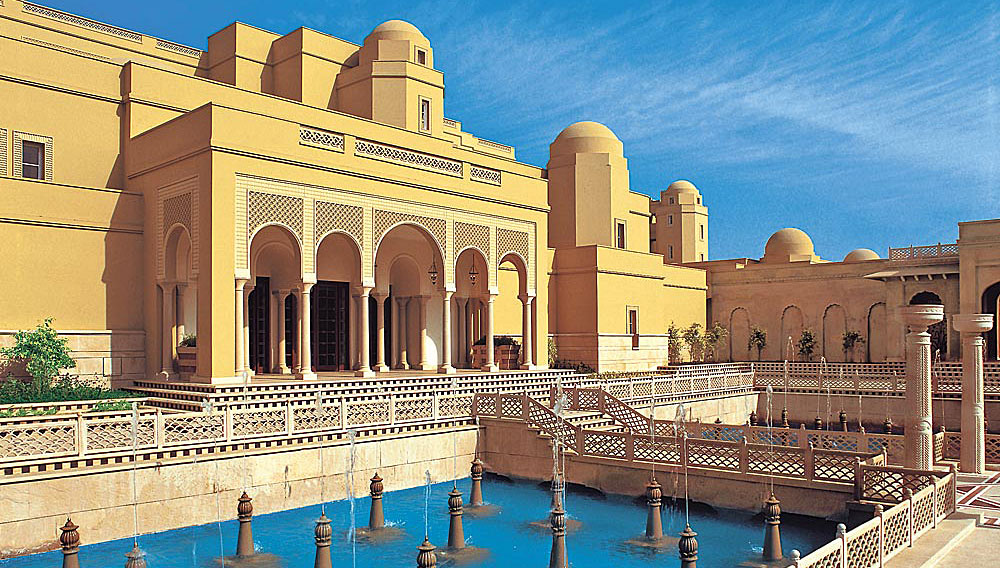 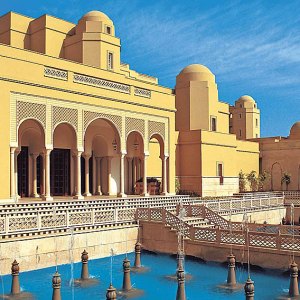 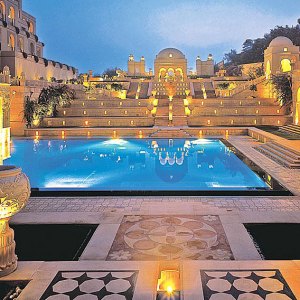 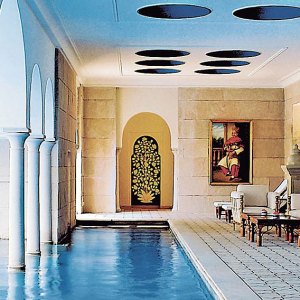 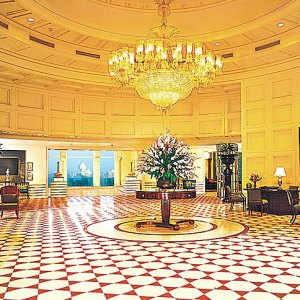 From just about any vantage point at the Oberoi Amarvilas, you are reminded of why you came to Agra: The Taj Mahal—built in the mid-17th century by the Mughal Emperor Shah Jahan as a tribute to his deceased wife—sits just a few hundred yards away and is visible from each of the hotel’s 102 guest rooms. The Oberoi pays homage to the Persian-Moorish style of its imperial neighbor with ornamented domes and arches and a soaring gold and blue cupola in the lobby. Amarvilas means “eternal haven” in Sanskrit, and this eight-acre property indeed offers a respite (if only a temporary one) from the bustle of Agra. Beyond the grounds, the city streets are crammed with bicycles, rickshaws, camels, and elephants, and lined with vendors hawking everything from wooden snakes to woolen shawls. Accommodations Most of the hotel’s 102 guest rooms, which include seven suites, have private terraces with views of the Taj Mahal. Butler service is available on request. Facilities A gym, an outdoor swimming pool, a spa offering Western and Ayurvedic treatments, a business center, and five meeting rooms. Dining Sit on embroidered silk cushions while musicians and dancers perform during a traditional Indian meal at the hotel’s Esphahan restaurant. The Bellevue serves international fare in a more contemporary setting. Concierge Recommends Following the requisite Taj Mahal tour, visit the Red Fort, a walled city built by Emperor Akbar in the 16th century. Rates Premier rooms from $750. The Kohinoor Suite begins at $4,000.