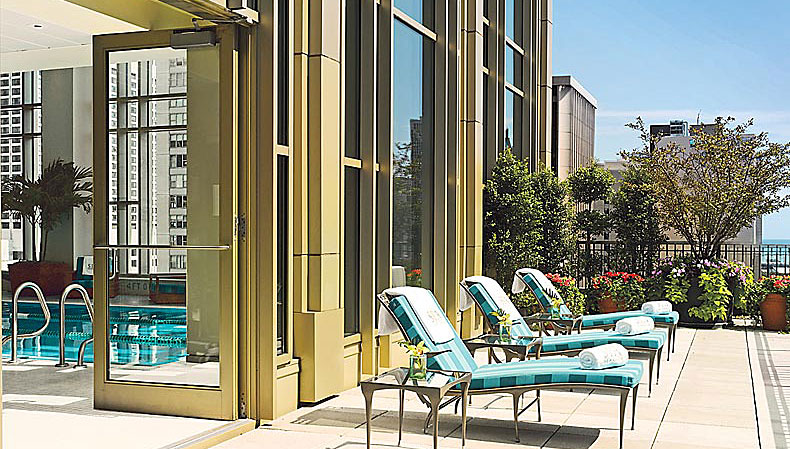 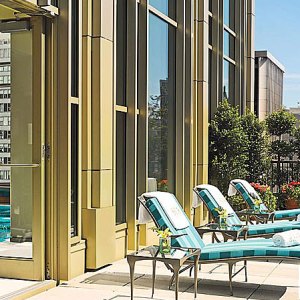 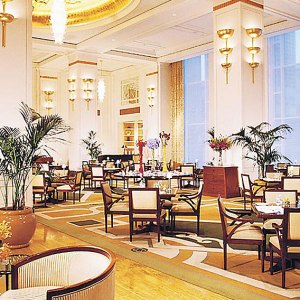 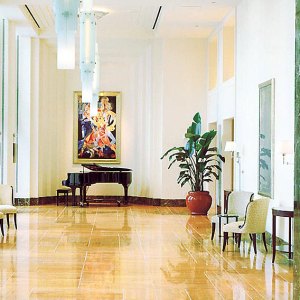 Sharp observers will notice that the panel of buttons in The Peninsula Chicago’s elevators excludes not just the 13th floor, but also the 7th. The latter omission was an effort by the Hong Kong–based The Peninsula Hotels group to acknowledge the beliefs of Asian cultures, many of which consider buildings with an odd number of floors to be unlucky. Because it already had skipped a 13th story in deference to Western sensibilities, the Peninsula had to remove another story to culminate on an even-numbered (20th) floor. Superstitions are not the only ways in which East meets West at The Peninsula. The hotel’s spa offers Thai massage and an aromatherapy treatment that is said to eliminate the effects of jet lag. Shanghai Terrace, The Peninsula’s Chinese restaurant, serves such Cantonese favorites as kung pao chicken, wok-fried vegetables, and dim sum. Accommodations The 339 guest rooms and suites include the Peninsula Suite, which has a 2,000-square-foot outdoor terrace with a Jacuzzi. Facilities Five meeting rooms, a grand ballroom, and a 15,000-square-foot fitness center and spa. Dining Curtis Duffy, the Chef de Cuisine at Avenues restaurant, also recently named one of the “legacy chefs” at the James Beard Awards in May 2010, has an impressive background, including Chef at the award-winning Charlie Trotter’s, Pastry Chef at Trio, and joining esteemed colleague Grant Achatz in opening the acclaimed restaurant Alinea. Upon joining Avenues as Chef de Cuisine in 2008, he immediately garnered rave reviews for his creative cuisine. The restaurant has received numerous awards, including perfect four-star ratings from Chicago magazine and Chicago Tribune, a perfect five-diamond rating from AAA, a five-star rating from CS magazine, Forbes (formerly Mobil) Four Star rating and now a legendary two stars from the Michelin Guide. Shanghai Terrace serves Chinese cuisine in a setting that resembles a 1930s Shanghai supper club, while the hotel’s lobby hosts Sunday brunch and afternoon tea. Concierge Recommends Explore Chicago’s 24.5-acre Millennium Park, where, among other things, you can attend an outdoor concert at the Frank Gehry–designed Jay Pritzker Pavilion in the summer, or reserve the ice rink at McCormick Tribune Plaza for a private skate in the winter. Rates Starting at $525 for a superior room and rising to $7,500 for the Peninsula Suite.