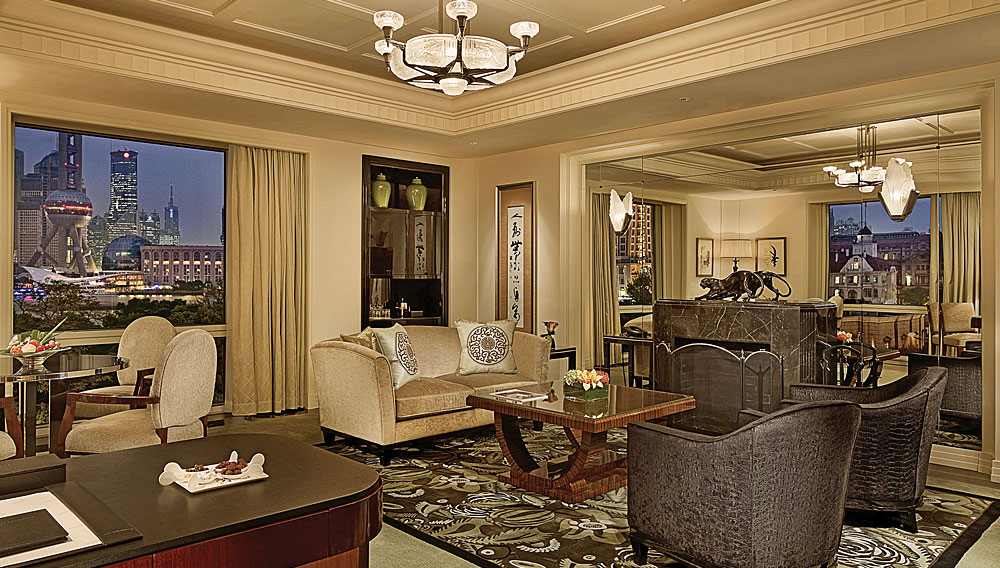 On the first Saturday of each month at The Peninsula Shanghai (+86.21.2327.2888, www.peninsula.com), 87-year-old musician Zheng Deren plays with his 18-piece jazz band and fills the hotel’s triple-height lobby with the booming sound of the double bass. The music harks back to Shanghai’s heyday during the 1930s and ’40s, when Zheng would perform for a crowd of 1,000 at the Paramount Dance Hall. The Peninsula’s 15-story Art Deco–style facade also evokes Old Shanghai—even though the property is entirely new.

In fact, the 235-room Peninsula is the first new construction in Old Shanghai’s riverfront Bund district in more than 60 years. Outside, the hotel blends seamlessly with its historic neighbors, while its Pierre-Yves Rochon–designed interiors combine an Art Deco aesthetic with modern conveniences that include a complimentary Internet-based international calling system in the guest rooms. Top-floor rooms have the best views across the Bund to the futuristic Pudong district, but all guests can enjoy the juxtaposed panorama of old and new Shanghai from the Peninsula’s rooftop Sir Elly’s restaurant and bar. ($470– $12,450)