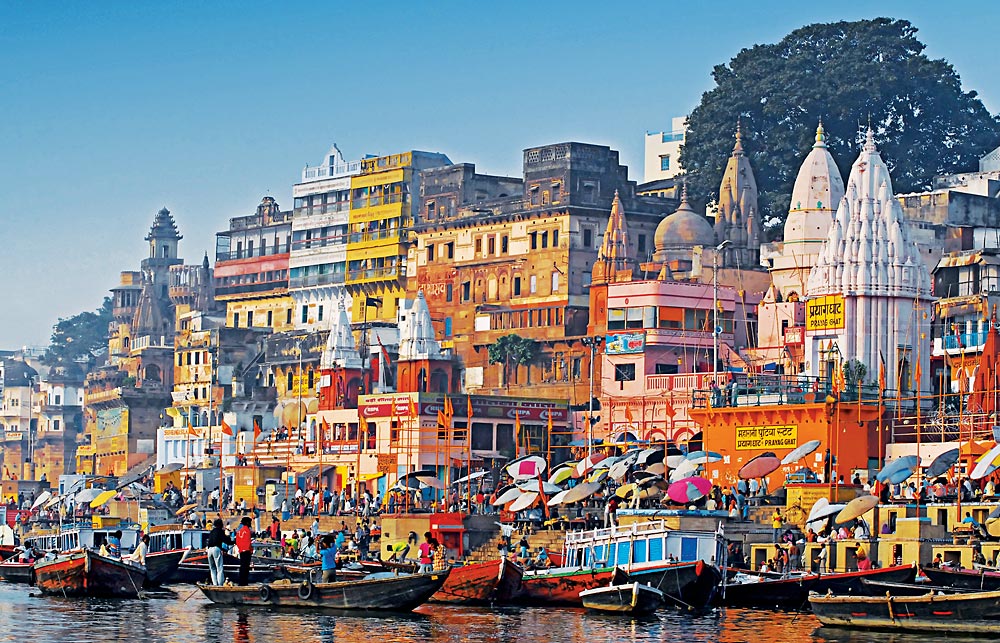 What » A pilgrimage by private jet to explore the origins of Christianity, Judaism, Islam, Hinduism, Buddhism, and Sikhism.

Who » TCS Expeditions specializes in themed around-the-world trips by private jet. The Seattle-based company typically charters a Boeing 757 for its approximately 24-day-long journeys, which can accommodate as many as 74 clients at a time. “When we are hosting a couple or a group of four, there is a lot more flexibility,” says Jennifer DuBois, executive director of TCS. “We would be flying a private Lear or Gulfstream V, and, depending on the client’s schedule, we can have as detailed an itinerary [as a 24-day trip would] in less time.”

The Trip » “We based this trip on a book that National Geographic published in 2004 called The Geography of Religion: Where God Lives, Where Pilgrims Walk,” says DuBois, who adds that one or more of the book’s authors, possibly John Esposito or Desmond Tutu, could accompany the travelers on the excursion. “Our goal would be to arrange exclusive one-to-one meetings with significant religious and political leaders throughout the journey. The beauty of a private charter is that we can find out the client’s exact interests and arrange special experiences.”

DuBois recommends beginning the trip in Vatican City before heading to Israel, India, Ethiopia, Egypt, and Turkey. “Flying commercially, it could take you a week to get to just two of these destinations,” she says. TCS will plan a minute-to-minute itinerary for each stop during the trip, but the schedule is highly flexible. For instance, says DuBois, if the party decides midflight they want to skip Vatican City and head straight to Jerusalem, TCS will do its best to honor the request. “Of course we would verify landing permits,” she says, “but there is no reason it couldn’t be done.”

Assuming Vatican City remains on the itinerary, TCS will arrange a private visit to the Vatican Museum followed by an after-hours tour of the grottoes beneath St. Peter’s Basilica. The grottoes, which date to the 10th century, contain popes’ tombs, including St. Peter’s.

In Jerusalem, the holiest place for Jews, Christians, and some Muslim sects, TCS can rent out the Israel Museum, arrange tours of the Western (Wailing) Wall, and set up a meeting with a local rabbi. TCS can also schedule an appointment with an expert on Israel’s current affairs, says DuBois.

From Jerusalem, the group will fly to Varanasi, India, the holiest city for Hindus, where TCS will arrange a rickshaw ride to the Ganges River. (Hindus believe that the Ganges cleanses the sins of those who enter its sacred waters.) Outside Varanasi, the party will visit the deer park at Sarnath, where Buddha gave his first sermon. In the nearby city of Amritsar, the group will pause at Harmandir (also known as the Golden Temple), the Mecca for the Sikh religion.

DuBois suggests flying next to Addis Ababa, Ethiopia, and heading north to Lalibela. Here, 800 years ago, Ethiopia’s Christian emperor attempted to create a “new Jerusalem” after Muslims captured the original. “The city wasn’t built like other cities,” says DuBois. “It was cut down out of rock. It’s incredible.” Today, 11 of the churches that the Christians carved from rock remain standing.

Next, the party will fly northwest to Cairo, a cultural center of Islam, and on to Istanbul, the crossroads of Christianity and Islam. “Today Turkey is mostly a Muslim country,” says DuBois, “but Istanbul was the seat of the Byzantine Empire for most of the time up until the Ottoman Empire.”

DuBois, who says she is not religious in an organized way, thinks this journey will have a profound effect on travelers no matter what their beliefs. “When you go to these places, you can’t help but question why we’re here,” she says. “From what I’ve seen, it doesn’t matter where you go—people believe there is a creator. Clients have said that, because of the spiritual nature of a lot of these places, their trip really was a life-changing experience.”

TCS will work with clients to create an experience along any theme or geographic specification. “If someone wanted a different religion-themed trip, there is so much we can do,” says DuBois. “Armenia is Christianity’s oldest nation. We haven’t even talked about Tibet, and in China you have Confucianism and Taoism. You could spend a year. . . .”

Price » About $1 million per person for a party of four.