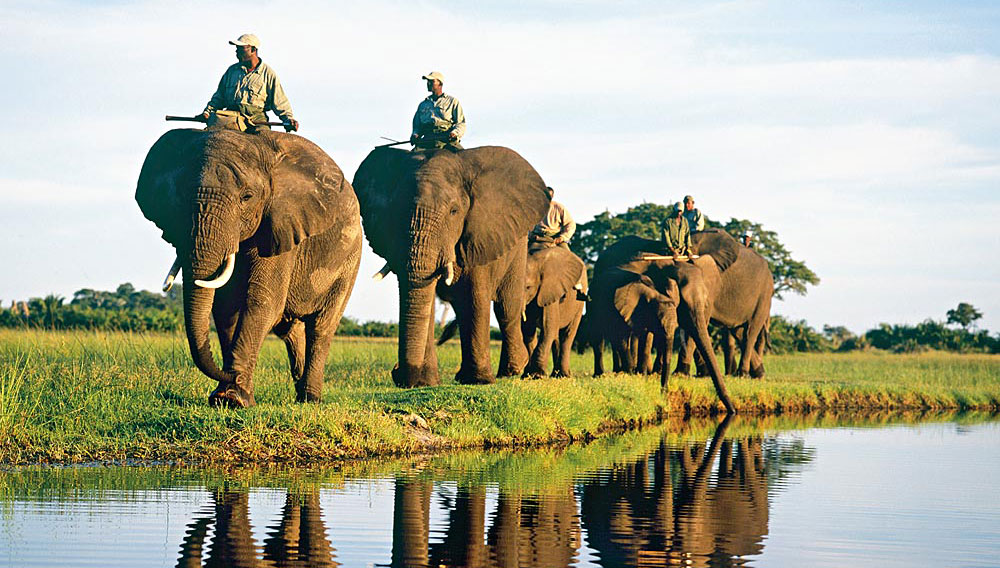 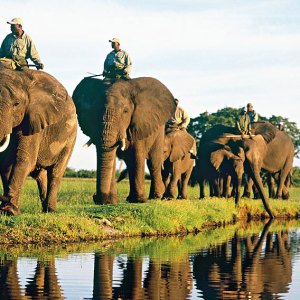 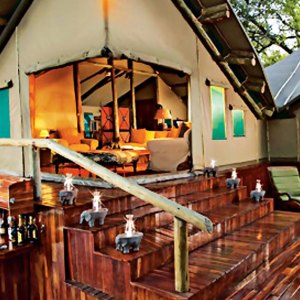 What » A cultural and ecological journey through South Africa, Botswana, Tanzania, and Kenya.

Who » Will Jones moved to London after spending the first 25 years of his life in six African countries. In 1999 he founded Journeys by Design, a travel outfitter that focuses exclusively on the continent he knows best. “The experiences that we arrange develop organically through personal relationships with our guides and our many years of living and working in Africa,” says Jones, who has a team of four full-time consultants.

The Trip » “This experience has been focused around quality guiding and an exposure to dwindling African cultures,” says Jones, who will arrange for his old school friend Pete Silvester to guide the travelers from the time they arrive in Cape Town, South Africa, until the day they leave from Kenya’s Oldonyo Laro private game reserve. “Pete will play host between the client and the local specialists,” says Jones. “He is the founding chairman of the Kenya Professional Safari Guides Association and is accustomed to hosting royalty.”

For a 15-day itinerary, Jones recommends that the travelers spend three nights at each of five destinations: Ellerman Villa in Cape Town, Abu Camp in Botswana’s Okavango Delta, the Faru Faru Lodge at Singita Grumeti Reserves in Tanzania, and two private game camps—Oldonyo Laro and Lemarti’s Camp—in the Kenyan outback. “We will arrange charter aircraft throughout and helicopters where relevant,” says Jones. “Private 4×4 vehicles will be used on the ground.”

When they arrive in South Africa, the travelers will be greeted by Silvester and adventure guide Mike Lorentz. “Mike is one of the best walking guides in southern Africa, and is able to interpret the bush better than anyone we know,” says Jones. Lorentz is also adept underwater, and he can lead the guests on a great white shark–diving excursion off the coast of Hermanus. Jones also recommends a trip to Robben Island, the former maximum-security prison where Nelson Mandela was incarcerated for 18 years. “The island is a fascinating story of hardship, struggle, and pain,” says Jones, “and an incredibly inspiring experience.”

The travelers will head from South Africa to Botswana, where they will visit an African elephant preserve run by Randall Moore, who has studied the animals for more than 35 years. At his camp in the 6,000-square-mile Okavango Delta, Moore prepares captive elephants for their return to the wild. Visitors to the facility stay in the nearby Abu Camp, which features six tents with decks overlooking a lagoon. Excursions include float trips down the delta in mokoros (canoes), and safaris on elephant back—the best way, says Jones, to observe the area’s abundant wildlife.

No wildlife-viewing experience, however, compares to witnessing the wildebeest migration in Tanzania, Jones says. He recommends timing this trip to coincide with the semiannual event. “The migration is in a constant state of flux,” he says, “but the best times in Tanzania are December through March and June through October.” While staying at Faru Faru, the travelers can track the wildebeest—and the predators that follow the herds—with Lee Fuller, the preferred guide of hedge-fund billionaire Paul Tudor Jones, who owns the 547-square-mile Grumeti Reserves.

In Kenya, Silvester will guide the party through Hell’s Gate national park, and he can arrange for local Maasai to perform for the travelers during their stay at Oldonyo Laro, on the edge of Africa’s Great Rift Valley. The 65,000-acre estate, with its seven canvas-sided cottages, accepts just six bookings (on an exclusive-use basis) per year. “There are few people who know anything at all about Oldonyo Laro, and fewer who have visited the ranch,” says Jones. During their stay, the guests will have unlimited use of a plane and a seven-passenger EC130 Eurocopter to reach remote regions of East Africa.

Also in Kenya, fashion designer Anna Trzebinski and her husband, Loyaban Lemarti—a Samburu warrior—will host the party at the couple’s five-tent Lemarti’s Camp. Lemarti will lead the guests through the hills and forests around his homeland, where urbanization threatens the wilderness and the culture it supports. “Lemarti is the first generation from his culture to be truly exposed to the new world,” says Jones, though he adds that travelers can still find the old world in Africa. “Every time I visit, I feel as though I have traveled through time and am able to better consider my place in this complex world.”

The Exclusive » Depending on the timing of the trip, Jones can arrange for the group to join the world’s leading African anthropologist, Richard Leakey, for a night at his latest dig site, the Turkana Basin Institute in Kenya. Leakey will discuss the origins of man and his findings, which include some of the earliest hominid fossils.

Price » From about $60,000 to $110,000 when booked for a party of four; the price can vary extensively, depending on the mode of travel and whether clients wish to book accommodations exclusively.