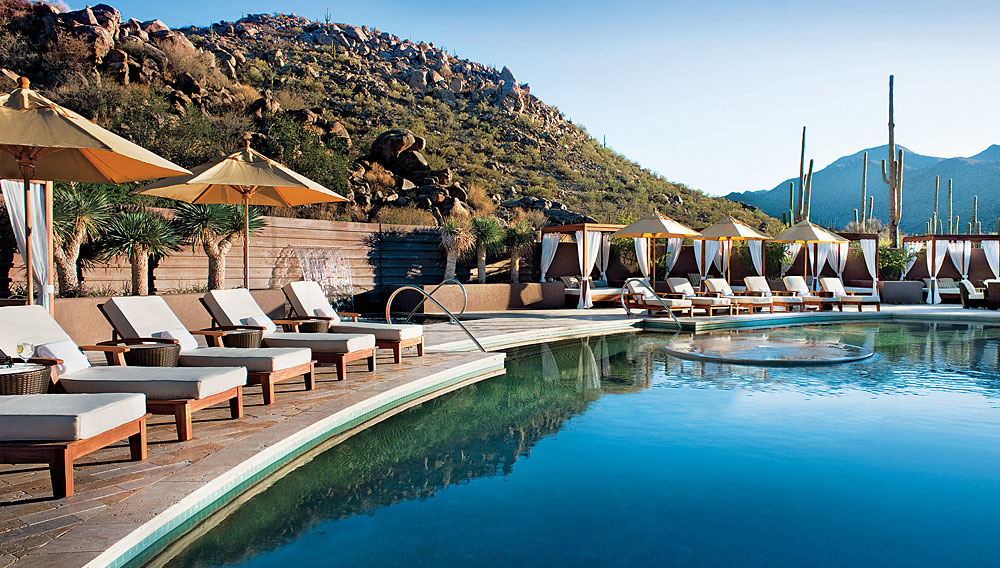 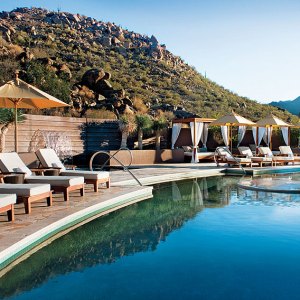 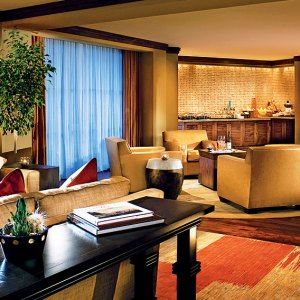 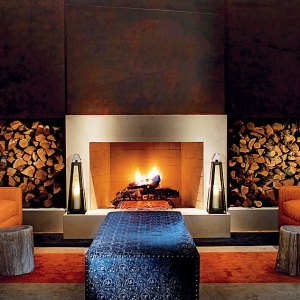 The Ritz-Carlton, Dove Mountain had already hosted a PGA Tour event by the time the resort opened in December. The 253-room property, which is set on 850 secluded acres outside Tucson, Ariz., features 27 Jack Nicklaus–designed holes that debuted in early 2009, in time for that year’s Accenture Match Play Championship. But while it is fast becoming known for its golf-course greens, Dove Mountain is equally appealing for its beiges and browns.

Every room at Dove Mountain affords views of the surrounding desert landscape, which the resort kept in its natural, nonirrigated state. More than 20 miles of hiking, biking, and equestrian trails cut through the terrain, winding past stands of mature saguaro cacti. Dove Mountain’s developers shifted the original plans for the resort’s main building by 25 feet, so as not to disturb two 300-year-old saguaros that are now just off the main dining terrace. Of the resort’s five dining venues, CORE Kitchen & Wine Bar is making a name for itself thanks to chef Joel Harrington (formerly of Fearing’s in Dallas) and his Southwest-influenced American cuisine. The Ritz-Carlton, Dove Mountain, 520.572.3000, www.ritzcarlton.com