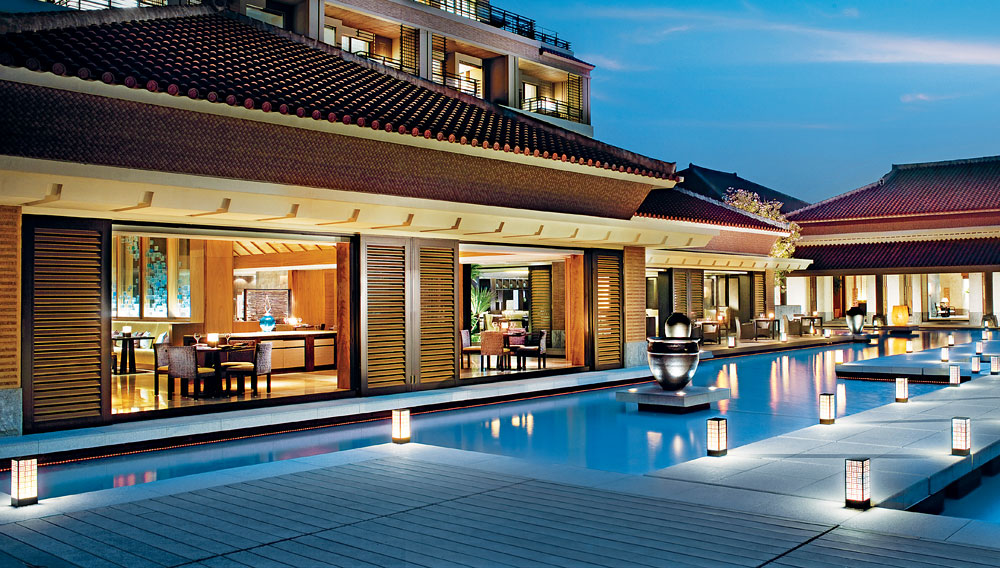 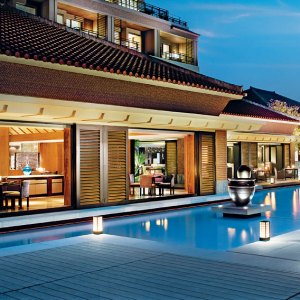 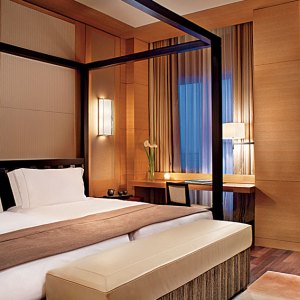 Okinawa has been a favored tropical destination for generations of Japanese. With the recent opening of its first luxury-brand hotel, the 160-island chain is now primed to become popular the world over.

The former Kise Bettei, an upscale resort built on the chain’s main island in 2007, closed for eight months of renovations prior to reopening this past May as the Ritz-Carlton, Okinawa. Overlooking the Kise Country Club golf course, the 97-?room resort resembles a gusuku, or castle, with steep ramparts that descend to a surrounding moat. Main structures mimic traditional Ryukyuan architecture with kawarra-tiled roofs and locally cut coral-limestone blocks that echo the coral fences of nearby islands.

The Ritz-Carlton serves Okinawan, traditional Japanese, Italian, and Western fare in its four restaurants and three bars, and offers picnic lunches on its private beach. Views from the stand-alone, 10-room Espa facility showcase the property’s best feature: its location between the East China Sea and the biodiverse Yanbaru Forest, the latter of which was nominated this year for inclusion on the UNESCO World Heritage List.